Atlantic Digital Startup Academy (ADSA) helps digital startups develop and launch their offer in international markets. Through a support programme including mentoring, training, networking and events the Academy companies research new markets, test their products, develop know-how and form partnerships that will be fundamental to successful selling  in overseas markets. The Atlantic area is seen as a first step for startups to discover new markets, to benefit from training to test their offer, and to start doing business.

Atlantic Food Export is a project supported by the EU under the Atlantic Area Interreg Programme involving partners from 7 European regions. The project aims to improve competitiveness and increase exports of AA food sector SMEs primarily by encouraging business cooperation initiatives, such as export consortia. The project activities are intended to help the participating SMEs to overcome some of the barriers to internationalisation arising from their small size, structure, skill set or lack of resources.

Thisprojectrunning from 2018-2022was concerned with developing opportunities for cultural & creative industries (CCIs) within the specific area of tourism. Supported bythe Interreg Europe programme, it was grounded in a model of seeking to deliver improved local policy and outcomes through a combination of focussed engagement to determine the needs of key stakeholders coupled with investigating how aspects of best practice from elsewhere could best be adapted and incorporated to respond to those needs. The process involved two distinct phases: the first 3 years allowing partner organisations to learn extensively from each other’s perspectives, experiences and approaches while the final year was about putting that into practice on the ground. 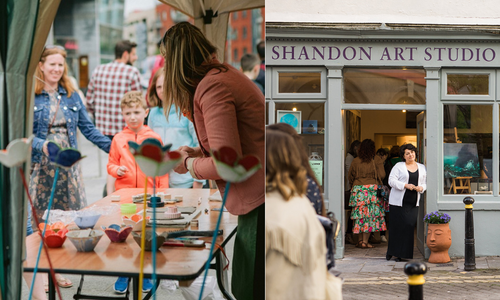 The Cork element of the project revolved around enabling and empowering four local art, design and craft organisations – Benchspace, Cork Craft & Design, Sample Studios and Shandon Art Studio. A set of actions were devised to deliver outcomes which will provide a basis for collective long-term benefits in terms of allowing a sometimes fragmented and overlooked sector of makers and creators – many of them individuals – not only to examine a new focus on tourism as a means of diversifying their offering but to speak and act with a more unified voice, to enhance their visibility and to foster a wider appreciation of their potential economic influence. 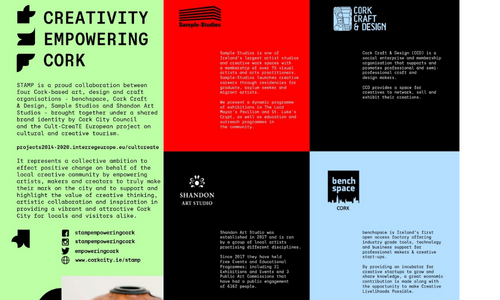 Inspired especially by the example of project partner city Dundee, a local branding and marketing support programme was co-created and delivered in early 2022. This ultimately produced a new grassroots umbrella cluster identity – STAMP – based on the concept of ‘’Cork empowering creativity…creativity empowering Cork’’ in order that the sector could properly make its mark on the city as never before. 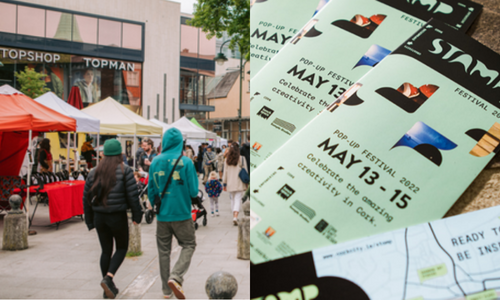 After pandemic restrictions had lifted, STAMP was rolled out to the public with a well-received weekend pop-up city festival in May with an emphasis on visitors and locals being able to actively experience Cork’s creative offering by doing and making. This involved 55 separate events in 11 city centre venues – including the animation and ‘meanwhile’ use of some vacant and derelict premises such as Queen’s Old Castle (Argos) and Kryl’s Quay (TEST-SITE) – an element based on a good practice from Nicosia. 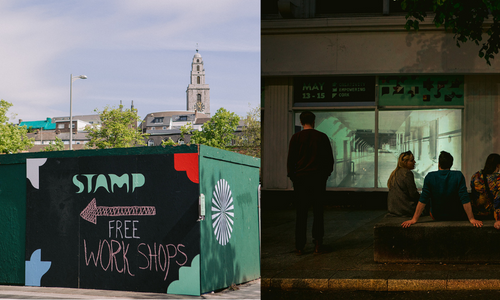 On the policy side, by shining a light on the tourism potential of Cork’s CCIs, the project managed to work an enhanced focus on the potential of the creative economyinto Cork City’s  Culture & Creativity Strategy 2018-2022 (part of the National Creative Ireland Programme) – something that is being subsequently strengthened in the 2023-2027 plan with a distinct pillar to be dedicated to Creative Industries. 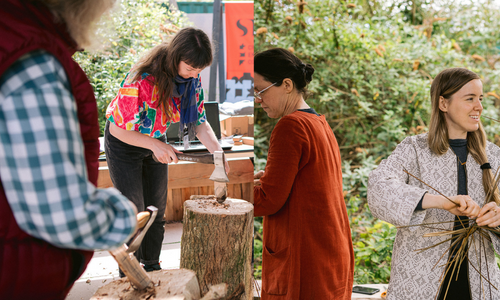 Looking much further ahead, while it is expected for starters that the festival will return in 2023, moves are ongoing to develop and consolidate STAMP beyond this annual showcase event alone as a platform to mobilise the city’s creatives to further bring a sectoral influence to bear on Cork’s physical development. In that vein, over the course of 2022, the project has specifically enabled its collective stakeholders to influence the city’s Arts & Culture Strategy 2022-2026 which includes a policy objective supporting the development of an arts creation space in the city centre. This corresponds with parallel successful efforts to press the case for creativity as a key element of Cork’s future attractiveness within the City Centre Revitalisation Action Plan and, in turn, securing an objective (10.15) in the new City Development Plan 2022-2028 ‘’to support the expansion of the cultural and artistic offering of Cork City Centre, including the development of a creative hub. 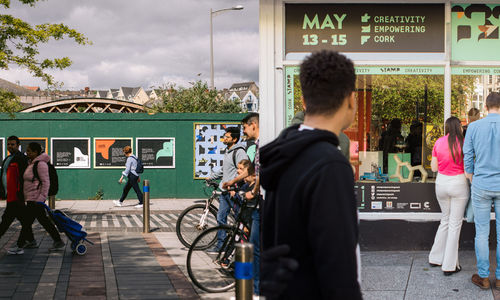 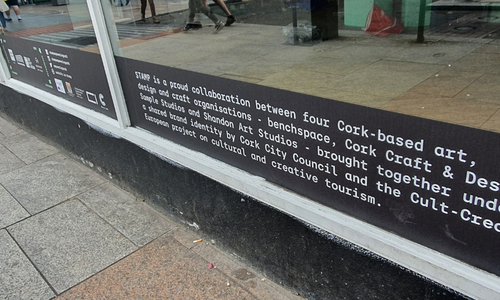