The Hunger Strikes at Cork Men’s Gaol and Brixton Prison drew intense global attention in during the autumn of 1920.  The initial protest by untried republican prisoners in Cork escalated after Lord Mayor Terence MacSwiney joined, following his arrest at Cork City Hall in early August 1920. 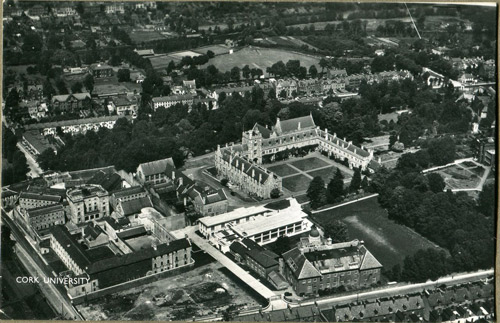 The continued hunger strike of 11 republican prisoners in the Men’s Gaol also drew intense press interest and generated enormous demonstrations by the people of Cork. Prayer vigils, public petitions, and periodic business shut-downs for ‘masses of intercession’ rocked the city through August, September, and October. 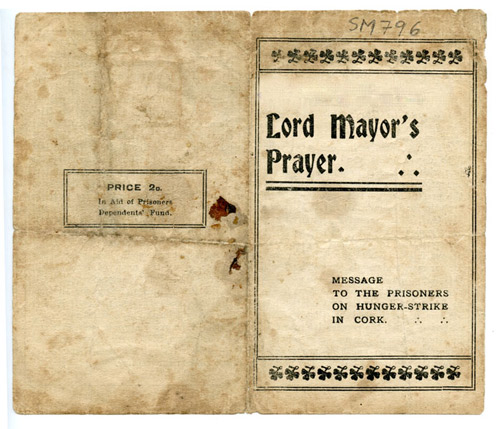 The crisis culminated with the deaths of Cork Gaol strike leader Michael Fitzgerald on 17 October, followed by Terence MacSwiney in London and Joseph Murphy in Cork, both on 25 October. Despite efforts by the British government to contain their funerals, the massive public mourning in Cork and across Ireland, stunned observers. 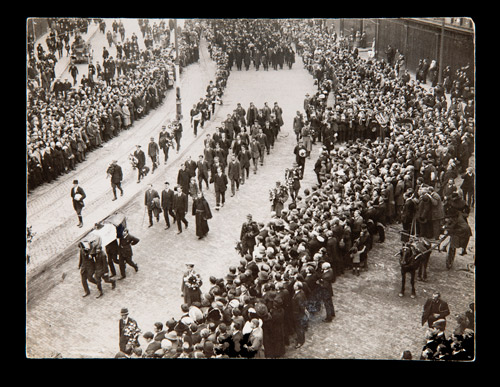 The remaining 9 strikers in Cork Men’s Gaol subsequently abandoned their strike, though the British administration recognised they had suffered a political defeat.  The hunger strikes had sparked sympathy for the Irish independence movement across the world, and seemed to have reshaped British public opinion about Ireland. 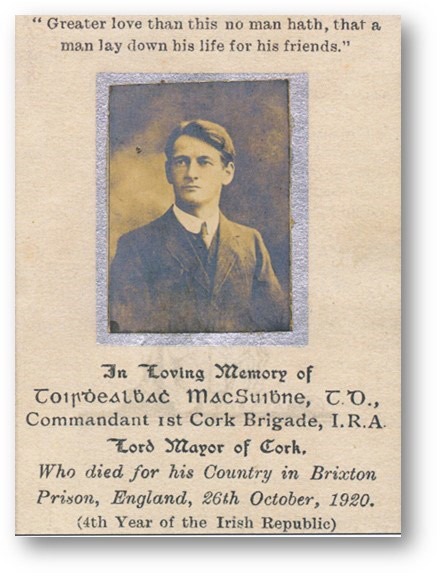 The hunger strikes in Cork and London was perhaps the most galvanizing episode of the Irish War of Independence, and made Lord Mayor Terence MacSwiney into a global symbol of patriotic protest among those who lived through those remarkable events a century ago.