Middle Parish Mural of the Burning of Cork

On December 11, to mark 100 years since the Burning of Cork, the Middle Parish Burning of Cork Mural was officially unveiled by the Lord Mayor of Cork, Cllr. Joe Kavanagh. 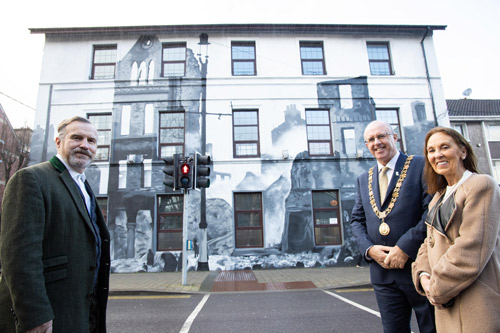 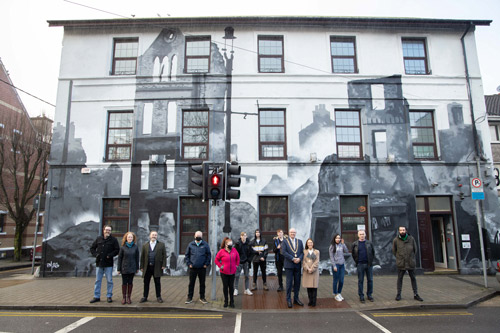 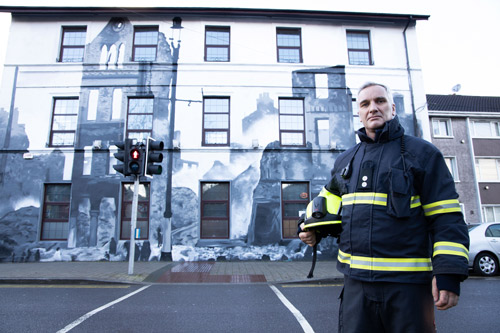 Special thanks go to the Lord Mayor’s Commemoration fund for enabling this tribute to the Fire Brigade of 1920. The mural of Sunner’s Chemist’s ruins is the most iconic and important image of the aftermath of the burning of Cork. 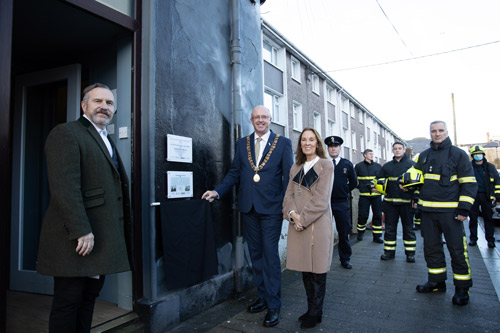 Spray painted by local artist Peter Martin on the Middle Parish Community Centre, known as Mechanics Hall in 1920 is a demonstrative sight to see. 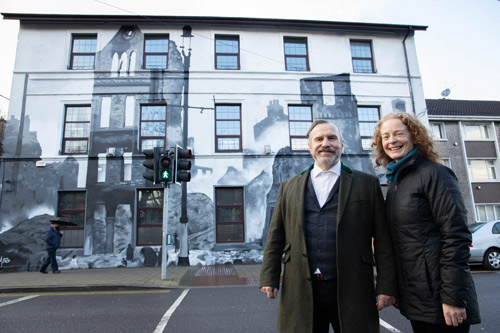 Fireman Timothy Ring and his team from The Grattan Street sub-station were the first on the scene to witness the chaos, mayhem, and madness of the most terrifying event to ever visit Patrick Street in the city centre of Cork. 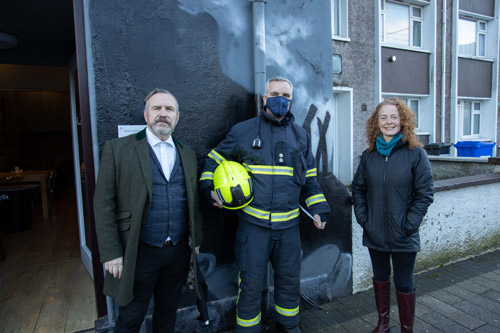 The fire service of Cork and later from Dublin, already exhausted continued to work, hindered, for 27 hours solid. 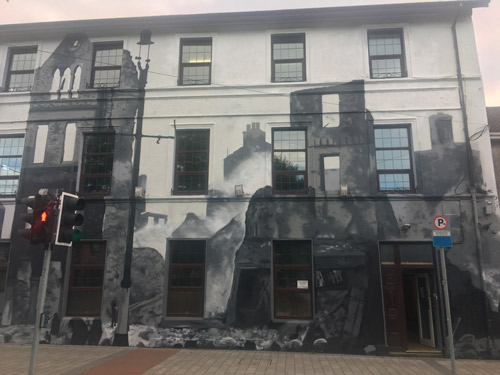 The image shouting off the walls of this community centre, that is one of two buildings still standing in Grattan Street that also stood in 1920, is designed to give the observer the vision that thousands of Corkonians had the day after the burning of Cork.

A decimation that could only be accomplished with incendiary and propellants that would make a fireman’s job to prevent destruction or save anything that was there the day before, almost impossible to achieve.