Terence MacSwiney has gone down in history as a martyr for Irish freedom, having undergone a 74 day hunger strike that generated world-wide attention and sympathy. But the significance of his life should not be reduced solely to the circumstances of his death, for from adolescence onwards he was an active participant in, and leader of, many of the movements that gave rise to the revolutionary  struggle on the island in his native Cork. 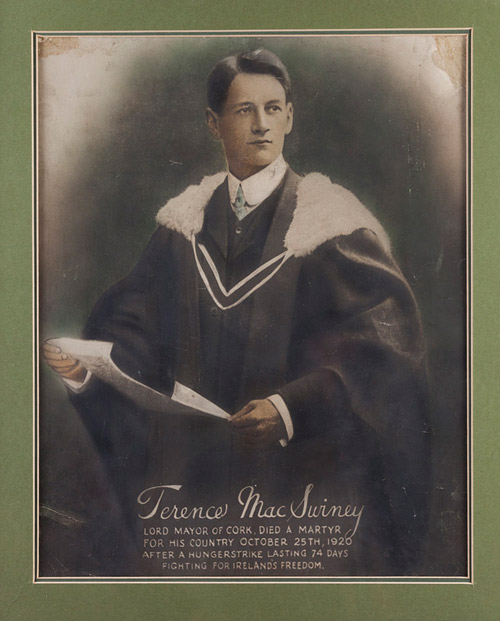 By turns a passionate physical force republican, a devout Catholic, poet and playwright, Irish language activist, pioneer of the Volunteer movement in Ireland, among many other roles (not the least of which was husband and father), his succession to the office of Lord Mayor of Cork and Commandant of Cork no 1 Brigade of the IRA following the murder of Tomás Mac Curtain raised his profile to new heights, and gave added depth and meaning to his fast in Brixton prison in London between August and October 1920.