Gerry White, Military Historian, discusses the exhibition Cork 1920 - The Burning of a City 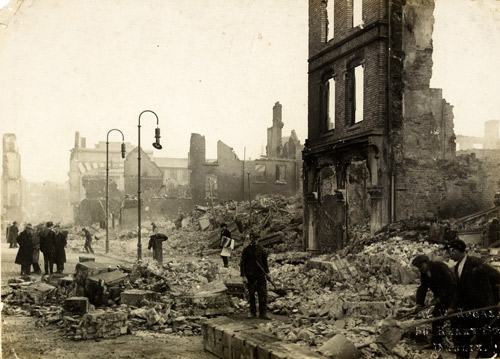 In 1920 some of the most shocking events of the War of Independence played out in Cork. Four years on from the Easter Rising and a year after Dáil Eireann’s first meeting, by 1920 the conflict was at its height. The Irish Republican Army (IRA) were raging guerrilla war on the British forces. The people of Cork experienced this as rebels, allies, law enforcement, secret agents, witnesses, and, sadly victims.

A hugely tumultuous year in the life of Cork City, Cork 1920 The Burning of A City brings to the fore this fascinating period that saw two Lords Mayor die tragically, the IRA successfully capture multiple RIC barracks, martial law imposed and the Crown Forces’ image of invincibility wane.

After an already traumatic year, the most dramatic events were yet to come to a head with the Burning of Cork City on 11 December. 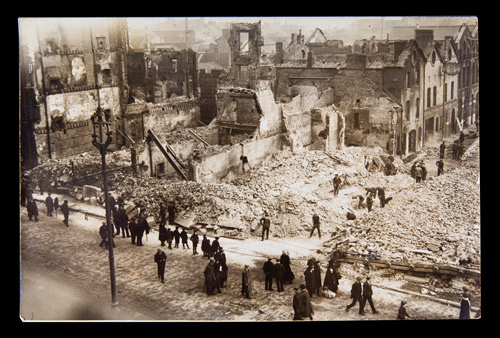 Through photography, audio-visual elements and carefully composed copy, the exhibition at St. Peter’s Cork highlights the events leading up to the Burning of Cork, the witness testimonies of the night itself and the aftermath – for the citizens of Cork and the wider country too.