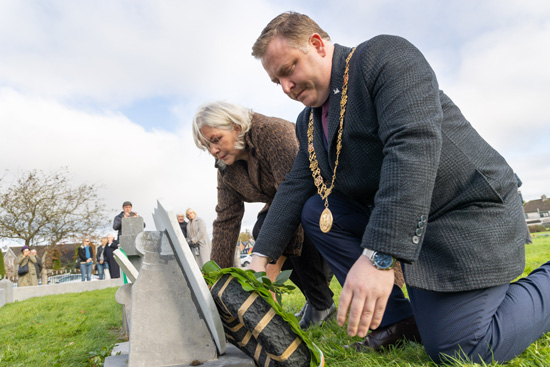 On Monday November 15th 2021, Lord Mayor Cllr. Colm Kelleher officiated at several events commemorating the centenary of the death of Alderman Tadhg Barry, who was shot dead by a British sentry at Ballykinlar Internment Camp, Co. Down, on 15th November 2021.

Barry, a well known journalist, served alongside Tomás MacCurtain and Terence MacSwiney in the First Cork Brigade of the Irish Volunteers, and as an Alderman on Cork Corporation.

The Lord Mayor later opened a new historical exhibition “Tadhg Barry (1880-1921): Rebel and Revolutionary” at Cork City and County Archives, Blackpool.  The exhibition, part of Cork City Council’s Decade of Centenaries 1921 Programme, seeks to mark Tadhg Barry’s life and to raise awareness of his enormous contribution to the story of Cork in the tumultuous 1912-21 period. 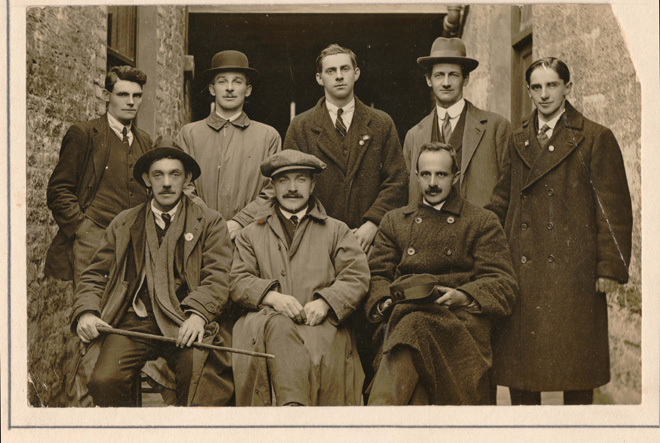 The launch of the exhibition took place in the presence of members of Barry’s family, elected representatives, representatives of the GAA and the trade union movement, and of UCC historian Dr Donal Ó Drisceoil, whose biography of Barry, ‘Utter Disloyalist’, was published on 5 November 2021.

Curated by historian Dr. Luke Dineen, the exhibition places Tadhg’s life in context, with themes covering the many areas of Cork life in which he was centrally involved: Home Rule politics; the creation of the Irish Volunteers; Republican politics and armed struggle; the labour and trade union movements; local government; journalism and literature; and Gaelic games and cultural activism. Original letters, documents and artefacts relating to Barry will also be on display.

The exhibition will run at Cork City and County Archives from Tuesday 16 November 2021 until Friday 1 April 2022. Public access is by appointment, subject to public health guidance. Small groups are also welcome by prior arrangement. Please see www.corkarchives.ie. 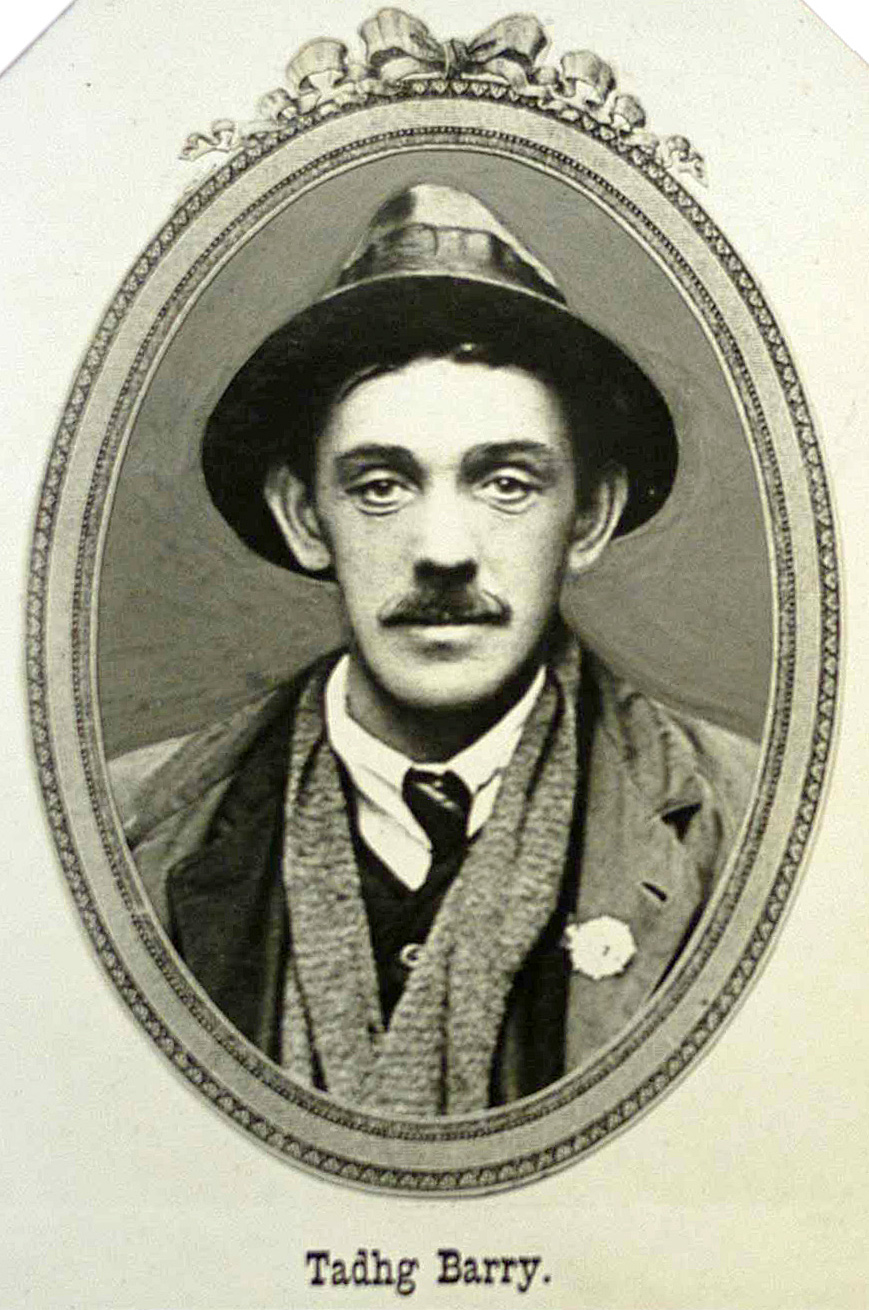 Born and raised on Blarney Street, Cork, Barry, a well-known journalist, served alongside Tomas McCurtain and Terence MacSwiney in the First Cork Brigade of the Irish Volunteers, and as an Alderman on Cork Corporation. Tragically, Barry was one of the last prominent republicans to be killed by Crown forces, before the signing of the Anglo-Irish Treaty of December 1921. Dublin came to a standstill when his remains passed through en route to Cork; a quarter of a million lined the streets and attendees included General Michael Collins, who left the Treaty negotiations in London to honour his fallen comrade. The funeral in Cork surpassed in scale even those of Terence MacSwiney and Tomás MacCurtain.

In addition to his involvement in the struggle for Irish independence, Tadhg was a committed trade unionist and socialist who fought for the rights of workers and farm labourers. He was also a pioneering organiser for Cork GAA, and wrote the first codified rule book for hurling, Hurling and How to Play It, published in 1916. As a writer, he used journalism and poetry to express his political and cultural beliefs. Active in Cork political and cultural life in key decades of the 1900s and 1910s, Tadhg’s story mirrors the move of a younger generation away from the Home Rule aspirations of the late 19th century towards republican and social justice activism, culminating in the emergence of the new State in 1922. Like many active in these struggles, Tadhg was often in prison, his brief hunger strike in 1917 foreshadowing that of Terence MacSwiney in 1920. Elected as an Alderman to the first Republican led Cork Corporation in the breakthrough local elections of January 1920, he was arrested a year later and sent to Ballykinlar internment camp in Co Down. He continued to promote his socialist views among his fellow inmates, even flying a red flag on the roof of his hut. Tragically, he was shot dead by a sentry shortly before his intended release under the Truce preceding the Treaty.

The film below, "Tadhg Barry Remembered", by Cork based production company Frameworks Films, provides an excellent insight into the life and times of Tadhg Barry.