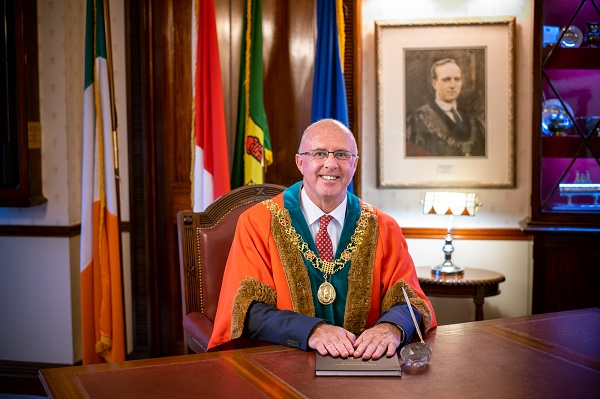 The Lord Mayor of Cork, Cllr. Joe Kavanagh was first elected to the North East ward nine years ago in 2011.

Married to Lady Mayoress, Stephanie and living in Montenotte, the couple have two sons, Glenn and Philip and one grandchild.

Born in Cobh, Co. Cork and educated at St. Colman's College, Fermoy, the Lord Mayor has a degree in marketing from Cork Institute of Technology. He worked as a tennis coach for 20 years but his coaching career was cut short by injury and he now works in sales.