On March 8 2020, as part of International Women’s Day, artist Jeannette Collins presented the portrait of Muriel MacSwiney to the then Lord Mayor, Cllr. John Sheehan and Lady Mayoress Aedemar Sheehan.

Artist Jeanette Collins was inspired by the strength of “Muriel” and this image is depicted with a modern twist of colour on a black and white image, which is created from an image of Muriel at her husband’s funeral.

In essence the art piece was inspired from Muriel MacSwiney’s impact and passion to bringing the Irish people’s plight to the fore in the US after her husband’s Terence MacSwiney’s death in 1920.

Muriel’s work was so significant that it earned her the freedom of New York City. Muriel was the first woman to receive this accolade, which set her tenacity apart in a time when women were not considered equals of men. 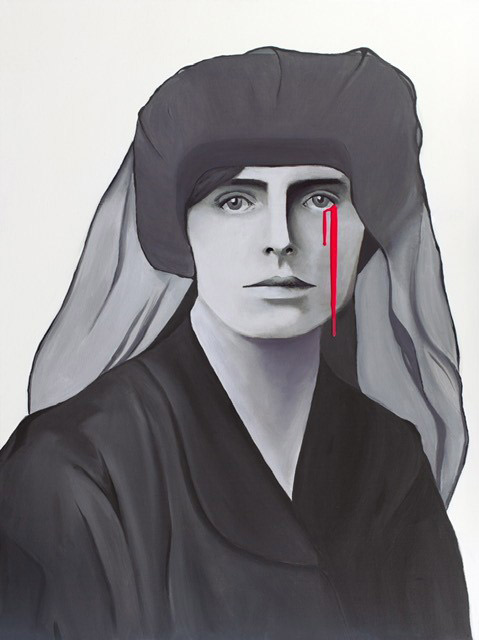 It was envisaged that the Lady Mayoress would present the art piece on behalf of the women of Cork to the Mayor of New York as a representation of the important link between the people of Cork and New York City.  However, this gesture was postponed due to the Covid19 pandemic.

This poignant art piece now hangs in St. Peters in North Main Street, where copies of the image are for sale. To order, please email info@stpeterscork.ie.