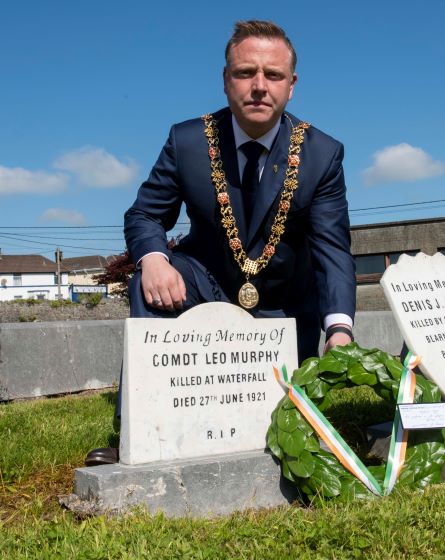 On Sunday 27th June 2021, the Lord Mayor of Cork, Cllr. Colm Kelleher, laid a wreath on the grave of Commandant Leo Murphy, marking the centenary of his death at the hands of Crown Forces.  Commandant Murphy, a Ballincollig native, was shot dead in a British military raid on June 27th 1921 at Waterfall, outside Cork City.

Cork City Council, through the Cork 2021 Commemorations Fund, is proud to support White Horse TV's play 'The Wall Between Us', about Commandant Murphy, written by Dick Beamish and directed by Pat Kiernan, featuring actor Jack Healy and supported by Cork City Council.  Watch an excerpt of the play here: