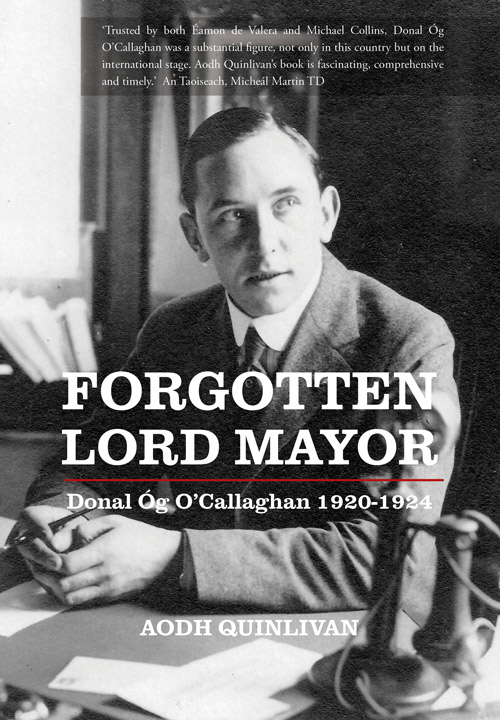 A new book on the third Lord Mayor of Cork to be elected in 1920, Donal Óg O’Callaghan, was published on Wednesday 4 November on the centenary anniversary of his election to replace Terence MacSwiney.

The story of O’Callaghan’s period as Lord Mayor (November 1920 to January 1924) unfolds in Dr Aodh Quinlivan’s latest book, Forgotten Lord Mayor: Donal Óg O’Callaghan 1920–1924. This book tells the story of someone who was a substantial figure on the local, national and international stages. 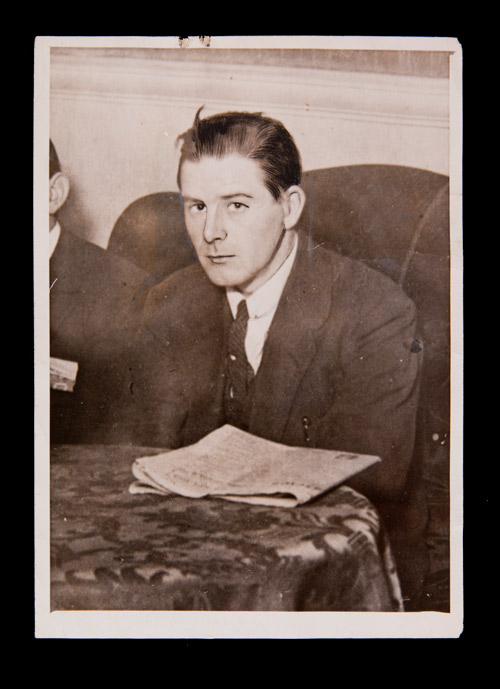 During a turbulent four-year period in office, O’Callaghan’s life was interwoven with the most notable events and figures in Irish political history – the War of Independence, the Burning of Cork, the Treaty, the Civil War, Tomás MacCurtain, Terence MacSwiney, Michael Collins and Éamon de Valera. As a Gael, a solider, a patriot, a staunch Republican and a devoted public servant, he helped lay the foundations on which Ireland was built.

Author and lecturer in politics in UCC’s Department of Government and Politics, Dr Aodh Quinlivan said: “Much has been written about the life and times of patriot Lords Mayor Tomás Mac Curtain and Terence MacSwiney but this book on Donal O’Callaghan, the third Lord Mayor to be elected in Cork that challenging year, is an original piece of work. He was straightforward man – direct, honest and, above all else, principled. There are many layers to the O’Callaghan’s story and I am delighted to have had the opportunity of bringing him to life. Hopefully, he will no longer be forgotten”. 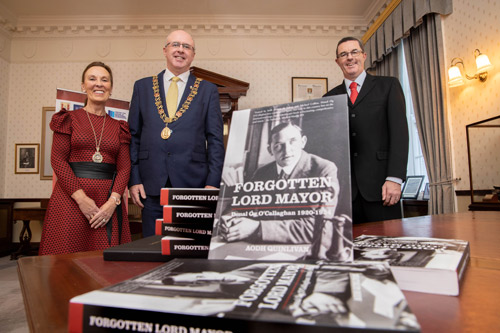 Lord Mayor of Cork Councillor Joe Kavanagh said: “During this year of commemorations it is a privilege to delve into the untold story of the third Lord Mayor of Cork to be elected in 1920, Donal Óg O’Callaghan. Forgotten Lord Mayor gives us a fascinating insight into the story of our city’s former Lord Mayor and the political landscape he navigated during this tumultuous time in Irish history.  Aodh has done us a great service by bringing Donal Óg O’Callaghan’s fascinating story to life.”

Forgotten Lord Mayor: Donal Óg O’Callaghan, 1920-1924 will be available to purchase from the New Civic Offices at Cork City Hall (phone 021 4924378 to place an order. You can also purchase online), at Waterstones, Vibes and Scribes on Lavitt’s Quay and St Peter’s Cork on North Main Street and costs €15.