The history makers in Cork 1920 were ordinary people with deep rooted convictions. Therefore, central to celebrating these ordinary people and extraordinary times are the communities, who have in the decades since, kept their story alive.
Please click above to a watch a Cork City Council-funded community project - a documentary and pre recorded play - on the life of Cork hunger striker, Joseph Murphy from Ballyphehane - who died in Cork Gaol on the same day as then Lord Mayor of Cork, Terence MacSwiney died in Brixton Prison. 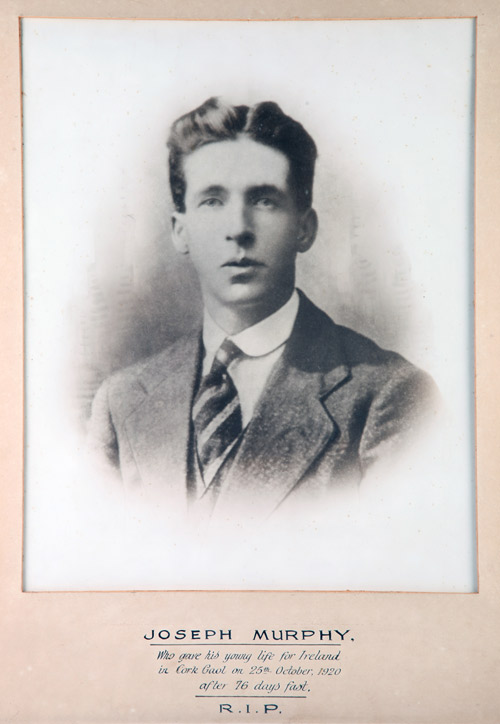 ‘My Unsung Hero’ is his family and community’s tribute to his sacrifice - a sacrifice that many believe was lost in the national and international outrage at the death of MacSwiney.
Directed by Joe Murphy’s grandniece Shirley Kelleher, the documentary Joe Murphy, The Boy From Pouladuff, tells the courageous story of a young Irish hero and that of his family and their relentless efforts to honour his legacy.
My Unsung Hero is a play about Murphy’s life and is written and produced by Maurice Dineen, co-written by Elizabeth Scanlon and directed by Catherine Mahon Buckley.
The play  is set around the kitchen table, where Joe Murphy’s mother, Nora Murphy recounts the adventures and challenges she and her son faced throughout the revolution.
An honest story from the perspective of both family and history.