The Burning of Cork Ceremony 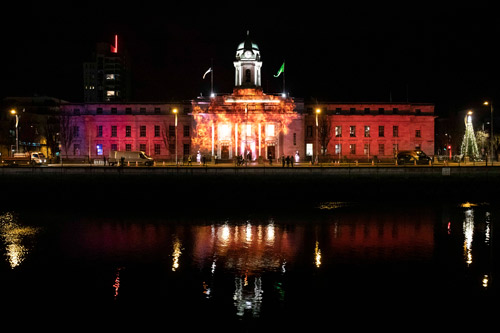 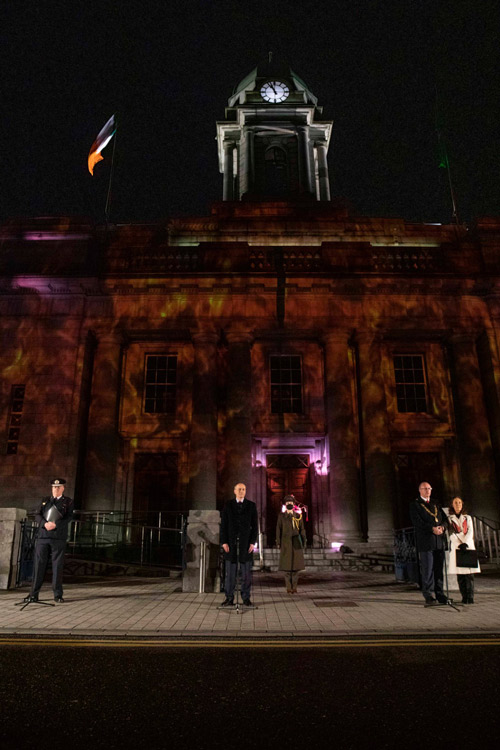 Surrounding streetlights and festive lights were dimmed in advance and imagery of burning flames was projected onto part of City Hall's river-facing façade as the participants spoke. 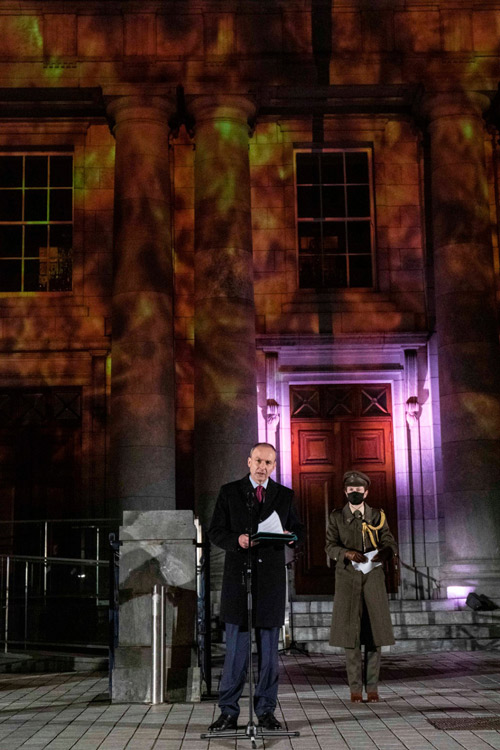 The Lord Mayor said: “It was an honour to represent the citizens of Cork at this small ceremony which unfortunately, due to ongoing public health guidelines, could not be made open to the public. Cork saw more episodes in the War of Independence than any other part of the country. The most catastrophic of all was the Burning of Cork on the night of December 11 and morning of December 12 1920, exactly 100 years ago” 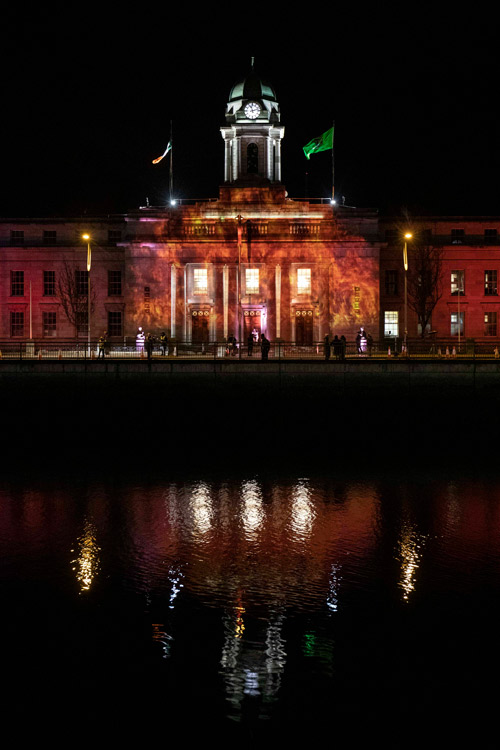 “Over five acres of the city centre was set alight and citizens, lives were thrown into chaos and fear. The torching of the city destroyed 40-50 buildings, seriously damaged at least 200 more and left another 2,000 people unemployed and many homeless afterwards. “Unfortunately, much of Cork City’s planned commemorative events were severelly compromised due to Covid-19. However, I strongly believed that this event needed to be remembered and recognised sensitively, not only in the second city but across the country” said the Lord Mayor of Cork. 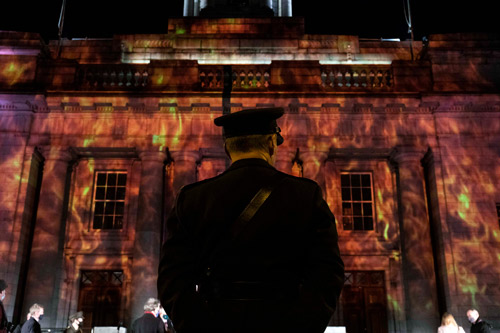 Chief Fire Officer, John Ryan said: “We, in Cork City Fire Brigade, are privileged to follow in the footsteps of Captain Alfred J. Hutson and the firefighters who gallantly fought to control this conflagration on the streets of Cork. We can only stand in awe at their fortitude and bravery and we humbly salute them. Indeed, descendants of some of these firefighters continue to serve in the Brigade today”. 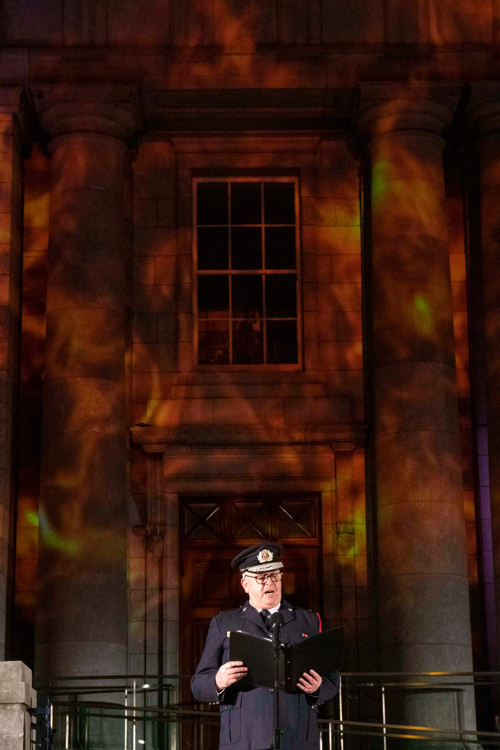 Cónal Creedon, who received the Lord Mayor’s Culture Award earlier this year, read from the writings of fellow Cork author, Frank O’Connor: “Next morning when I wandered among the ruins, it was not the business district or the municipal buildings that I mourned for, but the handsome red-brick library that had been so part of my life from the time when as a small boy I brought back my first western adventure story over the railway bridges”. 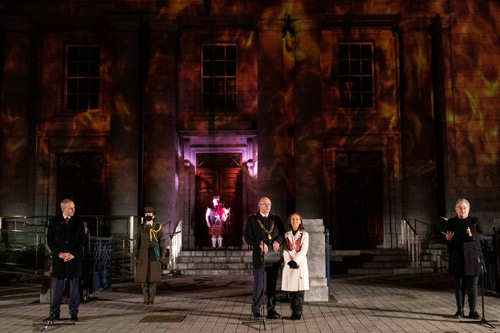 Part of the streamed ceremony was pre-recorded earlier this week on St Patrick's St which had been at the heart of the destruction 100 years ago. A vintage wheel escape appliance was placed on St Patrick’s Street for the occasion and bagpipers from Cork City Fire Brigade played ‘Amazing Grace’. 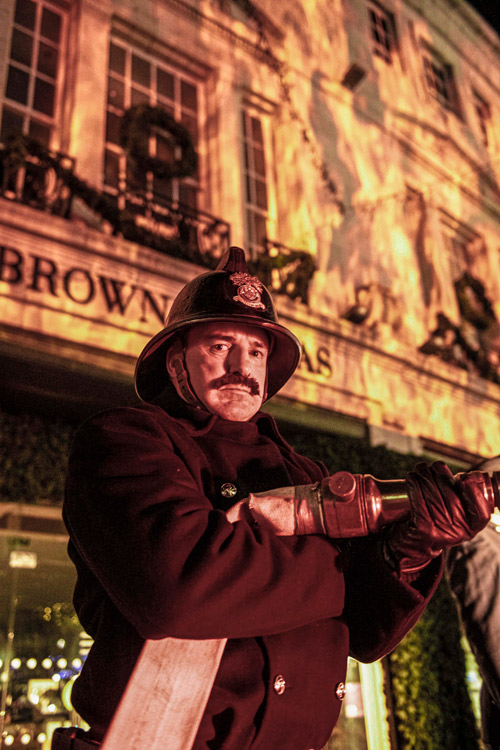 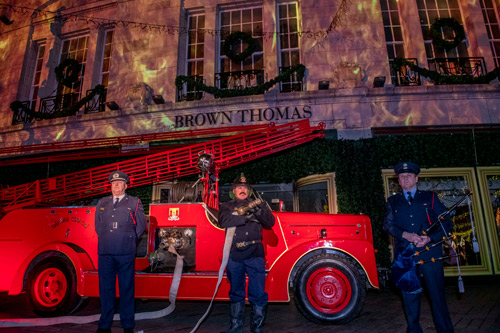