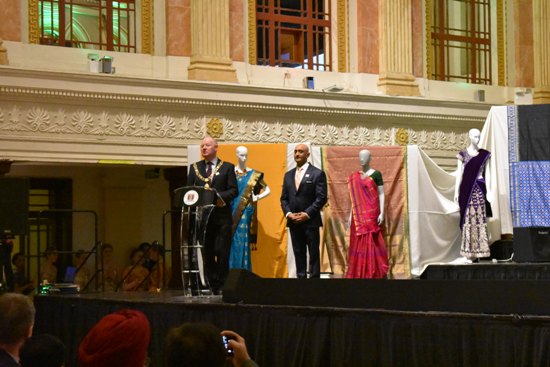 India's Republic Day was celebrated at City Hall on today and as part of Cork City Council’s Decade of Centenaries programme, where a speech was delivered on the influence that Cork’s martyred Lord Mayor, Terence MacSwiney had on Mahatma Gandhi.

A lunchtime of colourful song and dance was presented by the Indian Embassy in the presence of Ambassador, Sandeep Kumar. Ambassador Kumar spoke about India's relationship with Ireland and an Indian banquet was served.

Cork City Librarian, Liam Ronayne delivered a speech on the the international influence of Terence MacSwiney, in particular the influence he had on the Indian struggle for independence.

“The life and writings of Terence MacSwiney struck a chord with people all over the world in the aftermath of World War I – people seeking freedom for their own nations.  He was described as inspirational by the father of the Indian nation, Mahatma Gandhi who had returned to India five years earlier to devote his life to making his native country free of the British Empire, “ Mr. Ronayne said.

Republic Day honours the date on which the Constitution of India came into effect on 26 January 1950.