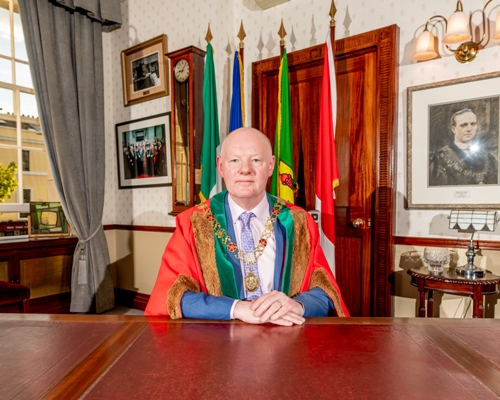 Cllr. John Sheehan was elected as the first Lord Mayor of the newly expanded Cork City at an historic Annual Meeting this evening.

“I would like to welcome the new areas into an expanded City. An additional 85,000 people are now residents of Cork City.   The  boundary extension which is the first in over 50 years poses tremendous opportunities for the City. We also have  challenges ahead. Globally we have issues such as climate change that we urgently need to face and reassess how to change the way we live.  This is a challenge that should be grasped by us all. Doing nothing is not an option. Nationally and locally, we need as a society to address the housing issue on many levels and to continue to be proactive in addressing the needs of our citizens. Regionally there is the challenge of Brexit and the uncertainty that that brings for investment and planning in our city”.