WE ARE BACK OPEN

SOCIAL DISTANCING MEASURES ARE IN OPERATION IN ALL AREAS OF THE MUSEUM.

Please note: Not all galleries of the museum will re-open. All areas on the first floor will remain closed for the time being. As are the public toilets. However, all exhibitions not re-opening are online for viewing.

You can view our current exhibition below. Just click on the title or image 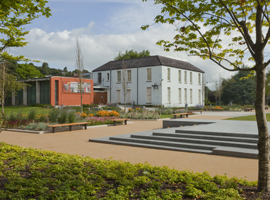 Cork Public Museum is the oldest local authority museum in Ireland, celebrating its 75th anniversary in 2020.

The museum is housed in two buildings: a mid-nineteenth century Georgian style house, and a modern extension that was opened in 2005.

The old museum building originally began life as the private residence of Charles Beamish, a member of the famous brewing family. We believe the house was built in the mid-1860s, but his premature death in 1867 meant that Charles only lived the house for a couple of years. In order to support his young family after his death, the house was put on market to be leased for seven years. An advert in The Constitution describes the house as having “three spacious reception rooms, a library, six principal bedrooms, servant’s apartments, kitchen, and servant’s hall”. The building came with nine acres of “lawn, gardens and luxuriant plantations”, as well as a coach house, harness room and stabling for six horses.

and (right) a window pane from the museum building engraved, 'Caroline Beamish 12th May 1872'.

The house was occupied by the Bon Secour nuns between 1869 until 1879, who used the building as their headquarters from which they administered home care for the sick in the city. They eventually set up a convent and later a hospital on College Road. In the subsequent decades, the house had several private owners including Lord Mayor Barry J. Sheehan and Councillor Cornelius Desmond who helped develop and maintain the house and gardens.

A major turning point in the building’s history occurred at the beginning of the twentieth century when Cork hosted two 'International Exhibitions' on the Mardyke. The success of the 1902/1903 Cork International Exhibitions, where a profit of £6,500 was made, allowed for the purchase of the house and adjacent land. These were later gifted to the city on condition that a public park and museum were established. Though Fitzgerald Park was opened to the public in 1904 under private management, it passed into full public ownership three years later. 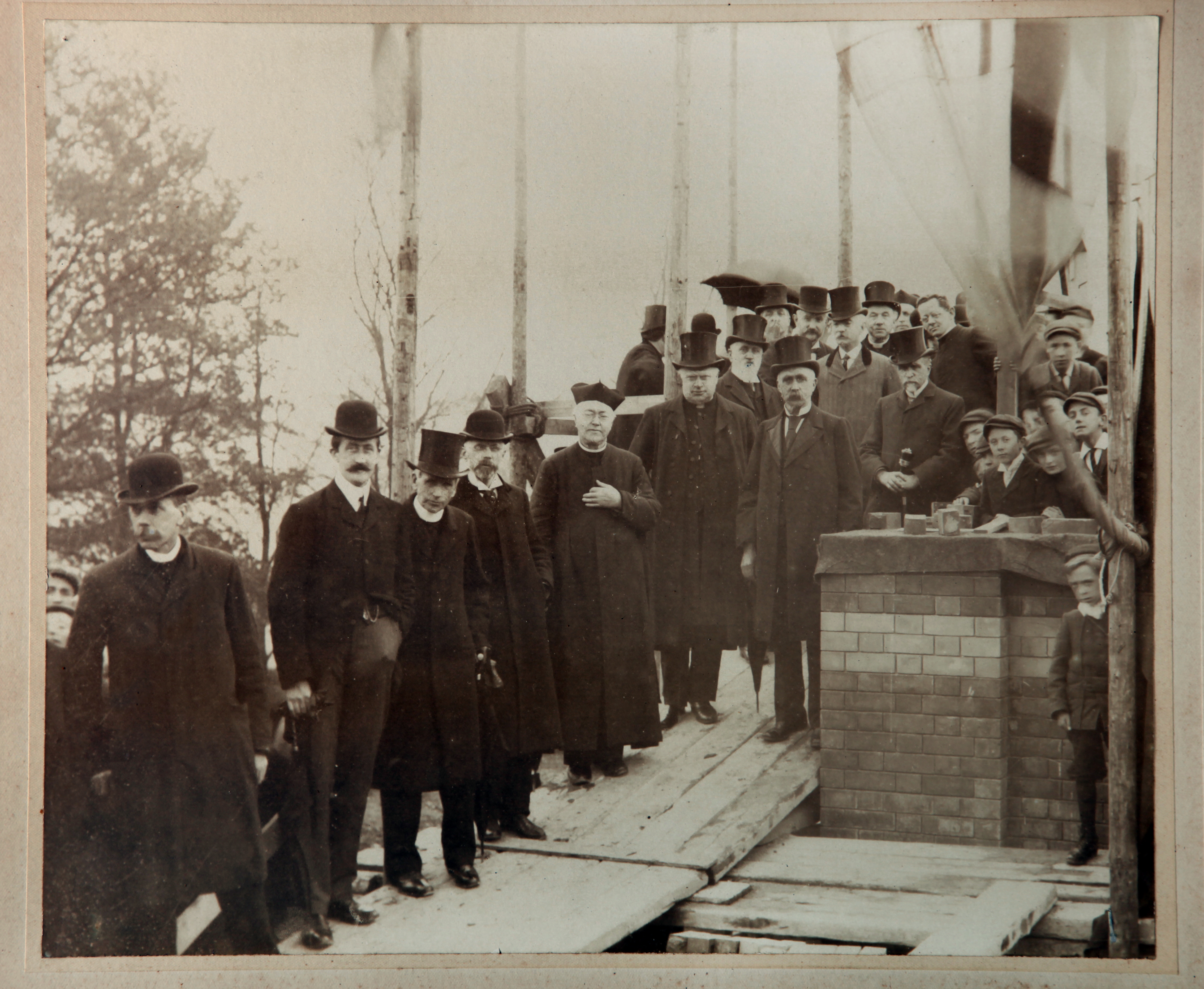 (Above) A photograph of the old museum building taken in 1902.

headquarters of the organising committee of the 1902/03

1.8 million visitors and cemented the Mardyke as an important social and cultural area for the inhabitants of the city.

It is one of the few remaining buildings still standing from the Cork International Exhibition.

In the 1910, the Fitzgerald Park Municipal Museum was set up in Shrubbery House under the curatorship of J. P. Dalton. This museum contained an eclectic mix of art, design, archaeology and novelty, but the deteriorating nature of the building and the lack of ideal exhibition conditions deterred many from donating or loaning material to the museum. Despite this, the museum was popular and received many visitors. However, funding was always an issue, and those on the Museum Committee struggled to find financial and moral support from the Corporation, and the museum struggled for much of this period.

(Right) This image shows an interior shot of the museum with its eclectic mix of objects on display.

The 1920s was a turbulent time in local politics with the burning of City Hall in 1920, and the dissolution of the City Council in 1924 due to accusations of mismanagement and corruption. In 1924, Philip Monahan was appointed as the country’s first City Manager to run the city until the council was reinstated in 1929. One of the first decisions he made was to shut down the museum and to use Shrubbery House as his headquarters from which to administer the city.

J. P. Dalton was the museum's first and only curator. His tenure was marked by a lack of financial and moral support from the Fitzgerald Park Committee, chaired by Sir Edward Fitzgerald. After two years as curator, Dalton died unexpectedly. Many felt that the stress and pressure in running the museum contributed to his early death.

The Origins of Cork Public Museum

As the Second World War raged across Europe, a group of enthusiastic and influential Cork people came together in 1942 with the aim of establishing a public museum in Cork. This endeavour sparked to life following a successful historical exhibition held during March 1942 in the offices of the Cork Examiner on St. Patrick Street. The exhibition covered the political history of Ireland between 1798 to 1921 and was designed to “reveal to the younger generation the long reaching roots which fed the tree that blossomed in glory during Easter Week 1916”. The success of this exhibition highlighted the appetite and interest amongst Cork people for the “tangible remains of their nation, county and city”.

(Above) and (right) 'Historic Exhibition', staged at 97 Patrick St. in 1942, to raise public awareness for the need of a city museum.

A large public meeting was held in the Imperial Hotel on the 18th April 1942 which was attended by a large crowd, including representatives from the political, civic, intellectual and business classes of the city. A committee was formed, charged with the task of exploring the feasibility of establishing a public museum. On April 4th 1945, three years after forming the committee, Cork Public Museum opened its doors for the first time. 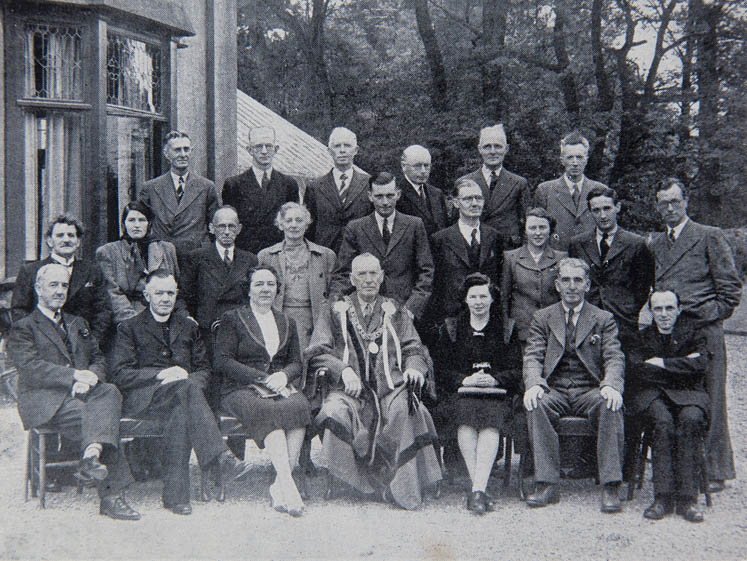 (Left) and (Right) Cork Public Museum was officially opened on the 4th April 1945 by the Minister of Posts and Telegraphs P.J. Little T.D.

Note the boarded up windows. The museum was the headquarters of the Air Raid Precaution (ARP) during the Emergency (1939-45) 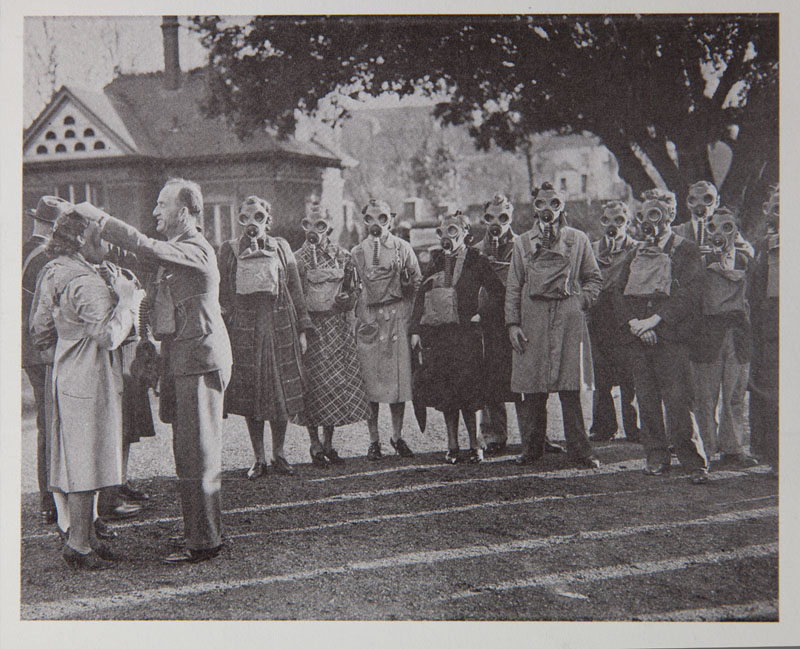 Between 1945-1963, Cork Public Museum was managed by UCC in collaboration with Cork Corporation and Cork County Council. The Corporation provided the building in Fitzgerald Park and funded operations, while UCC paid the wages of the curator, M. J. O’Kelly, Professor of Archaeology at the college. Cork County Council made an annual contribution to the upkeep of the museum’s collections. This arrangement remained in place until 1963, when the museum came under the full control of the local authority.

The Remainder of the 20th Century

Throughout the latter half of the twentieth century, Cork Public Museum continued to put on exhibitions and to host educational events about Cork’s past. Under its various curators, the museum has always placed an emphasis on telling Cork’s story to both its citizens, and to visitors to the city.

Cork Public Museum has had five curators in its history:

(Left to right) Former CPM curator Stella Cherry with Prof. John A. Murphy and Mairin Quill at the launch of the Seamus Murphy book in 2007.

In February 2005, a state of the art extension was opened, funded by Cork City Council and the European Union. This addition has allowed the museum to improve and enhance its research and exhibition facilities. Cork City Council continues to invest in the museum as we strive to grow and develop all aspects of our operations, making Cork Public Museum and its collections one of the most important cultural assets of the city.

(Right) the museum extension after completion in 2006.

‘If a museum is to become a living force in a community, it must not be content to set up and maintain static displays - on the contrary, there must be continuous change'.

(Right) Opening of the 'Victory Virus and Votes' exhibition by the Lord Mayor of Cork, Mick Finn in 2018.