The operative society of Masons and Bricklayers have been residents of Carpenters Hall since 1950. Before that they were residents in Mechanics Hall from 1870 which was used by the volunteers during the War of Independence. There were other unions who resided at Carpenters Hall such as the National Union of Railway Men, Cork Workers Council, Electrical Trade Union, Amalgamated Engineers Union, Plumbers Trade Union, Plasterers Union, A.T.G.W.U, N.E.B.T.O and Amalgamated Society of Woodworkers. They also rented rooms to other organizations.

The union members that were residents in this building were responsible for all of the great buildings in our beautiful city, either in their construction or maintenance. The building houses a replica of the old marching banner which was recently put on permanent display in Cork’s Public Museum, Fitzgerald Park. The banner was made in 1843 for the Monster Repeal March in Cork by Daniel O’Connell and was used for the 1902 Cork International Exhibition. It also displays the Sash and Apron worn by the Masons on these marches and a chair carved by the carpenters from the 1800s with Irish wolf hounds on the arms and round towers carved into the back. 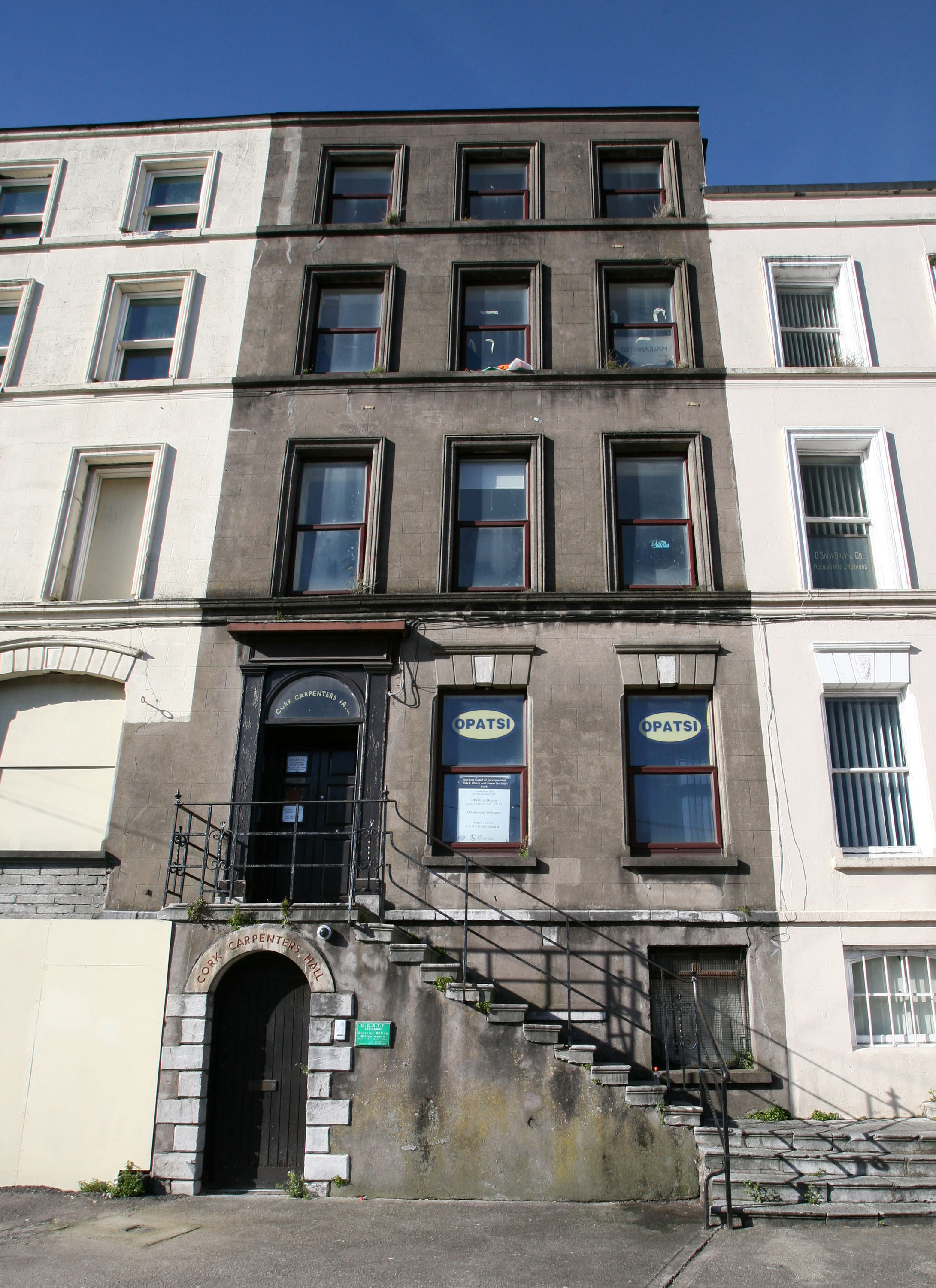