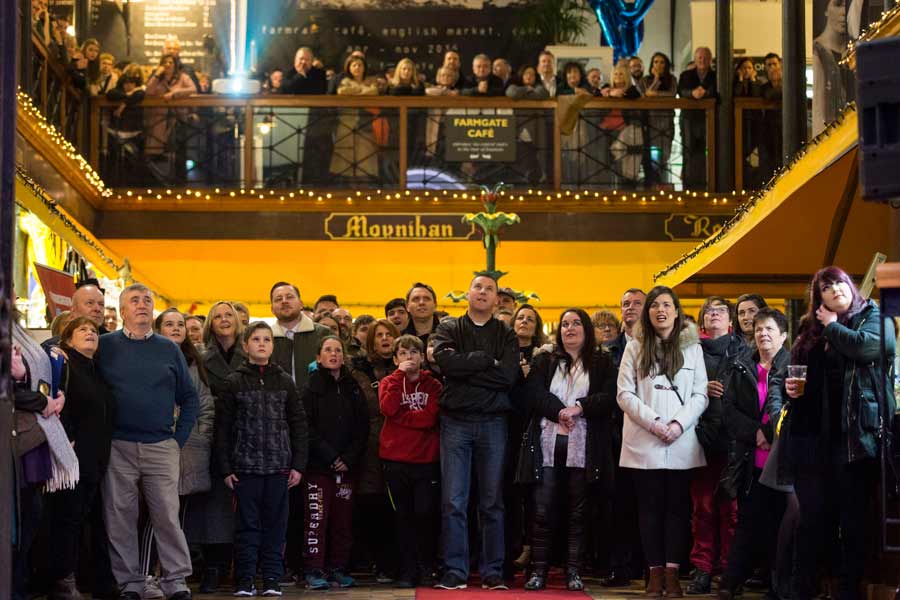 Stars of the series Alex Murphy, Hilary Rose and PJ Gallagher, along with the show’s cast and crew, The Lord Mayor of Cork City Tony Fitzgerald and special guests, joined fans of all ages who queued to get their hands on the much sought-after tickets for the premiere, to toast the huge success of the series before viewing the final episode - five days before it will air on RTE.

The highly anticipated event went off without a hitch at The English Market which transformed into an open theatre for the night with two large screens to show the final episode as well as four pop up bars sponsored by The Farmgate and The Oyster Tavern, four fresh popcorn machines and lots of fresh food provided by The English Market traders who opened especially for the occasion.

Speaking at the event Lord Mayor of Cork City Tony Fitzgerald spoke about how great it was to have Cork play such a big role in the movie and now in the series. “I would like to thank the show’s creators for picking Cork as the backdrop for what is a tremendous series, we have a superb city and county here in Cork and to be able to showcase it not only on a national level but on an international level is fantastic.” 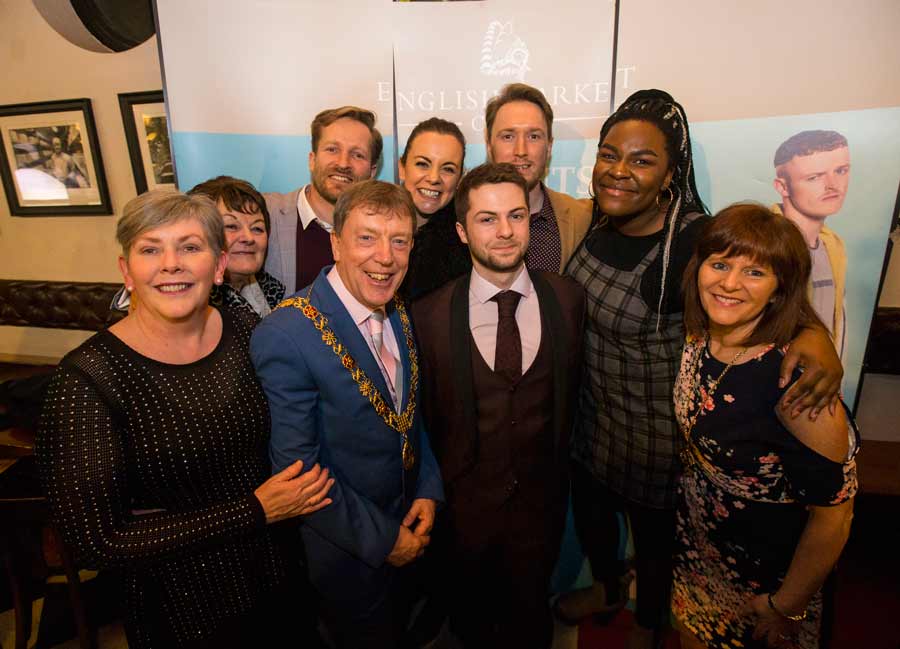 Also speaking at the event, Manager of The English Market Órla Lannin spoke about how the cast and crew were a pleasure to work with and brought a great sense of fun to the market, “We welcomed the filming of this series with open arms and I am so thrilled we did, not only for the great promotion The English Market got but also for the fun and laughter the team brought to the market. They were a pleasure to work with and we’d welcome you back anytime. Tonight is a huge occasion for us and as I look around and I see the different ages of people who are here tonight from young children to elderly customers it makes all the hard work worth it, to host an event that brings people of all ages together”.

Pat O’Connell, English Market Trader and star of The Young Offenders series echoed Órla’s words, “The English Market is a unique venue like no other, we welcome visitors from all walks of life’s from the Queen to The Young Offenders and so it was the perfect fit for the series. We have great banter in here on a daily basis and were delighted to welcome and work with such fantastic actors and crew members. Hilary who spend the majority of her time behind the fish counter was my employee of the month on many occasions and was so good at her job was often mistaken for a real life fish monger while she was here. All jokes aside we had a super time and were only delighted to accommodate and work with a fantastic cast and crew and an unbelievable series that deserves all the success that comes its way”. 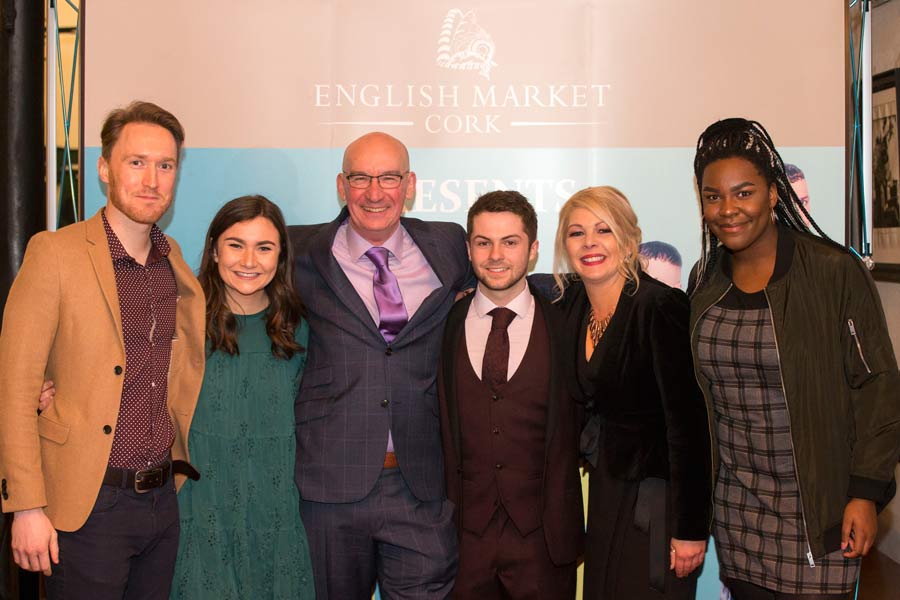 Creator of The Young Offenders, Peter Foott also spoke on the night thanked The English Market for allowing them to take over and film some of their best scenes, “We spent so long filming in The English Market it has been such an integral part of The Young Offenders, so it seems perfect to have the premiere of the last episode of Series One here. The team in the Market have been so accommodating and even starred in some of the episodes, so we’re delighted to show the final episode in Cork and celebrate with the people of Cork, I hope you all like how the series ends and here’s to Series Two”.

Tickets for the event sold out in minutes with all proceeds going to the Cork-based national charity Straight Ahead, which carries out “just in time” operations on children with Orthopaedic needs that are not being met by the HSE.