On Friday 20th May 2011, HM Queen Elizabeth II and HRH Prince Philip, Duke of Edinburgh, visited Cork on the final day of the Queen’s State Visit to Ireland.  The Queen paid a visit to the English Market, where The Lord Mayor of Cork, Cllr Michael O’Connell, took her on a tour of the food aisles where she met with the Market traders, being shown samples of fish, fruit, vegetables, cheese, and other farm produce at various stalls. 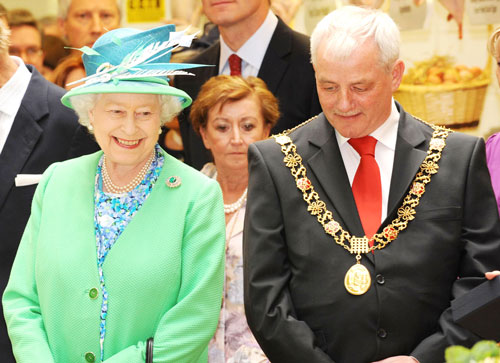 The Queen took time to chat with several market traders, enquiring as to the history and provenance of the food produce on many of the stalls. She spoke with traders of the following stalls:

Near the English Market fountain, the Queen unveiled a plaque commemorating her visit to the Market. 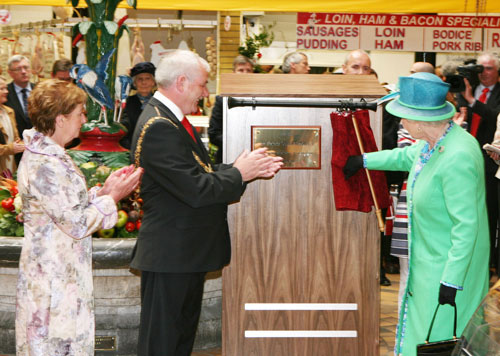 Pictured above HM Queen Elizabeth II unveils a commemorative plaque, in the company of the Lord Mayor of Cork Cllr. Michael O Connell and the Lady Mayoress of Cork ,Catherine O' Connell.

The Lord Mayor presented the Queen with a silver brooch depicting Cork’s famous butter market, which was specially commissioned to commemorate her visit. 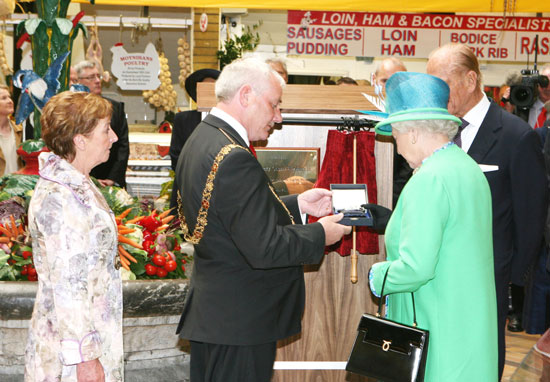 Pictured above is the Lord Mayor of Cork, Cllr. Michael O' Connell presenting HM Queen Elizabeth with  a commemorative brooch specially commissioned for her visit in front of a plaque she had unveiled marking her historic visit to the English Market. Also pictured are Catherine O' Connell Lady Mayoress and HRH Prince Philip, Duke of Edinburgh

Tom Durcan, Chairman of the Traders Committee, presented Queen Elizabeth and Prince Philip with a hamper of local produce from the vendors in the market. 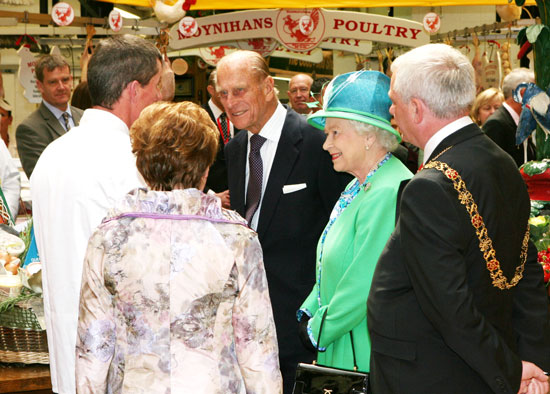 The hamper was packed with 20 different Irish artisan food products, showcasing the best of produce from the English Market. 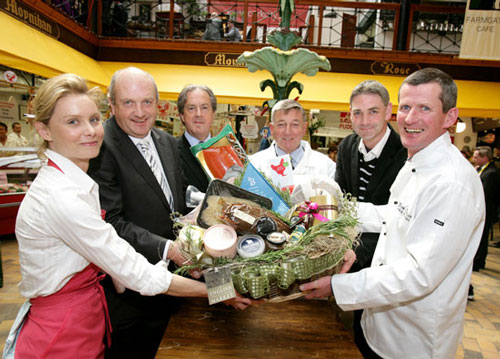