Our partners in culture and heritage across the city and county. 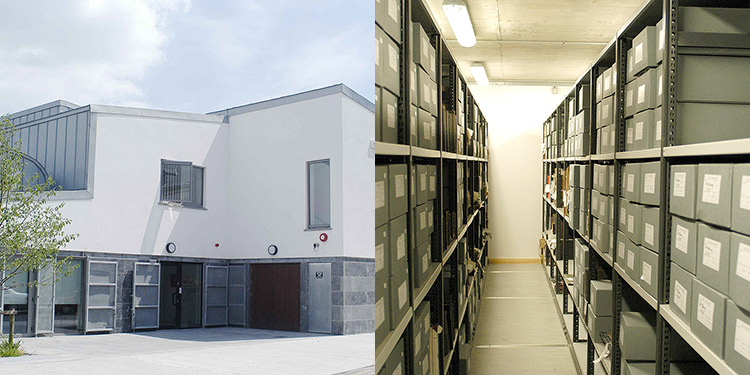 Cork City and County Archives service (CCCA) was the first local government archives service established in Ireland, and it remains one of the largest such services in Ireland. In 2006, CCCA moved to a new purpose built centre, the Seamus Murphy Building, which offers the most modern facilities for the preservation and use of archives. This centre was built by Cork City Council.

A Cork City Council service, Cork City Libraries provides a range of library and information services to the people of Cork, in situ and through their websites, to anyone interested in the history and culture of Cork. The Cork City Libraries network consists of the City Library, local libraries, a service to housebound persons, and an online presence. They provide books, CDs, DVDs, videos and audiobooks, for use within the library or for home use, and a full range of learning, reference and information services and resources, in particular at the City Library. They also provide computers with fast Internet access throughout their network of libraries, and eBooks and audiobooks downloadable to user's own devices. 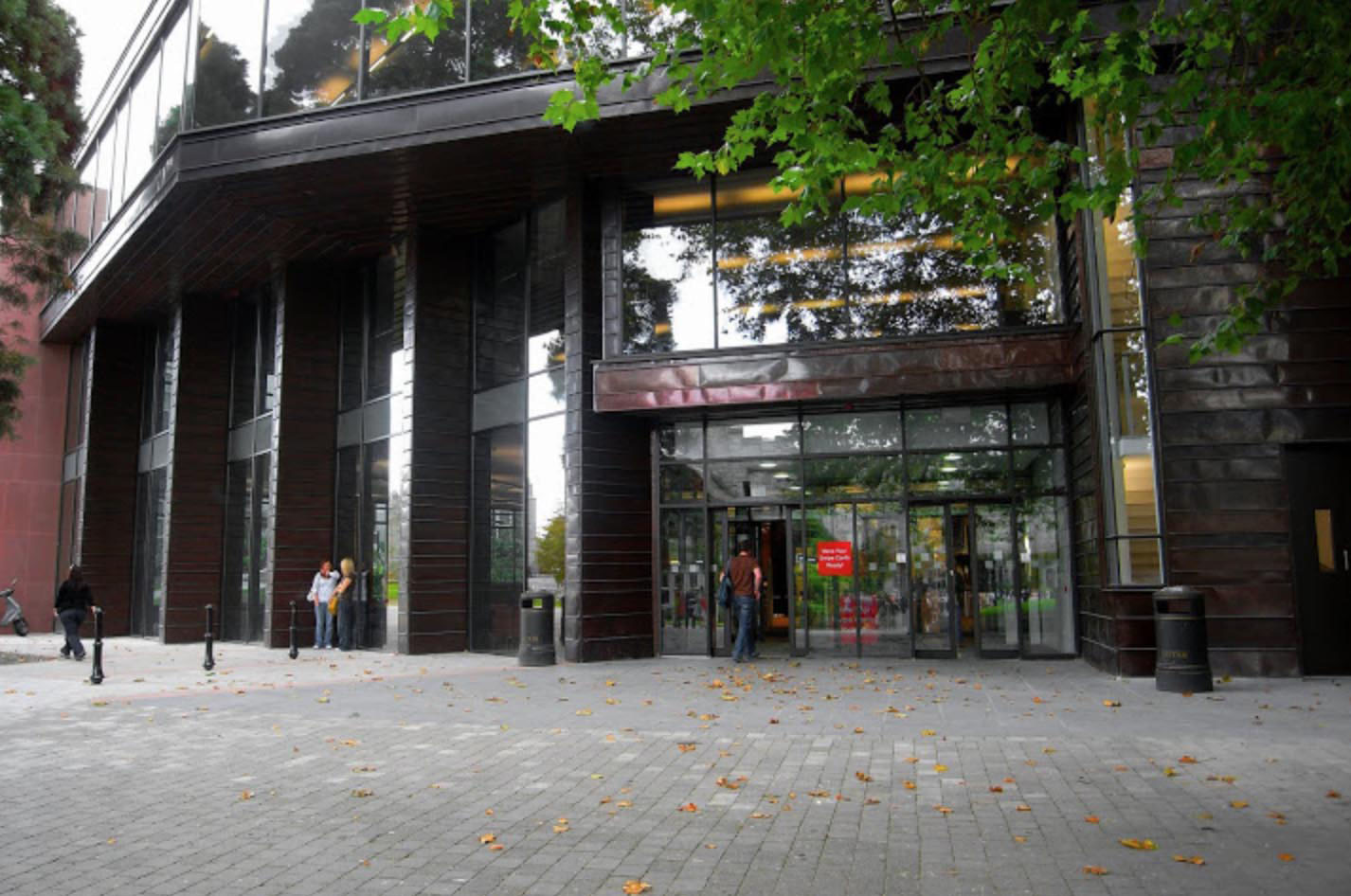 University College Cork Library offers innovative services, resources and spaces that align with your learning, teaching and research needs. The Library consists of the Boole Library and Boston Scientific Health Sciences Library. The Library brings together many sources of information not readily available elsewhere in Munster.

Crawford Art Gallery, a National Cultural Institution and regional art museum for Munster, is dedicated to the visual arts, both historic and contemporary. Located in the heart of Cork city, beside the Opera House, the Gallery is a critical part of Ireland's cultural and tourism infrastructure, welcoming over 200,000 visitors a year. Admission to the Gallery and to its exhibitions is free.

The Gallery's permanent collection comprises almost 4,000 works, ranging from eighteenth century Irish and European painting and sculpture, through to contemporary video installations. At the heart of the collection is a collection of Greek and Roman sculpture casts, brought to Cork in 1818 from the Vatican Museum in Rome. The collection is particularly strong in Irish art of the nineteenth and early twentieth centuries. 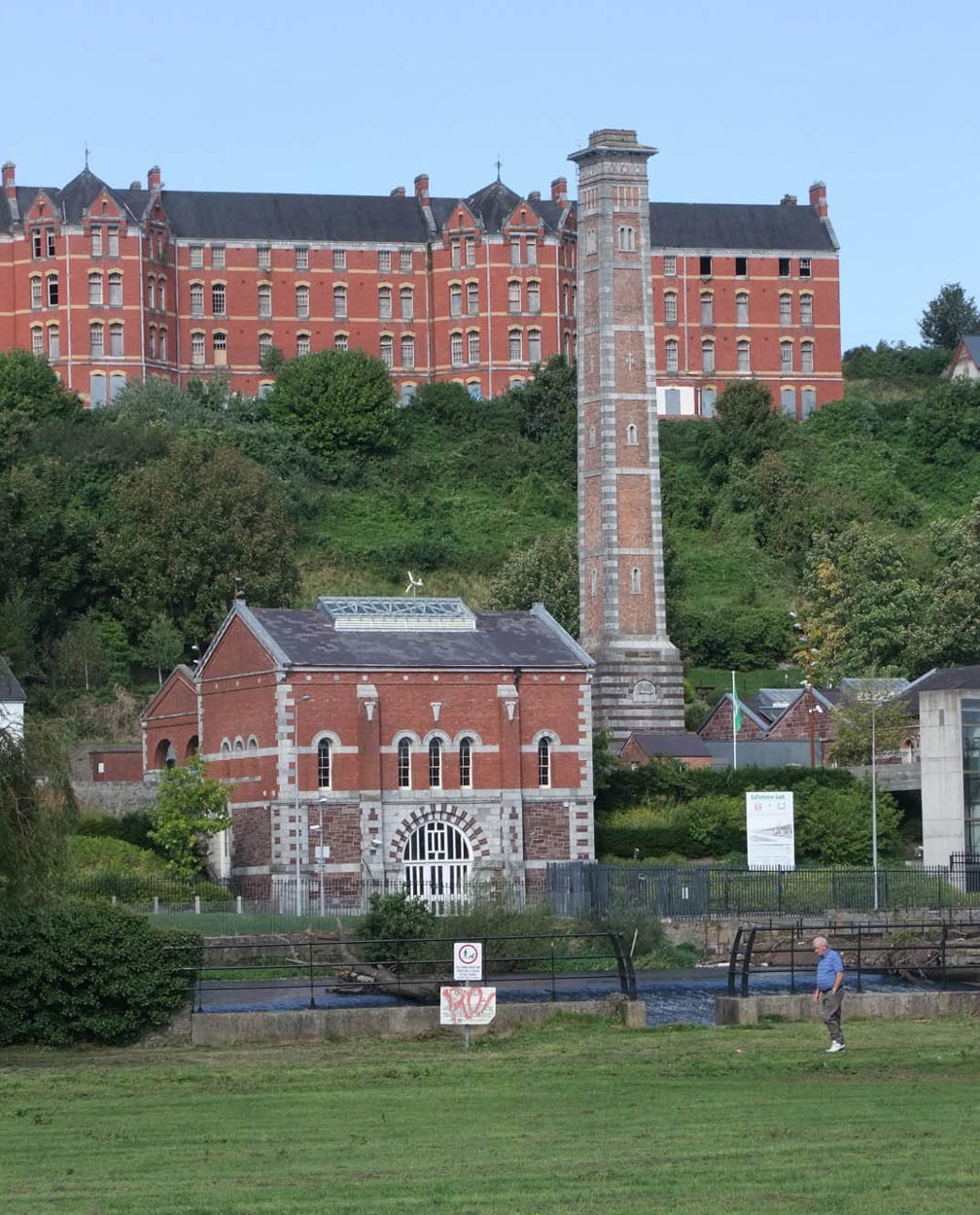 Old Cork Waterworks Experience (Lifetime Lab) offers a warm welcome and aims to ensure your visit will be enjoyable and memorable. Journey though Victorian architecture to discover some of Cork's industrial heritage, investigate the interactive exhibits and enjoy a coffee in the playground and garden. 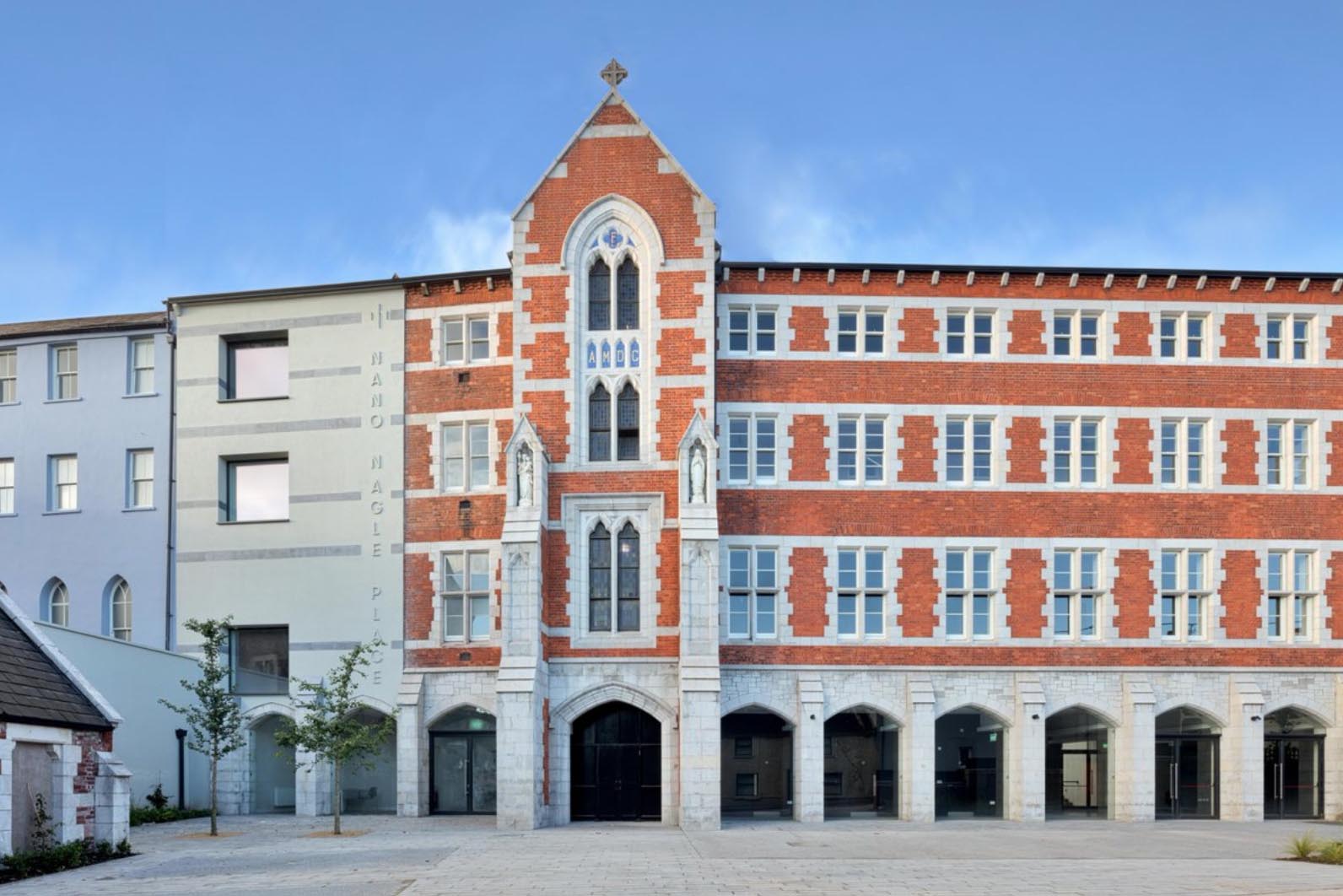 Seven years ago the buildings of the South Presentation Convent were in a perilous position. As the area around the convent changed, the need for the school complex the site housed declined, and the school closed its doors in 2006. Most of the buildings, some over 200 years old, sat empty with just a few resident sisters to maintain them.

The Presentation Sisters had to plan for the future: with so many listed buildings housed upon it, the site was of little development value. What was to be done?

The Presentation Sisters decided to act, just as their foundress had done nearly two hundred and fifty years before. They set up a company, appointed a voluntary board, and put in place plans to redevelop ‘South Pres’ as a special place for the people of Cork City. 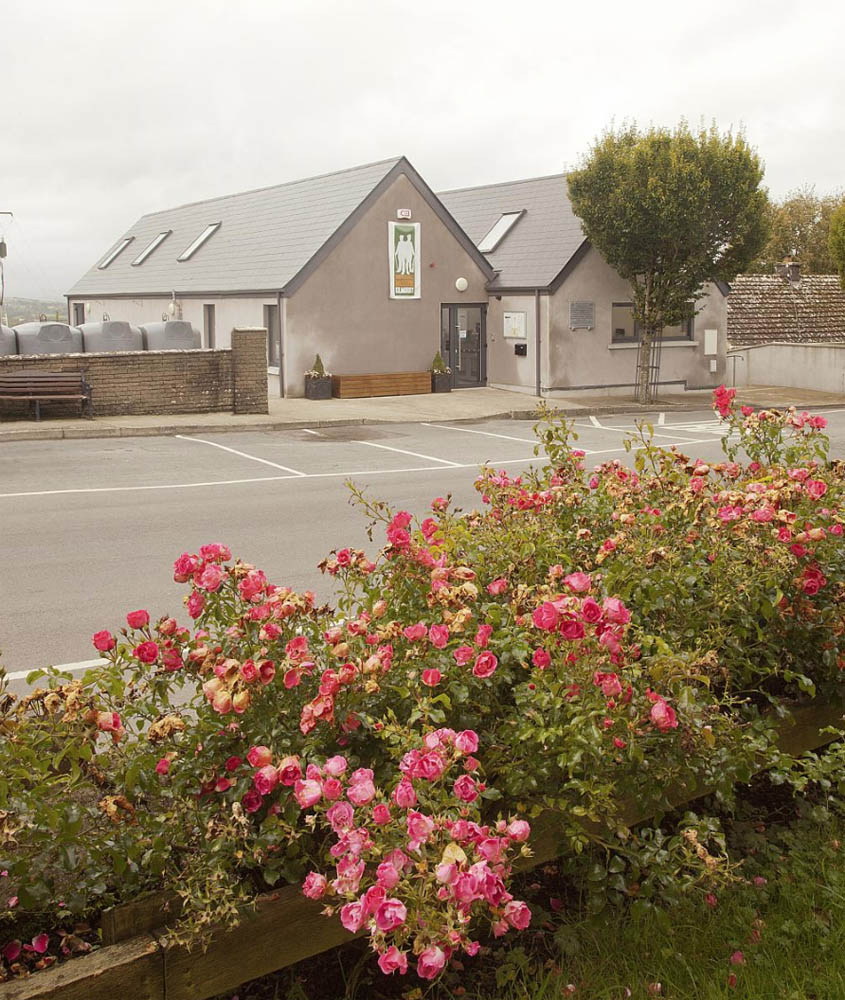 The village of Kilmurry was a hotbed of rebel activity through the Rising, the War of Independence and the Civil War. That same determination, including over a decade of voluntary work and persistence, has resulted in the creation of Independence Museum Kilmurry.

The new museum will be a historical and recreational hub for the greater Lee Valley and West Cork regions. Kilmurry’s close proximity to Kilmichael, Béal na Bláth, Crossbarry and other War of Independence sites gives it a key role in telling our country’s story in the decade of centenaries. The collection includes the wheel from the Crossley Tender used in the Kilmichael Ambush, a man-trap used to catch poachers, Tom Barry’s suitcase and artefacts relating to Terence MacSwiney, among many others. 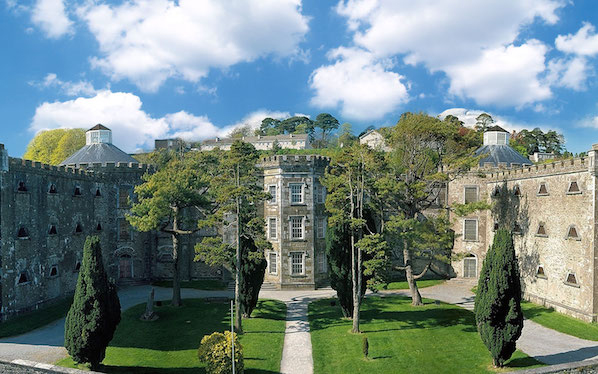 Cork is a city with a very rich historical and archaeological heritage, much of which is still in evidence today. Part of this heritage, Cork City Gaol, is a magnificent castle-like building which once housed 19th century prisoners. Take a trip back in time and wander through the wings of the Gaol, accompanied by the shuffling feet of inmates and the jingle of the warder's keys.

The cells are furnished with amazingly lifelike wax figures, and graffiti on the cell walls reveals the innermost feelings of some inmates. The audio-visual show will help you learn about the social history and contrasting lifestyles of 19th century Cork.

The Radio Museum, an ode to the broadcasting station which was once located in the Gaol, houses a small collection of radios, a reconstruction of the original Cork 6CK studio, and exhibits on communication and Marconi.

This exhibition fascinates visitors of all ages and nationalities and the tour is available in up to 13 languages. 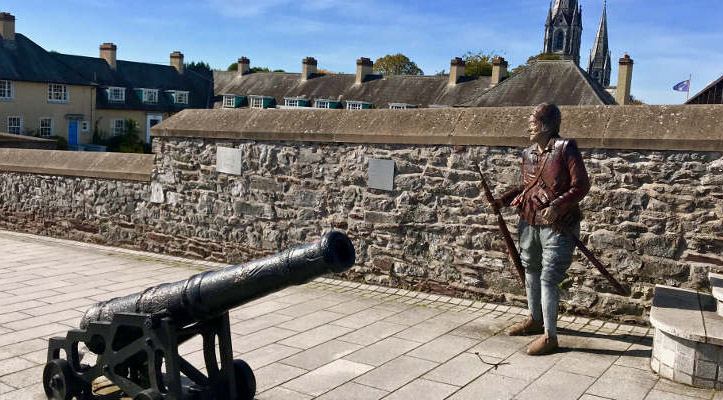 Cork City's 17th century star-shaped fort was built in the aftermath of the Battle of Kinsale (1601). Elizabeth Fort served to reinforce English dominance and protect the walled city of Cork.

It has served many functions during its lifetime, including use as a military barracks, a convict depot for the transportation of female prisoners, a food depot during the Great Famine, an RIC station, and until 2013, a Garda station. A visit to the fort offers panoramic views of the city and photo opportunities with the various displays bringing life to the fort.

A guided tour is recommended to hear about the fort's vibrant past and listen to some of the many stories that emanate from its walls. 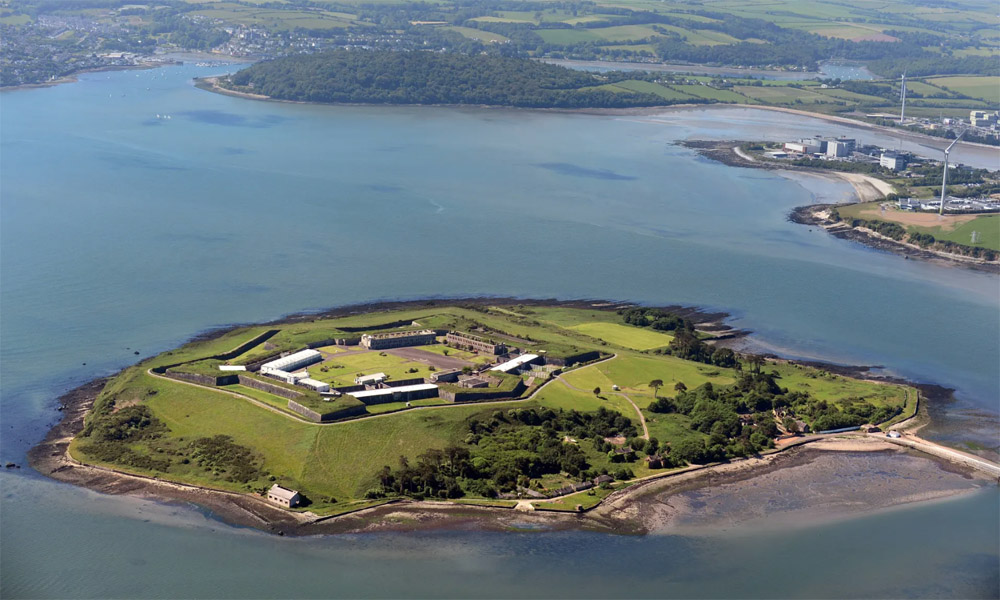 In the last 1300 years Spike Island has been host to a 7th century Monastery, a 24 acre Fortress, the largest convict depot in the world in Victorian times and centuries of island homes.  The island's rich history has included monks and monasteries, rioters and redcoats, captains and convicts, sinners and saints.

Today the island is dominated by the 200 year old Fort Mitchel, the star shaped Fortress which became a prison holding over 2300 prisoners.  It was so large that it was the largest prison in the world at the time, and there has never been a larger prison in Ireland or Britain before or since.  Discover more about our rich history and colorful characters here.

Walk under the arch of the historic steeple and be transported into a beautiful modern interior design. St. Peter’s offers a wonderfully spacious interior beneath a restored vaulted ceiling. An elegant, modern intervention incorporates a multi purpose gallery, making the Vision Centre an indisputably unique venue. 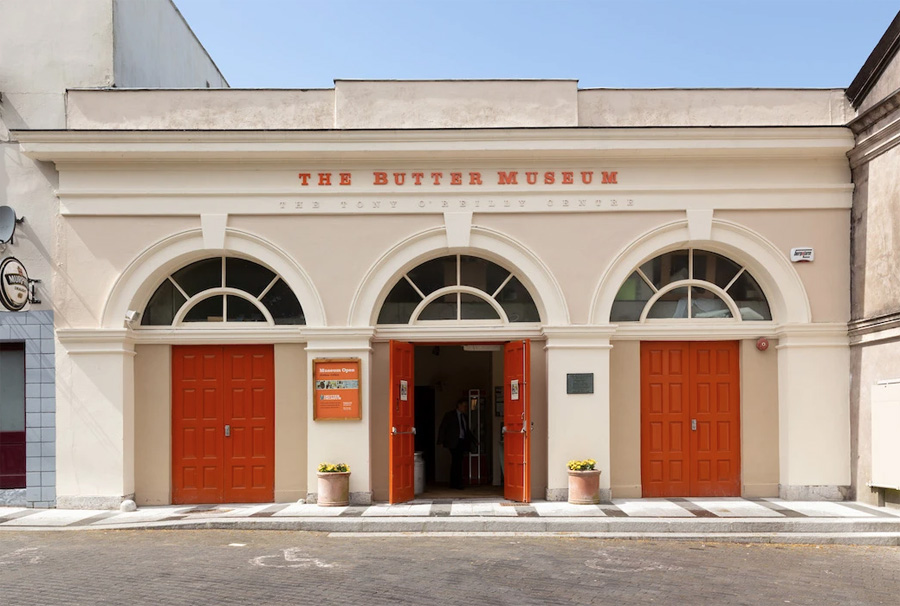 The Butter Museum is a unique institution, celebrating one of Ireland's great success stories: the butter trade. Located in the historic Shandon area of Cork city, the museum's story begins with the central role of dairy culture in early Ireland, and goes on to describe the internationally important Butter Exchange in 19th century Cork, the traditional craft of home butter making and the modern success of the Kerrygold brand. In the course of this story, the commercial, social, and domestic life of Ireland is recalled.