This scheme which is currently at the Preliminary Design stage aims to improve the public realm and access in and around the medieval core of the city. The project will greatly enhance the historic core of the city providing improved access to Bishop Lucey Park, Elizabeth Fort, St Fin Barres Cathedral and the proposed new Event Centre on the site of the former brewery.

Part 8 Planning for the public realm is expected to be submitted in Q3 2021 and Construction works expected to commence in early 2022. 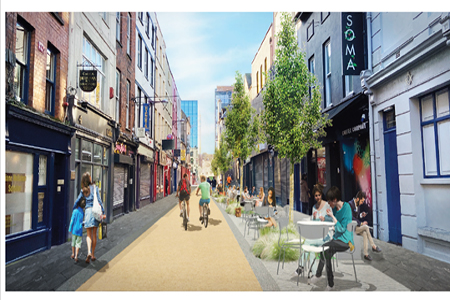