The need to improve north-south pedestrian and cyclist connectivity was first identified in Cork City’s Development Plan as far back as 2004. Since then, the delivery of the bridge has been an infrastructure objective of Cork City Council to improve the pedestrian/cyclist linkage between the City Centre, MacCurtin Street, Kent Railway Station and the surrounding areas, as recommended by the 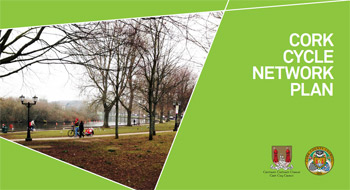 In October 2016, Cork City Council sought expressions of interest from suitably qualified Consultants via eTenders Open Tender process calling for a new bridge that would traverse the North Channel of the River Lee between the existing Brian Boru Bridge and St. Patrick’s Bridge in Cork City Centre.

The brief stated that the purpose of the proposed structure is to improve pedestrian and cycle connectivity between St. Patrick’s Quay and Merchant’s Quay, thereby improving the links between the City Centre, MacCurtin Street, Kent Station and the surrounding areas. The design for the bridge was also to include crossing facilities to the north and south of the proposed bridge and related public realm treatments.

Over 100 expressions of interests were received, from these, a total of 10 valid tenders were submitted. Following a tender assessment in accordance with the criteria set out in the published documents, Arup Consulting Engineers was deemed the most economically advantageous and were appointed the Main Consultant in December 2016.

An eTenders OJEC Notice was issued in August 2017 seeking expressions of interest from suitably qualified Contractors for the construction of the Harley’s Street Pedestrian & Cycle Bridge. A Suitability Assessment Questionnaire was issued to interested parties and five contractors were assessed and deemed suitably qualified. These contractors were invited to continue in the tender process and of these; four returned a full set of tender documents. Following a detailed assessment of the submitted tender documents, L&M Keating Construction Limited were appointed in April 2018 as Main Contractors.

The proposed bridge was required to be a low level structure with a single span of approximately 66 metres. The general parameters and requirements for the bridge were as follows:

A ‘Conceptual Architectural Design’ criterion was set as part of the quality component of the tender assessment. The candidates were requested to:“...prepare a conceptual architectural design proposal demonstrating a creative, innovative, high quality aesthetic design combined with a clear structural design methodology. The design must be low level, sympathetic to the surrounding city centre environment and demonstrate a clear understanding of the project brief. The concept design must present a plan view, and longitudinal view. The candidate may also present a three dimension image."

The winning design, prepared by WilkinsonEyre Architects as part of the Arup Consulting Engineering multi-disciplinary design team is illustrated below: 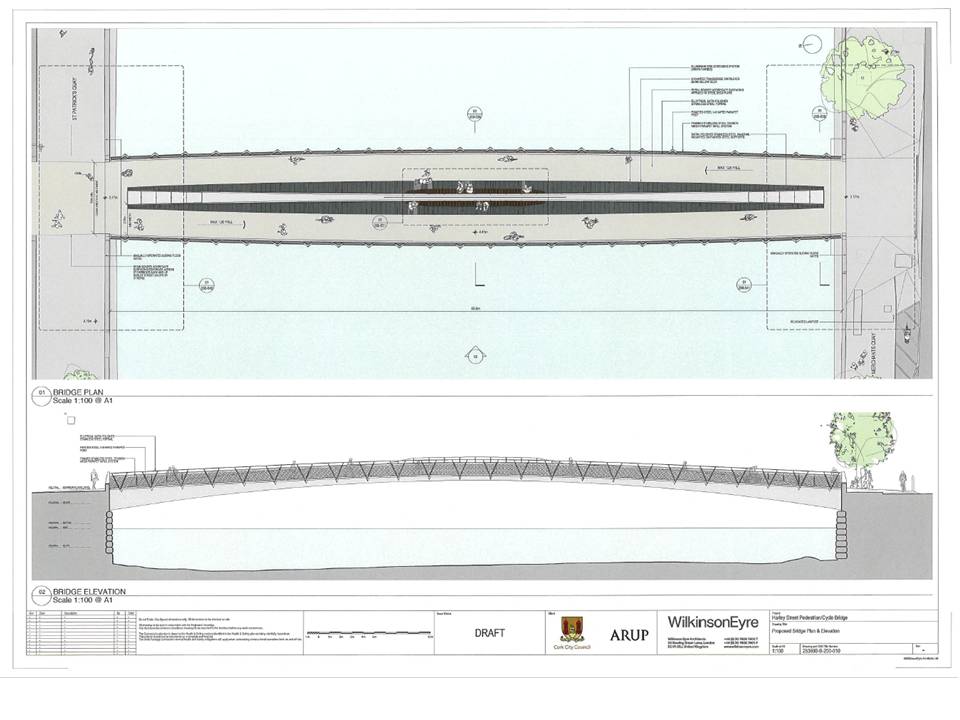 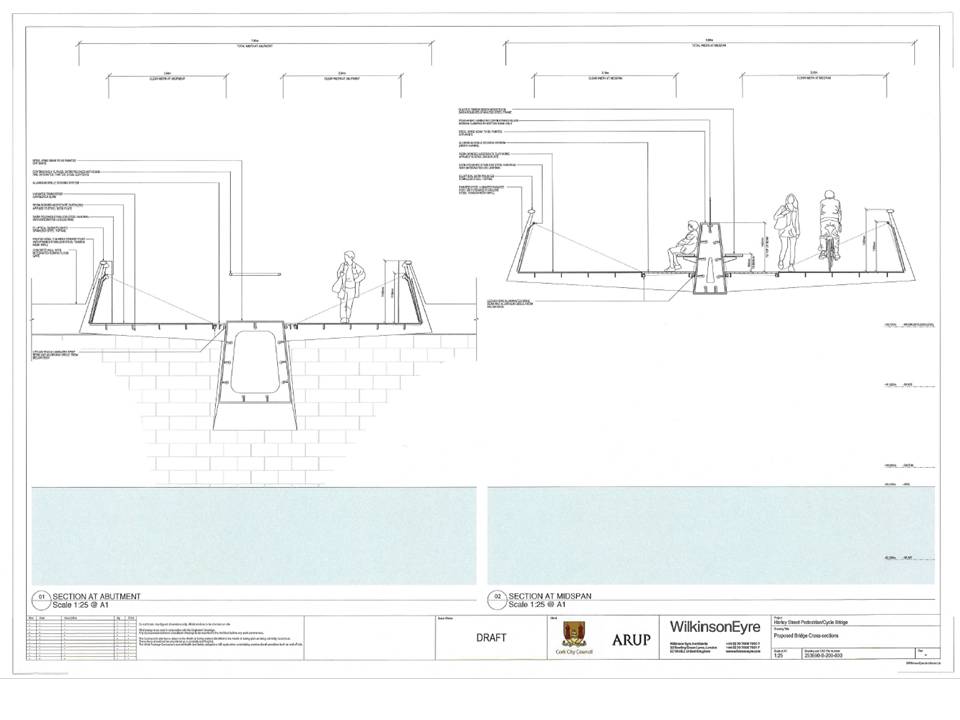 The bridge designs that finished in runner up positions are: 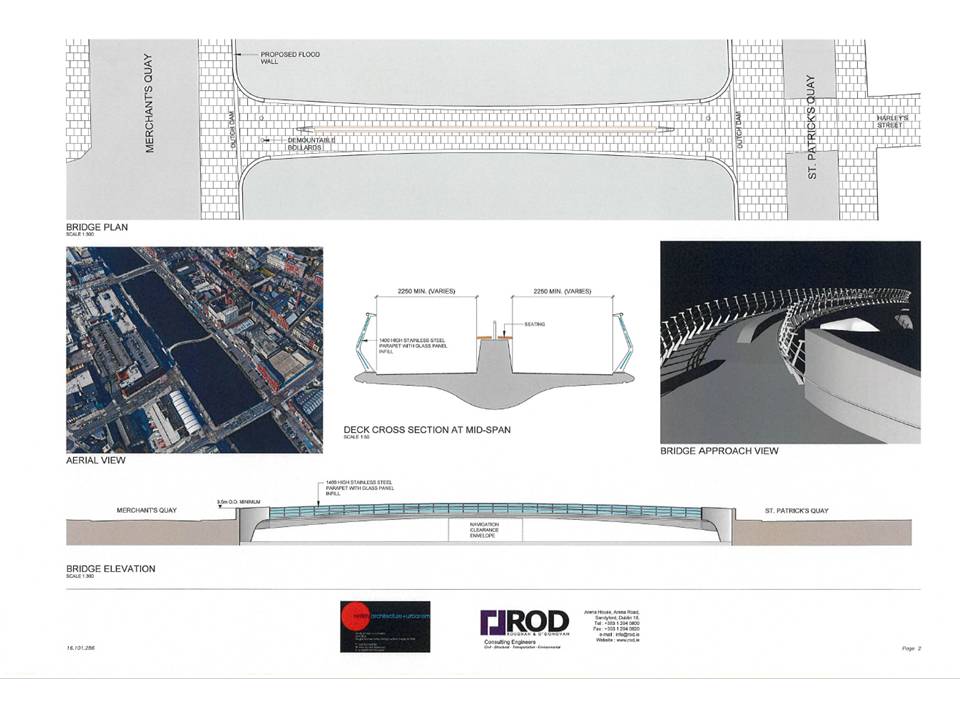 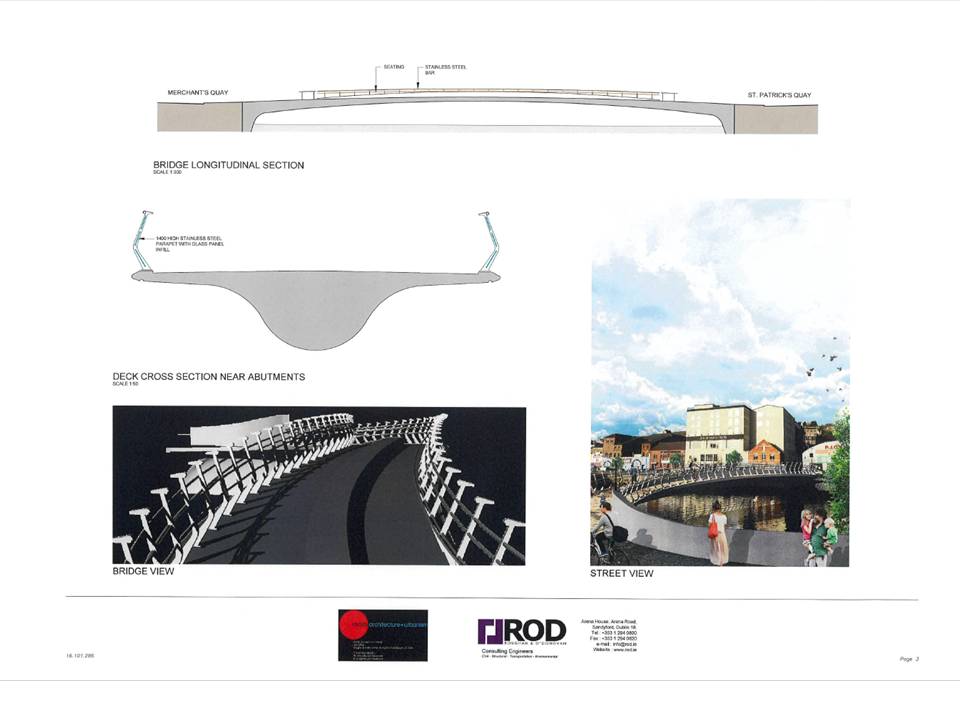 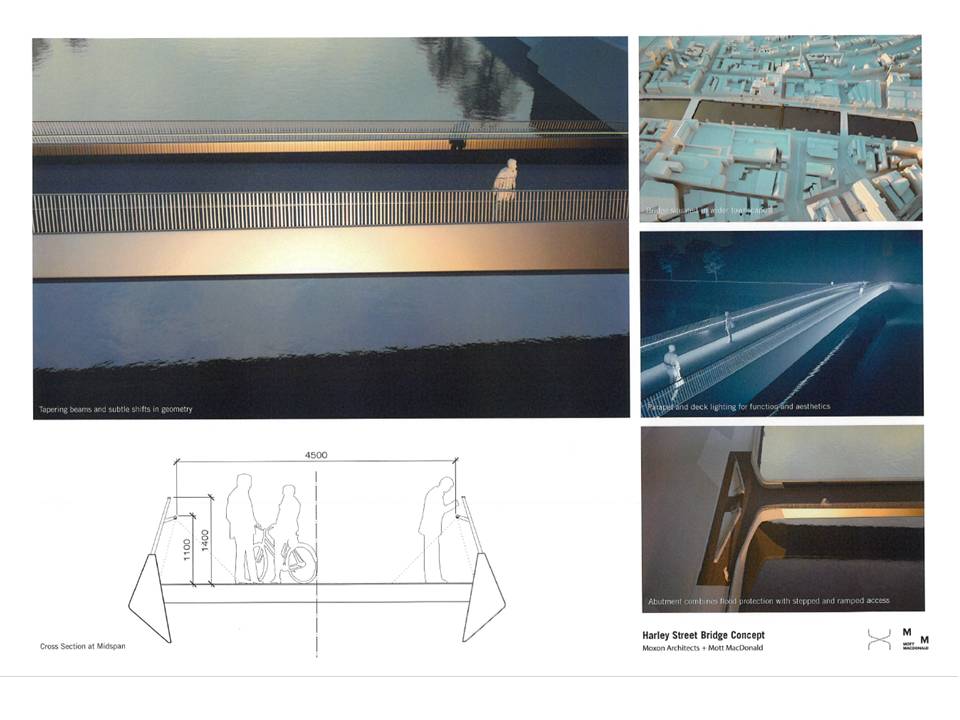 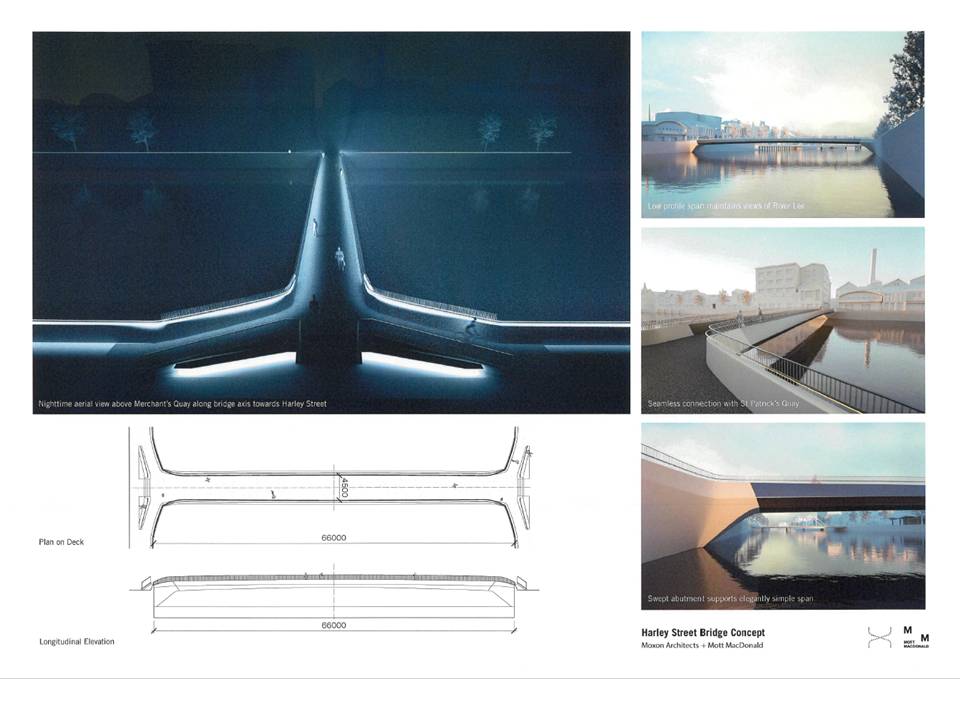