Mary Elmes Bridge to be installed this weekend 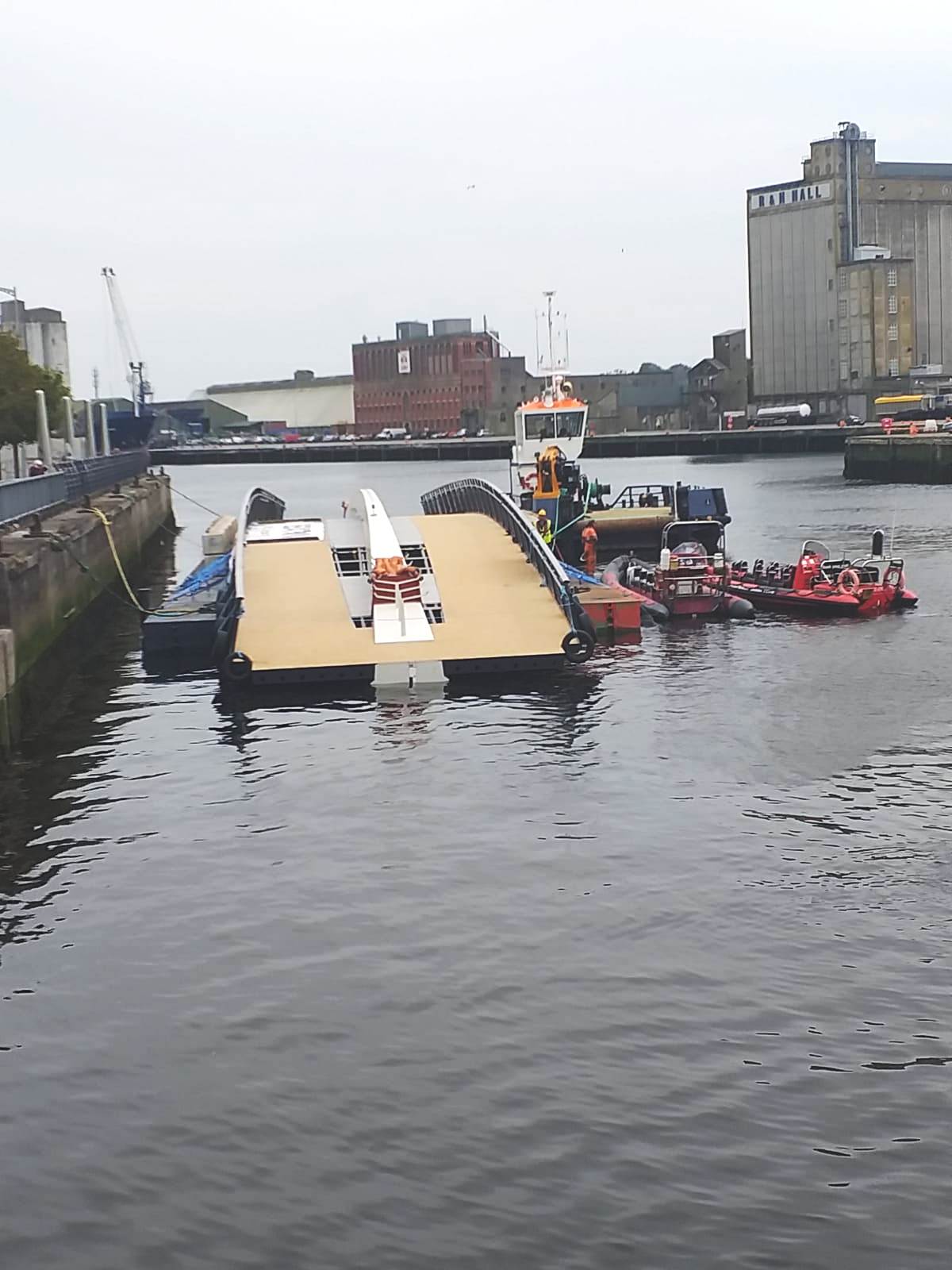 The bridge is resting at St Patrick's Quay having been moved under two city centre bridges from Penrose Quay at lunch time. The two cranes will be installed tonight and it’s hoped that installation of the first will begin at around 8pm so that impact on city centre traffic can be kept to minimum.

The same two 500 and 750 tonne cranes, which lifted the bridge on to a barge in Cobh Shipping Yard earlier this week, will be erected on Merchant's Quay and St Patrick’s Quay late tonight, Friday.

Traffic diversions will begin on Merchant's Quay and St Patrick’s Quay from 10pm as the cranes are erected. Alternative traffic routes will be in operation. See details below.

On Saturday morning, subject to suitable weather conditions, the cranes will raise the bridge’s superstructure from the barge and place it on the newly-built abutments (supports) on the quays.

The pedestrian and cycle bridge, which will connect St. Patrick's Quay and Merchant's Quay and will be used by up to 11,000 people each day, was fabricated by Thompsons of Carlow. In February and March, it was transported overnight in nine sections to Doyle’s Shipping Yard opposite Cobh train station.

Lord Mayor, Cllr Mick Finn said: “This new bridge will be one of the key elements in a plan to promote and develop sustainable transport options such as cycling and walking in and around the city. The installation of the bridge itself will be a historic moment for the city and I encourage people to turn up and view it from the river banks."

It’s expected that the bridge installation will be completed and the cranes removed, tomorrow, Saturday, weather permitting.

Alternative traffic routes are as follows:

The Mary Elmes Bridge in numbers: