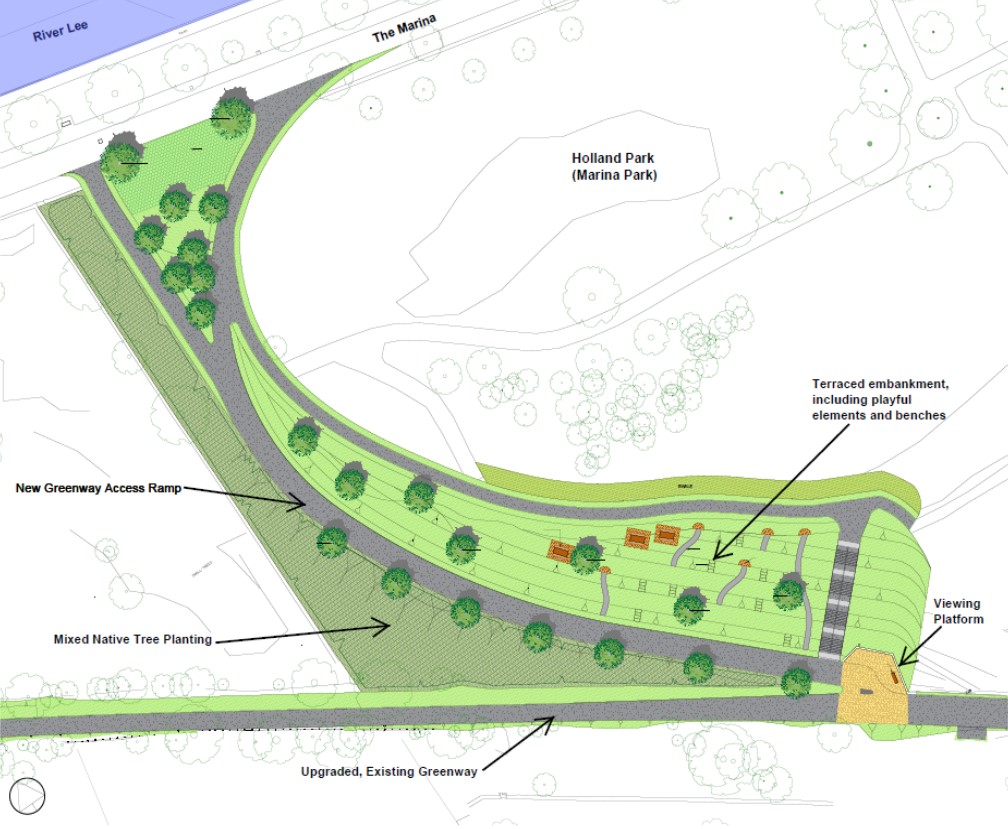 Construction is beginning on a new access ramp linking the Marina and Blackrock - Passage Greenway.

A giant game of ‘Snakes and Ladders’, which will include ladders and slides, will form part of the green terraced area surrounding the new access ramp.  New seating will also be incorporated, new lookout points and water drinking facilities. There will also be extensive soft landscaping works including significant new tree planting, shrub planting and wildflower meadow planting with native pollinator friendly species.

Pedestrian & cycle access to the Marina will be maintained to the greatest possible extent during the construction works.

It will however be necessary to close a section of the southern/landside footpath on the Marina in the vicinity of Holland Park to facilitate utility service diversion work. This will be for two days, April 29 and April 30.

As part of Cork City Council's ongoing greenway upgrade, works are also being undertaken to refurbish Blackrock Station, which dates back to 1850 when it formed part of the Cork, Blackrock and Passage Railway.