The search is on for Cork’s Favourite Song! 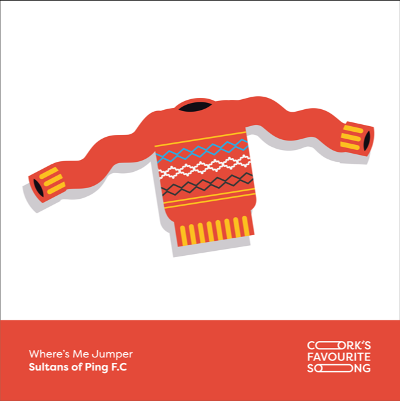 Celebrating Cork’s musical heritage and the contribution of The Music Library over the past 41 years, Cork City Libraries, in association with Creative Ireland, have launched a campaign to find Cork’s Favourite Song, as voted for by the people of Cork.

Running from 25th November right through to song selection in Jan 2020, the campaign is designed to seek out, acknowledge and applaud the songs, songwriters and musicians that make Cork the vibrant city of music that it is today.

Cork City Libraries provide free access to music materials in all formats and actively support festivals and cultural events in the city, as well as hosting a cross-genre calendar of live music performances, gramophone recitals and workshops throughout the year. They are calling on the public to think about songs unique to Cork that have helped shape and define our city. This might include songs forgotten over time, or popular tracks re-recorded & ‘adopted’ by other artists… or better still, the campaign might reveal Cork connections not previously well known!

Whatever the connection.. whatever the story… Cork City Libraries want YOU to decide what is Cork’s Favourite Song!

As long as your song choice is about Cork, written by someone from Cork, or, written by a singer/songwriter based in Cork, you can enter it for consideration through the libraries or online at www.corkcitylibraries.ie.  The window for nominations will close on December 20th after which a shortlist of 10 songs will be compiled by an independent jury. The public will then vote, online and through polling boxes in libraries across the city, and the winning song will be announced at a performance of the final 10 songs in The City Library in early 2020!

Leading the initiative on behalf of Cork City Libraries is Patricia Looney, Senior Executive Librarian. She comments, “The objective is to encourage people to ponder, look back, reminisce… unearth stories and tales that contribute to the Cork of today. We want to hear of the tunes, songs and jingles that have moulded our character & define our individuality”.

Nominations are open now so log onto www.corkcitylibraries.ie to have your say!… what do YOU think is Cork’s Favourite Song?