Friends and family joined internationally renowned soprano Cara O’Sullivan at City Hall as she was presented with the inaugural Cork Culture Award in recognition of her glittering career.

Cara was proposed by Lord Mayor of Cork, Cllr. Mick Finn, as the inaugural recipient of a new cultural award to mark her outstanding contribution to the artistic and cultural life of the city. The Lord Mayor received unanimous approval from the members of Cork City Council for his nomination of Ms O’Sullivan.

The award was presented to Cara by the Lord Mayor, at a small ceremony with family and friends on 15th March 2019.

Lord Mayor Cllr. Mick Finn said: “Cara is a superstar and the fact that concerts in celebration of her career sold out in days is a testament to just how much Cork and Irish people love her. From Sunday’s Well to Sydney Opera House, Cara has entertained music lovers all over the world and this award from Cork City Council celebrates her achievements.”

The award itself was designed and produced by Eleanor Cahalane of Cork Craft and Design and features the Reiki symbol of power.

Cara and fellow sopranos Majella Cullagh and Mary Hegarty couldn’t resist breaking into song, much to the delight of the small gathering. 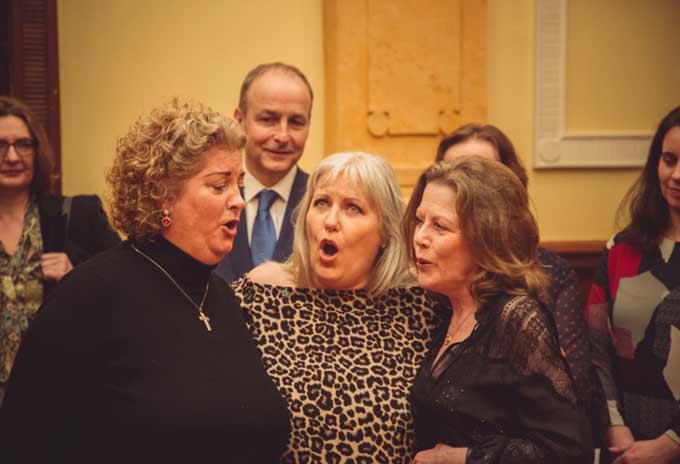