Lord Mayor welcomes King and Queen of The Netherlands

Cork City Council today welcomed King Willem-Alexander and Queen Máxima of The Netherlands in City Hall.  The royal couple paid a courtesy visit to the Lord Mayor of Cork City, Cllr. John Sheehan as part of their three day state visit to Ireland.

Arriving this morning at 10.15 a.m., the King and Queen were greeted at City Hall by the Lord Mayor, Lady Mayoress Aedamar and Chief Executive of Cork City Council Ann Doherty. 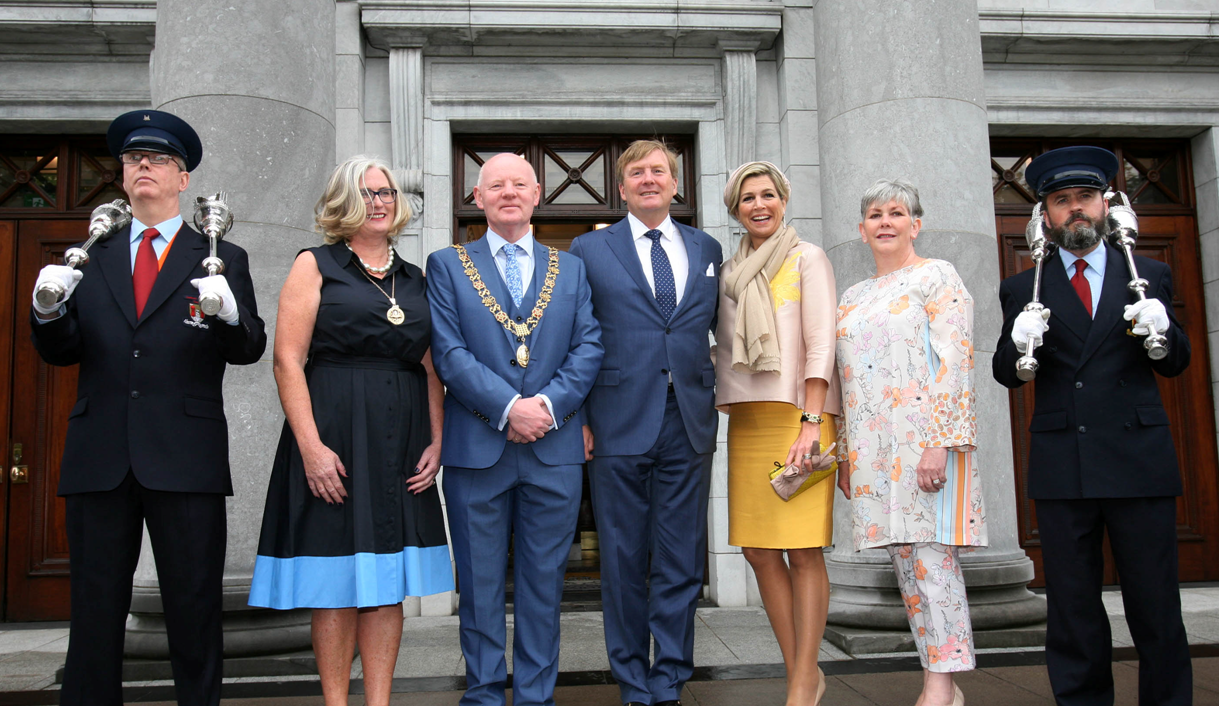 The royal couple were shown a warm Cork “welkom” in the Lord Mayor’s Chamber, where the Lord Mayor presented the King with a framed copy of a poem entitled “In Cork, Waiting for the Dutch” by Cork poet Thomas McCarthy.  The poem, commissioned especially for the visit, was inspired by McCarthy’s experience in a flash-flood in east Cork which made him think of Cork’s urban history, the watery landscape transformed by bridges, culverts and waterways built by descendants of Dutch settlers here.

King Willem-Alexander and Queen Máxima then departed for Cobh, where they continued their state visit.

The Lord Mayor said: “I am delighted to welcome His Majesty King Willem-Alexander, King of The Netherlands and Her Majesty Queen Máxima of The Netherlands to Cork today. There are many links between Cork City and the Netherlands through trade and culture. Indeed the Dutch influence on Cork can be seen through much of the city's architecture.”

“Those links continue today through education, business and trade and I look forward to the continued strong relationship between Cork and the Netherlands.”