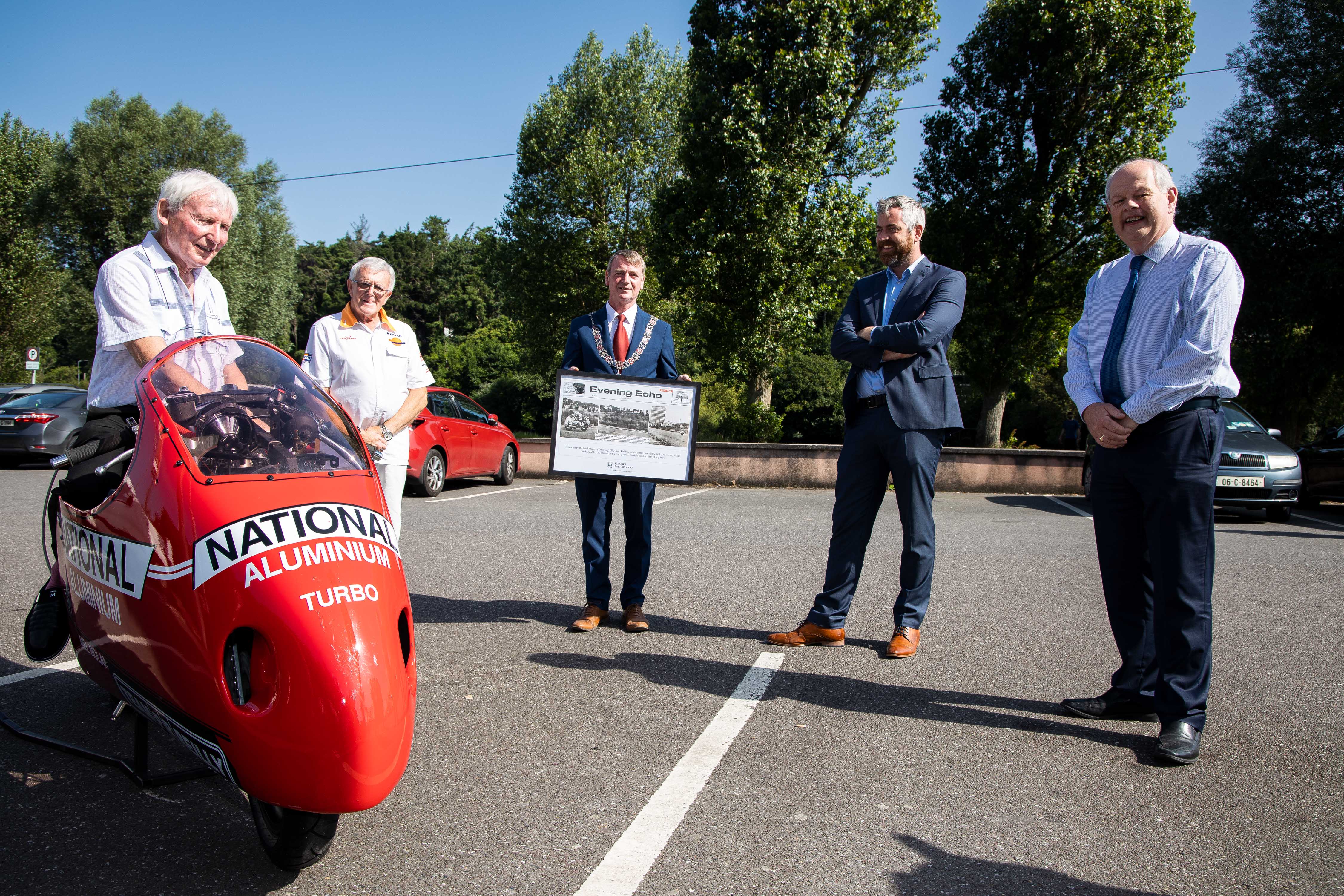 The 40th anniversary of the day Togher man Mel Nolan made speed history, setting the Irish land-speed Record of 294.56 Km/Hr over the Flying Kilometre at about 6 a.m. on the famous Carrigrohane Straight on his home-built, turbocharged motorcycle, was marked with a presentation by Deputy Lord Mayor of Cork, Fergal Dennehy on Friday 16th July.

The Carrigrohane “Straight” Road is one of a few roads in Europe where a record can be run as it is within 1 degree of flatness over the 2.2 miles.  The record is unlikely ever to be broken due to legislation, health and safety, insurance, huge costs and business disruption.

Deputy Lord Mayor of Cork, Fergal Dennehy, expressed his admiration for the Togher man, saying "His brave feat that morning did so much for motorsport, not just in Cork but in Ireland as a whole, he put Cork on the motorsport map and was a sporting idol for many a Cork person."

The Carrigrohane Straight has an illustrious motorsport history going back to 1930's when it hosted a World Motorcycle Land-speed Record by Joe Wright from Great Britain. It hosted an International Motor Race in 1937 and Cork Grand Prix for cars in 1938 when 40,000 spectators came to see the famous Prince Bira of Siam Race. After World War 2 It also hosted the Munster 100 races and the annual Speed Weekends for cars and motorcycles right up to 1985, when the last event was run alongside the Cork 800 Celebrations.

Mel Nolan continued that proud motorsport tradition and his record is an achievement that will to be celebrated on its 40th anniversary when the Lord Mayor of Cork, Cllr. Colm Kelleher will present Mel with a framed image from the day to mark the occasion. Later in August a recorded interview with Mel will be available on the City Library website as part of the Heritage Week programme.