The delegation is working through a packed itinerary, beginning in San Fransisco with a tour of the World Headquarters of Salesforce tomorrow, Wednesday March 6. This software group employs more than 1,000 people in Ireland.

On Wednesday afternoon, the Cork delegation will attend a reception co-hosted by the San Francisco Sister City Committee reception and the Consul General of Ireland, Robert O’Driscoll.

On Thursday morning, a representative from Cork City Council will meet with Phil Ginsberg from the San Francisco Parks and Recreation Section to discuss best practice in parks and open spaces.

As part of this drive to further raise Cork’s profile in the United States, the Cork delegation will meet the Bay Area Network Representatives (a network of leading Irish business people in San Francisco).

On Thursday evening, the Lord Mayor will meet with the Board of Directors of Presidio Dance Theatre to discuss a planned performance in Cork’s Firkin Crane in June. He will also watch a dance performance.

On Friday, the Cork delegation will attend a flag raising ceremony in celebration of St. Patrick’s Day at San Francisco City Hall. Lord Mayor Cllr. Finn will give a speech at the ceremony.

The Cork delegation will arrive in Florida on Saturday 9th of March. During their visit they will work to improve links with Miami City who rank tourism as their principal industry. PortMiami is one of the top ten containerised ports in the US and the ‘Cruise Capital of the World’. Improved links between Cork and Miami has helped drive Cork’s strong performance in cruise traffic and we would hope to build on this. The delegation will meet with a network of Miami based Irish-American business representatives and Miami City Officials. Following approval from Cork City Council’s Elected Members, the Lord Mayor will also hold discussions around the potential development of a sister city agreement with Miami, supported by Consul General of Ireland Shane Stephens.

On Saturday the Lord Mayor will also meet with Irish-American groups in Fort Pierce, Florida and has been invited to participate in a blessing of fleet and a Civic reception in Fort Pierce. The Lord Mayor has been asked to do the ‘throw in’ at the GAA Exhibition Games at Lawnwood Stadium with Fort Pierce Mayor Hudson, a Kilkenny native.

On his arrival in the US last Saturday, the Lord Mayor attended The Rockaway Parade in New York. This is an annual invitation to the Lord Mayor of Cork, building on long-standing relationships between the Cork diaspora in New York and the city. After this, he attended a breakfast brunch organised by the Cork Community in New York. 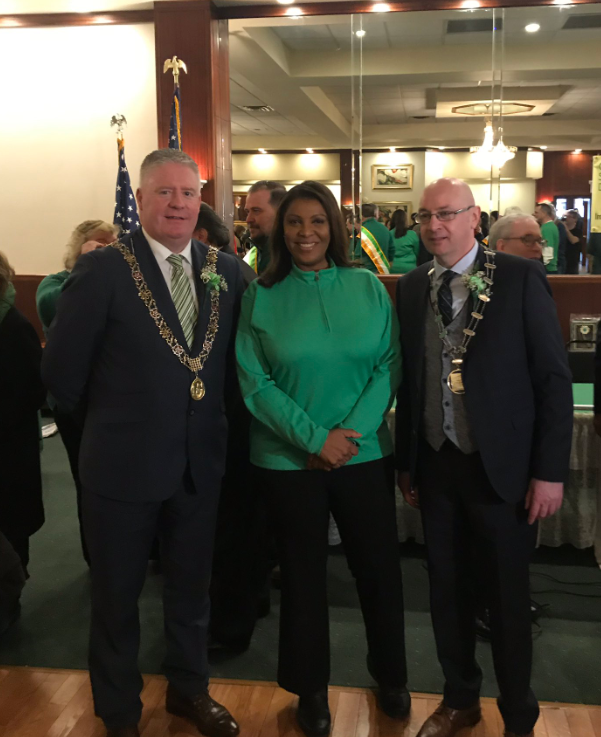