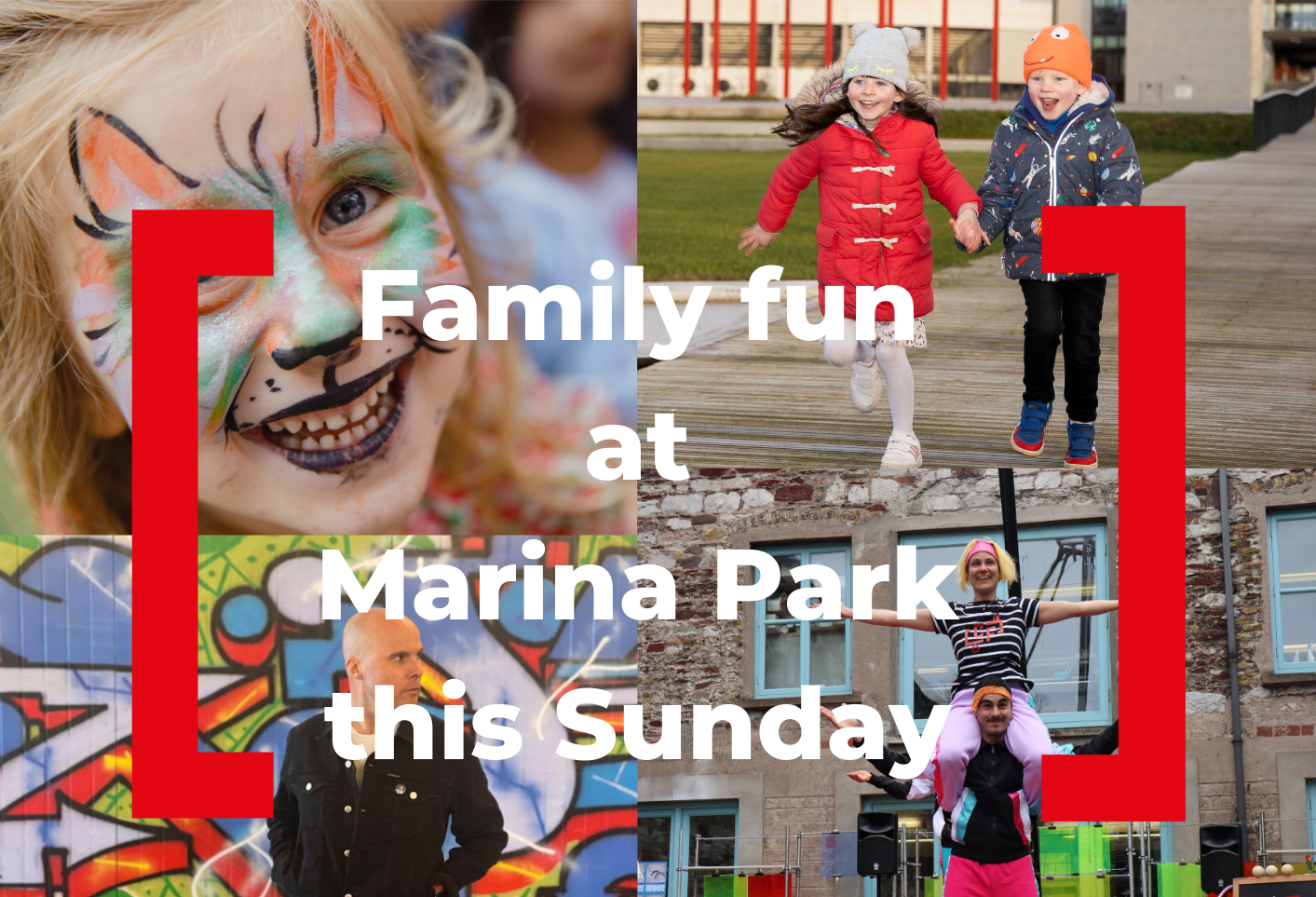 Taoiseach Micheál Martin TD will officially open Phase One of Cork’s newest park – in the heart of Cork Docklands – this Sunday May 22 at 11 a.m.

Marina Park will be six times larger than Fitzgerald’s Park and equivalent in size to Dublin Zoo when Phase Two is completed.  The 146 hectare Cork Docklands is the largest regeneration project in the country and the 70 acre Marina Park will be its playground and a haven for biodiversity.

To celebrate the official opening on Sunday, there will be a sustainability-themed morning of acrobatics, sport, play, music and fun for all the family from 10 a.m. to 1 p.m. with DJ Stevie G acting as MC.

Thanks to Department of Tourism, Culture, Arts Gaeltacht, Sport and Media funding under the Local Live Performance Programming Scheme Phase III, children can take part in Circus Factory’s ‘ Super StarCircus Show’  and ‘Circus Disco’ and Stevie G will also run an  ‘Everybody Dance’ event - an inclusive dance experience which caters for adults and children who are often excluded from events including those with additional needs.

To further mark the occasion, Cork GAA will run a Rebel Óg underage blitz at the 4G all-weather pitch in front of Pairc Uí Chaoimh.

Cork Healthy Cities’ ‘Playful Paradigm’ will also be at Marina Park with their outdoor game pack including giant Connect 4, giant Jenga and will be organising a tug o’ war for all. There will also be face painting, chalk art, balloon modelling and hot food vendors. Representatives from the Cork Urban Soil Project (CUSP) at nearby Marina Commercial Park will also be in attendance. CUSP is a year long experiment that is modelling new ways of addressing the city’s waste streams at a local level. It uses a small biodigester to compost food waste from neighbouring businesses, later using this compost to support local urban food growing and tree planting initiatives.

As part of the official opening ceremony, the Taoiseach will plant an Irish native tree, the wild cherry ( Prunus avium)  while pupils from the Green School Committees in nearby Ballintemple National School and St Michael’s Church of Ireland National School will also plant pollinator plants.

Marina Park is just 2.5 kilometres cycle or walk from the city centre. Phase One was funded with a €3.5 million grant from the European Regional Development Fund’s Southern and Eastern Regional Operational Programme 2014-20 managed by the Southern Regional Assembly. The Department of Housing, Planning and Local Government also awarded a €2.5 million grant to the project under the LIHAF Programme with the remaining funding coming from Cork City Council resources.

An Taoiseach Michael Martin TD said: “This exciting project at Marina Park is a world class facility in the heart of Cork city, demonstrating the Government’s commitment to creating sustainable communities and developing a sustainable way of living for future generations."

"The National Development Plan positions Cork as an emerging city of scale over the next 20 years with the population set to increase by up to 50%.  Central to this transformation is the incredible opportunity that lies in the Cork Docklands which will become a ‘town within a city’.  The 70 acre Marina Park will be its playground and a haven for biodiversity.”

Lord Mayor of Cork, Cllr Colm Kelleher said: “It is fantastic to see such a flagship project for the city being opened by An Taoiseach. Marina Park and today’s official opening event embodies Cork City Council’s vision for the Cork Docklands as an inclusive place that will prioritises sustainability, community and amenity”.

“There is so much to look forward to in this part of the city. When fully developed, Marina Park will be a new eco regional park for the people of Cork and beyond. And the proposed development of connecting active travel links from the city centre along the Marina Promenade and eastwards to Blackrock Castle and the Blackrock – Passage West Greenway presents an irresistible proposition for walkers, runners and cyclists”.

Cork City Council CE, Ann Doherty said: “We believe that by developing a regional eco park first, Cork City Council is enabling Cork Docklands to fulfil its potential as one of the best places in Europe to live and work. The 146 hectare docklands will provide homes for over 20,000 and more than 25,000 jobs over the next 20 years with best in class transportation, public spaces, schools, medical and social services, restaurants, hotels and recreation facilities. This project will grow the heart of Cork City”.

The Docklands has already attracted significant inward investment and with the promise of additional €466 million infrastructure funding this is expected to increase further.

The second and final phase of the Marina Park project is due to go to public consultation later this summer. Phase Two will extend from The Atlantic Pond to Church Avenue and will include the "Nature" zone of the park, accommodating picnic areas, boating facilities, adventure play areas, preserved marshland zone and several architectural heritage sites.