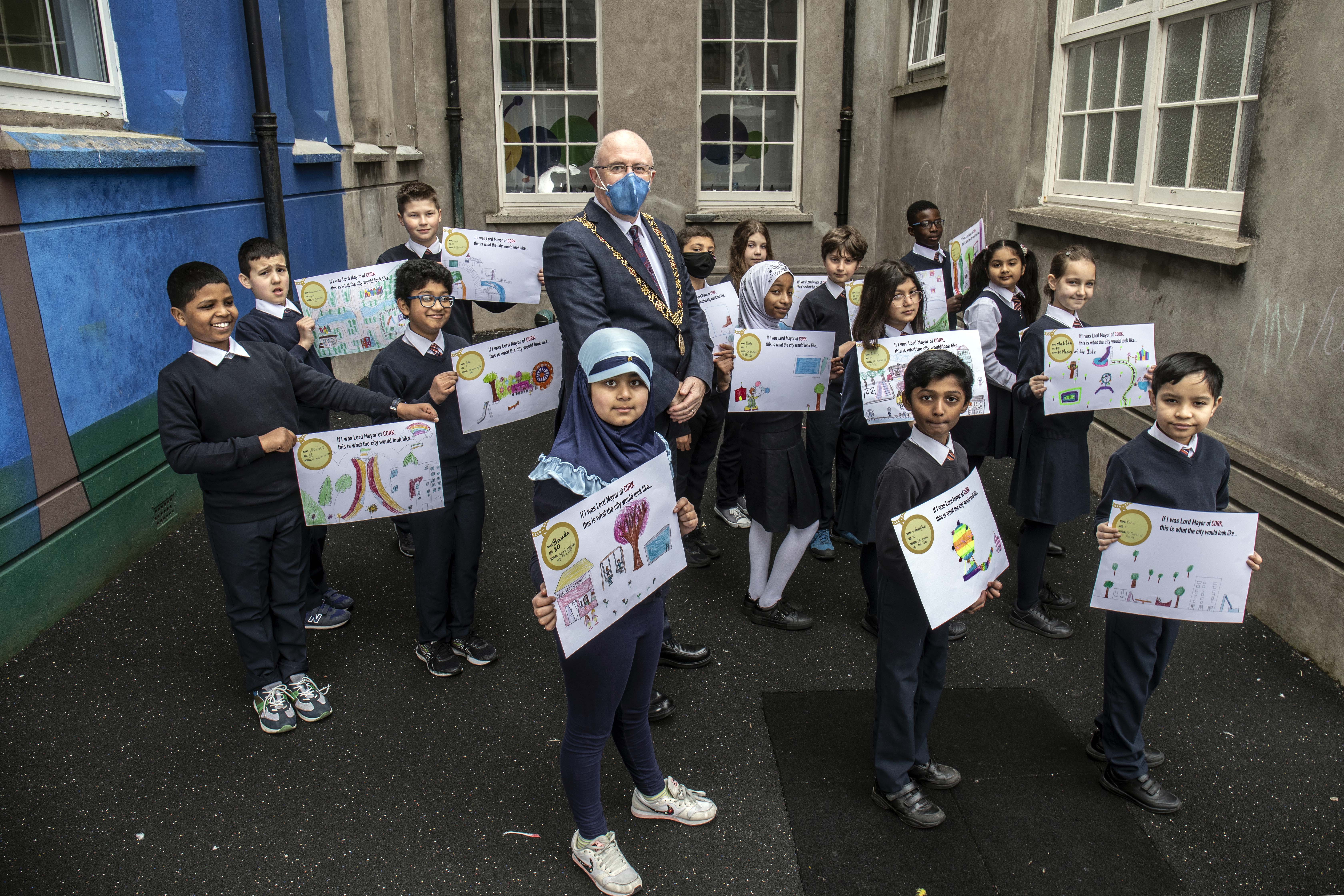 FREEDOM OF THE CITY is an innovative project from the Glucksman gallery that empowers young people to participate in the consultation phase of Cork City Development plan 2022-2028.

Over 1000 young people are taking part in a creative consultation that will capture their priorities for the future development of Cork city. Organised by the Glucksman gallery in partnership with Cork City Council and UCC’s Centre for Planning Education and Research, the project entitled ‘FREEDOM OF THE CITY’ invites primary, second and third level students to explore creative approaches to civic life and express their ideas for a healthier, greener and more playful city.

The young participants are also invited to imagine what the city would look like if they were Lord Mayor of Cork and the current Lord Mayor, Cllr. Joe Kavanagh, recorded a short film to let them know how excited he is to see what they will dream up. He said: “I can’t wait to see what you will imagine for Cork because young people are our future. I have faith in you, your ideas, your imagination.”

Speaking at the launch of the project at St. Marie’s of the Isle, the Lord Mayor commended the Glucksman for devising such an innovative consultation process. He said: “This creative project enables young people to express their views for the future of Cork city and to take part in the planning process for the growth of the city including areas in our expanded city boundary which now includes Ballincollig, Blarney, Glanmire and Tower.”

Fiona Kearney, Director of the Glucksman, said: “It is thrilling for the Glucksman to partner with researchers at University College Cork and planners at Cork City Council to devise a creative consultation process that invites so many young people to shape the future of their civic environment.”

Supported by the Glucksman team, over 50 schools and community groups will take part in creative workshops throughout April and May. The ideas and artworks generated by the young participants will be presented in a public exhibition in the Glucksman in June, and will be reviewed by Cork City Council planners as part of the preparation of the Cork City Development Plan.

Cork City Council has started the preparation of a new  Cork City Development Plan 2022-2028. This is a 2-year process, which evolves through various stages in line with Planning and Development legislation.

About Freedom of the City

The project is named after the custom of awarding the "Freedom of the City" whereby persons distinguished for public service become Honorary Burgesses of a City dates from the 14th century. In recent times, Cork City Council has conferred this award on President Michael D. Higgins, Ronan O’Gara, Niall Tóibín, and Sonia O’Sullivan.

The Glucksman is a contemporary art museum on the campus of University College Cork. It is a leading organisation nationally and internationally for creative learning and access to the visual arts. The impressive and versatile gallery spaces present thought-provoking exhibitions that have thrilled audiences of all ages and abilities.