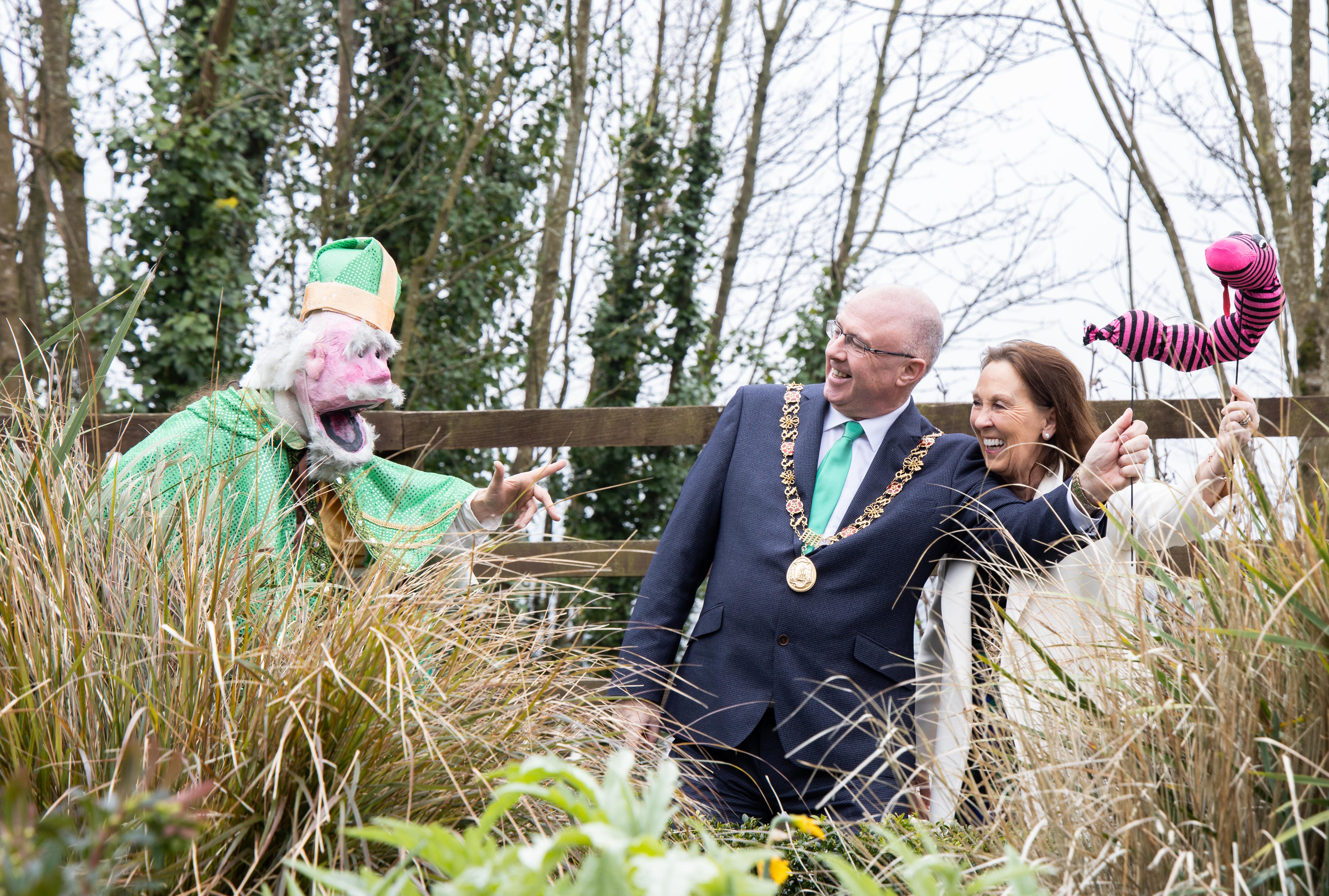 Organised by Cork City Council, the Cork St Patrick’s Festival will take place from March 13 to March 17 and will see over 30 buildings in Cork go green, plus online musical performances, exhibitions and parade workshops.

The theme of the Cork St Patrick’s festival is ‘Meitheal’ and the festival will reflect on what has been positive in our experience of the year past, and the rich seam of community spirit and support that the pandemic has brought into focus.

The Lord Mayor of Cork, Cllr. Joe Kavanagh said “The past 12 months, for all their hardship, have revealed the best in us. They have shown that a sense of community and responsibility to one another remain core to who we are as a people and a community.

To mark our national festival, many of Cork’s most significant buildings and structures are going green this year. From Blackrock Castle to the Shakey Bridge and from City Hall to Blarney Castle, over 30 green points of light will glow in the evening skies as part of the Cork St Patrick’s Festival.

Cork Community Artlink have been inspired by the legend of the Goddess Clíodhna, a patron of Cork, and her three brightly coloured birds to create an online installation called A Tale of Cork. The installation will feature an audio recording which will blend natural birdsong with the voice submissions of participants reciting poetry or poems they have written. A special gallery featuring beautiful images of the birds and their creation will also be live on www.corkcommunityartlink.com from March 13. It is hoped that a physical large-scale installation of the project will be displayed in Cork at a later date.

Even though there is no Parade this year due to COVID 19, Cork St Patrick’s Festival will present several online interactive parade workshops.

Cork Circus will host three simple-to-follow facepainting videos that will show you how to create different parade looks such as The Pirate, the Cat and the Shamrock.

Cork Puppetry Company will host puppet making workshops using materials that can be recycled at home. Each workshop will be introduced by the puppet of St Patrick and on March 17 there will be a special virtual Cork St Patrick’s Puppet Parade featuring videos and images sent in by those who take part in the workshop. The Virtual Parade will take place at 1pm on www.corkstpatricksfestival.ie

Creative Tradition in partnership with Music Generation Cork City and Cork Academy of Music will present The Island of Woods, a traditional music and art project where young traditional musicians are invited to record audio of themselves playing the beautiful Liz Carroll tune 'The Island of Woods'. The performances will be compiled into a big video production which will be released online on March 17. To take part in the video, email creativetradition@gmail.com

For further information on all events see www.corkstpatricksfestival.ie