RTÉ are broadcasting a live commemorative show from the Cork observatory this Saturday July 20 and the BCO observatory team will bring the space experience to the heart of the city by transforming Nano Nagle Place on Douglas St and St Peter’s on North Main Street  into ‘The Moon’ and ‘The Earth’ respectively for the  weekend. 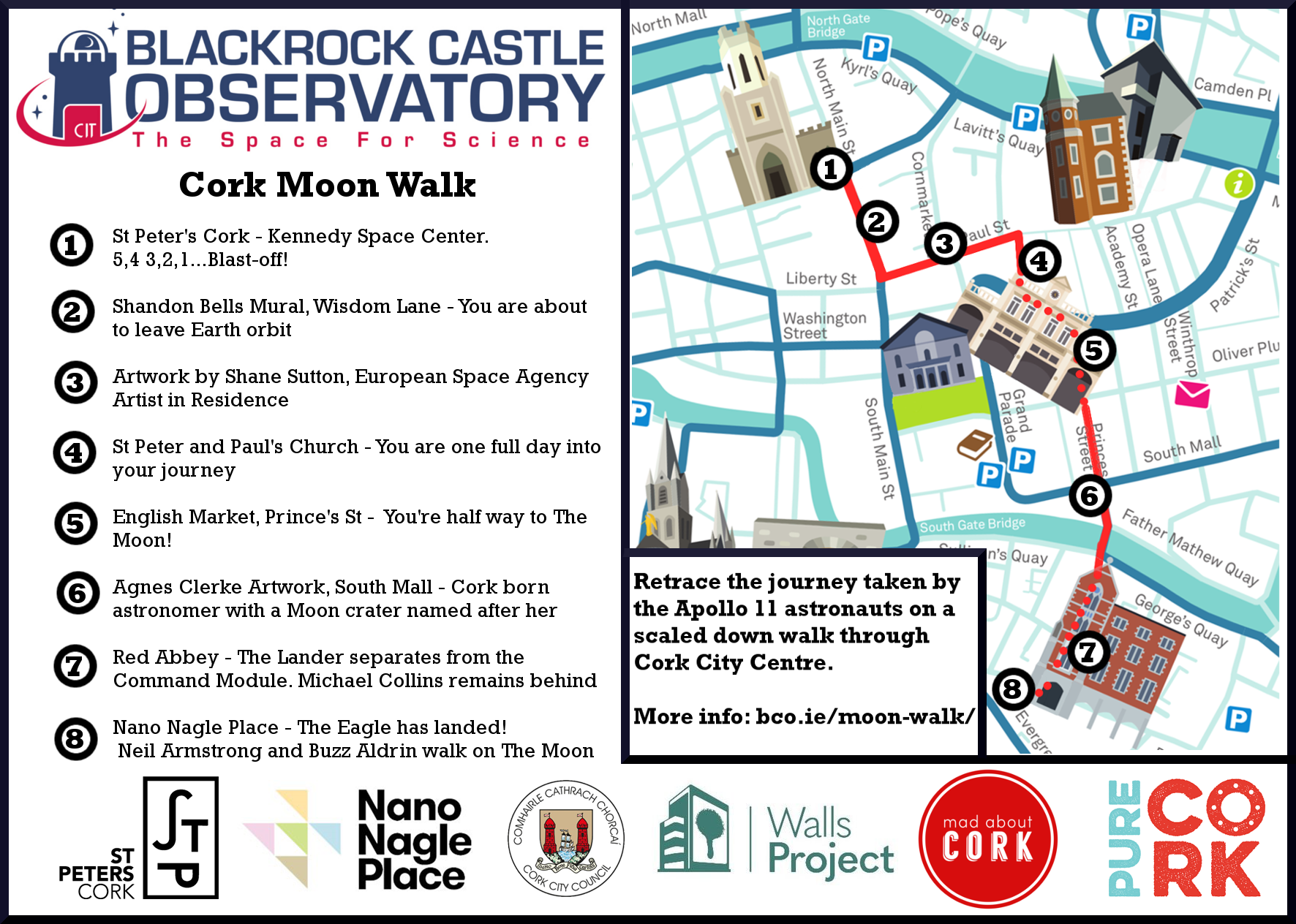 Space fans can take part in a “Moon Walk” and travel between the two locations on a scaled-down walking tour that emulates the iconic mission. There's a bumper schedule of events at each location, including special planetarium shows, workshops, and guest speakers including Leo Enright, Dr Niall Smith and Dr Niamh Shaw.

An exciting element of the celebrations is the installation of a space exploration themed mural by award winning Irish street artist, and 2019 Artist in Residence for the European Space Agency Living Planet Symposium 2019, Shane Sutton. Funded through Cork City Council’s City Centre Placemaking Fund to “enhance, improve and enliven people's experience of Cork city centre" the artwork “Loves Me, Loves Me Not” appears at Cornmarket Centre.

Dr Niall Smith, Head of CIT Blackrock Castle Observatory said:  “These celebrations are an important reminder of humanity’s most daring and impressive achievement. I know that seeing this event live had a deeply profound impact on me, and here at the observatory, we’re hoping that these anniversary celebrations will serve to rekindle that inspirational spirit for a generation that wasn’t lucky enough to see this incredible moment first-hand”.

In honour of the iconic anniversary, the observatory will host a new exhibit from July 22nd, on all things Apollo. They will also open up a whole new area that allows visitors to observe some of the real-time research taking place in their labs.

To find out more about the celebrations in Cork, visit www.bco.ie/events/cork-moon-walk/

To find out more about the RTE broadcast live from CIT Blackrock Castle Observatory www.rte.ie/tv/programmes/1061059-the-day-we-landed-on-the-moon