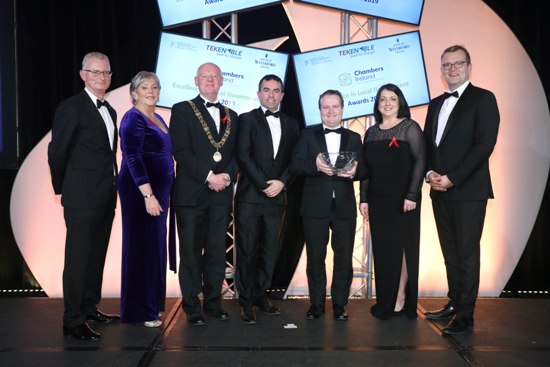 Pictured above at the Chambers Ireland Excellence in Local Government Awards 2019 are the Cork City Council Housing team involved in delivering the Arus Mhuire Downsizing Project.

This is the second award win for Arus Mhuire. Last month it won the top prize in the ‘housing for older people’ category at the Irish Social Housing Awards. This is the third year in a row that Cork City Council’s Housing Directorate has won the Local Authority Innovation Award, having won previously for its use of the ‘competitive dialogue’ procedure to deliver social housing and for its Bishopsgrove project which provides housing to young people in third level education at risk of homelessness.

Sanctuary Runners is also one of four Cork City Council shortlisted in this year’s Pride of Place awards which are taking place in Kilkenny this weekend. The nominated groups are Sanctuary Runners, Cork Community Art Link, Learning Neighbourhoods and Glanmire Area Community Association. 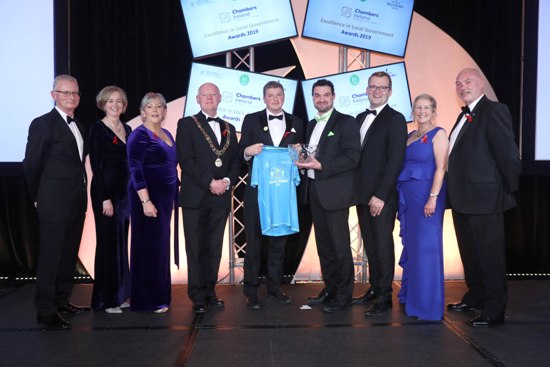 The Lord Mayor of Cork, Cllr. John Sheehan said: “It has been a huge year for Cork City Council, with a major boundary extension and the election of a new Council, but our staff have worked so hard behind the scenes, continuing to deliver innovative projects across all sectors of local government services.  It’s wonderful to receive recognition for this.”