Marking the end of its very successful civic engagement campaign, Cork City Council hosted a final Voter Information and Registration Stand in Cork airport today, Tuesday the 7th of May.

Cork City Council has been working closely with businesses and community groups in the city to promote and facilitate voter registrations in the run up to the Local and European Elections which will take place on the 24th of May. 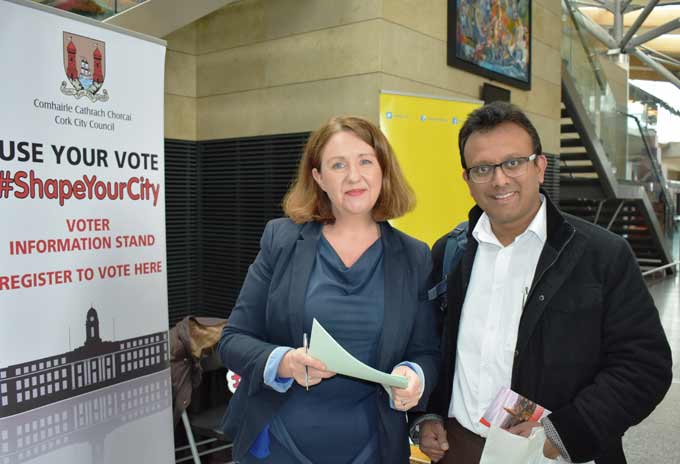 This campaign was carried out in conjunction with Cork City Council’s EU-funded Atlantic Social Lab project, which aims to use social innovation to increase civic engagement. It has been running since September 2018 and drew to a close with the event at Cork Airport today, 7 May - which is the deadline for registering to vote in the upcoming elections.

Throughout Cork City Council’s 'Shape Your City' campaign, Information and Registration Stands were held in businesses such as Voxpro, Pfizer, Johnson Controls, the Marriott International Offices, Dell EMC Cork, Qualcomm, the Tyndall Institute, Irish Rail and many others. Working with community and education organisations such as the Cork City of Sanctuary Movement at their event ‘Promoting Political Engagement: Cork’ in the Millennium Hall, the Nano Nagle Centre for the Chinese New Year celebrations, Cork Migrant Centre, UCC, CIT, various language schools and extensive coverage of all the libraries within the new city boundary in association with An Garda Síochána. Shape Your City also targeted the asylum seeking community in partnership with the Cork City of Sanctuary Movement and Cork Migrant Centre. 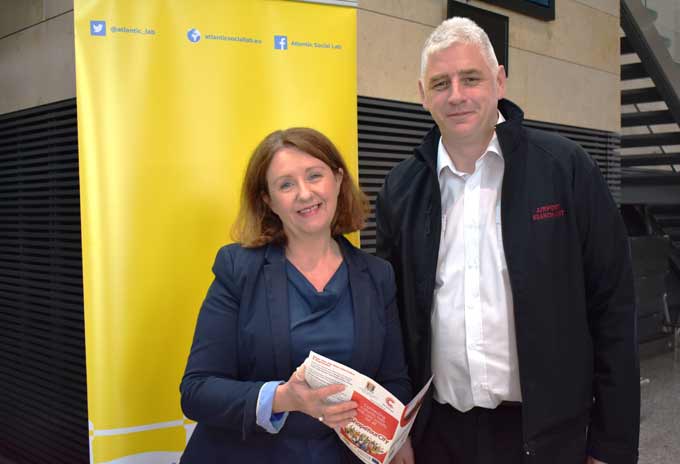 The 'Shape Your City' campaign engaged with people from across the world including France, Italy, Spain, Brazil, India, South Africa, Columbia, Germany and China,

Paul Moynihan, Director of Services Cork City Council said “We are delighted that this campaign has significantly impacted on the immigrant voter registrations and has informed new communities of their voting rights. Cork City Council is working to have communities empowered in ways that ensure that Cork continues to be an inclusive, sustainable, healthy, and culturally diverse city. In today’s world, the Council believes that inclusive, vibrant communities are critical for successful, progressive cities.”

Juliette Crowley, Co-ordinator of the Atlantic Social Lab Project, said “Many newcomers were not aware that once they are residents in the city they are entitled to vote in local elections. Through the Shape Your City campaign, new migrant groups have become more aware of their voting rights and we hope they will now work with community and voluntary groups and local government to contribute to building a better Cork city for all”. 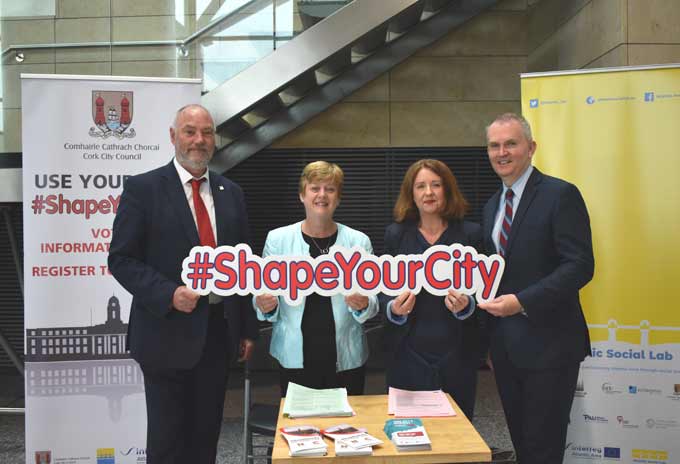