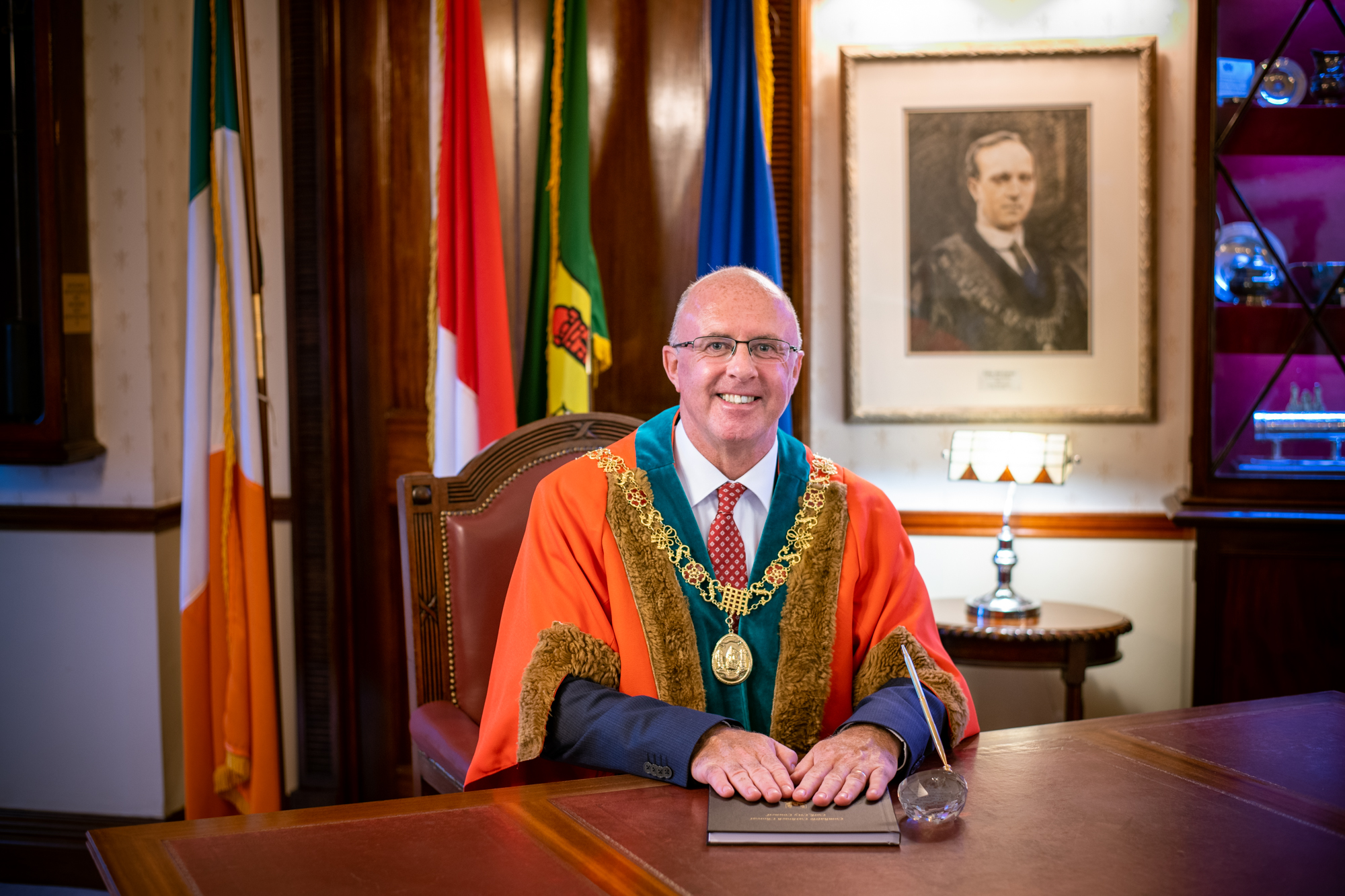 The new Lord Mayor of Cork, Cllr Joe Kavanagh was elected this evening at the Annual General Meeting (AGM) of Cork City Council.

The Montenotte-based Fine Gael councillor was elected by 20 votes to 8.

Due to Covid-19 restrictions, this year’s AGM took place at the Concert Hall rather than in the traditional setting of the Council Chamber with those present respecting social distancing protocol.

In his mayoral speech, the new Lord Mayor said his priorities for the year include leading the safe and gradual recovery of the city’s economy as we learn to live with Covid-19, a reimagined Decade of Centeneries programme and fostering environmental awareness in local communities.

“Working together, we can …reignite the glowing embers of our local economy by supporting local business, hospitality and tourism to get back on their feet,” the Cork City North East councillor said.

“We, as a Council, had wonderful plans to recognise the many important historical events in this Year of Commemoration. The global pandemic has disrupted these events but I wish to work with the Commemoration Committee and officials to regenerate and deliver as many as we possibly can,” he said.

“I have always been very passionate about our environment, and in particular, public realm and litter. A clean city is a healthy city, and a clean city is also a city that will attract tourists, will leave them with a positive experience and encourage them to return. Most of all, a clean city is a place that we all want to work in and live in,” he said.

Outgoing Lord Mayor, Cllr John Sheehan noted some of the highlights of his year in office, including commemorative events, school visits and fundraising events such as the Lord Mayor’s Christmas Concert and Lady Mayoress’ Coffee Morning and acknowledged the incredible community response to the COVID-19 pandemic.  He said: “It has been an incredible honour and privilege and I will always be grateful to Cork City Council for electing me.”

The Lord Mayor of Cork, Cllr Joe Kavanagh was first elected to the North East ward nine years ago in 2011.

Married to Lady Mayoress, Stephanie and living in Montenotte, the couple have two sons, Glenn and Phillip and one grandchild.

Born in Cobh, Co Cork and educated at St Colman’s College, Fermoy, the Lord Mayor has a degree in marketing from Cork Institute of Technology. He worked as a tennis coach for 20 years but his coaching career was cut short by injury and he now works in sales.