Waters have receded although there is still some ponding on Oliver Plunkett Street and its side streets. City Council Operations crews, Civil Defence and Fire Service are on site with jet vacs and pumps to remove water.

Minister Patrick O'Donovan T.D. is visiting Cork City this morning to offer support to traders and property owners in the areas affected.

If any property owners in affected areas wishes to take further precautions, gel bags are available for collection at the following locations/times:

These will be available for collection at the following times:

Cork City Council asks motorists to avoid low lying areas of Cork City Centre until 11 a.m. this morning, Tuesday 20 October, due to serious flooding following high tide this morning.  Traffic is heavy in the city as diversions are in place.

Motorists are being asked to avoid Cork City Centre - if possible - before 10 am today, Tuesday 20 October.

Cork City Council and Met Eireann are advising that flood risk has increased since yesterday due to stronger south easterly winds.

There is significant risk of flooding in low lying quays and the city centre.  High tide is  at 08.35am. 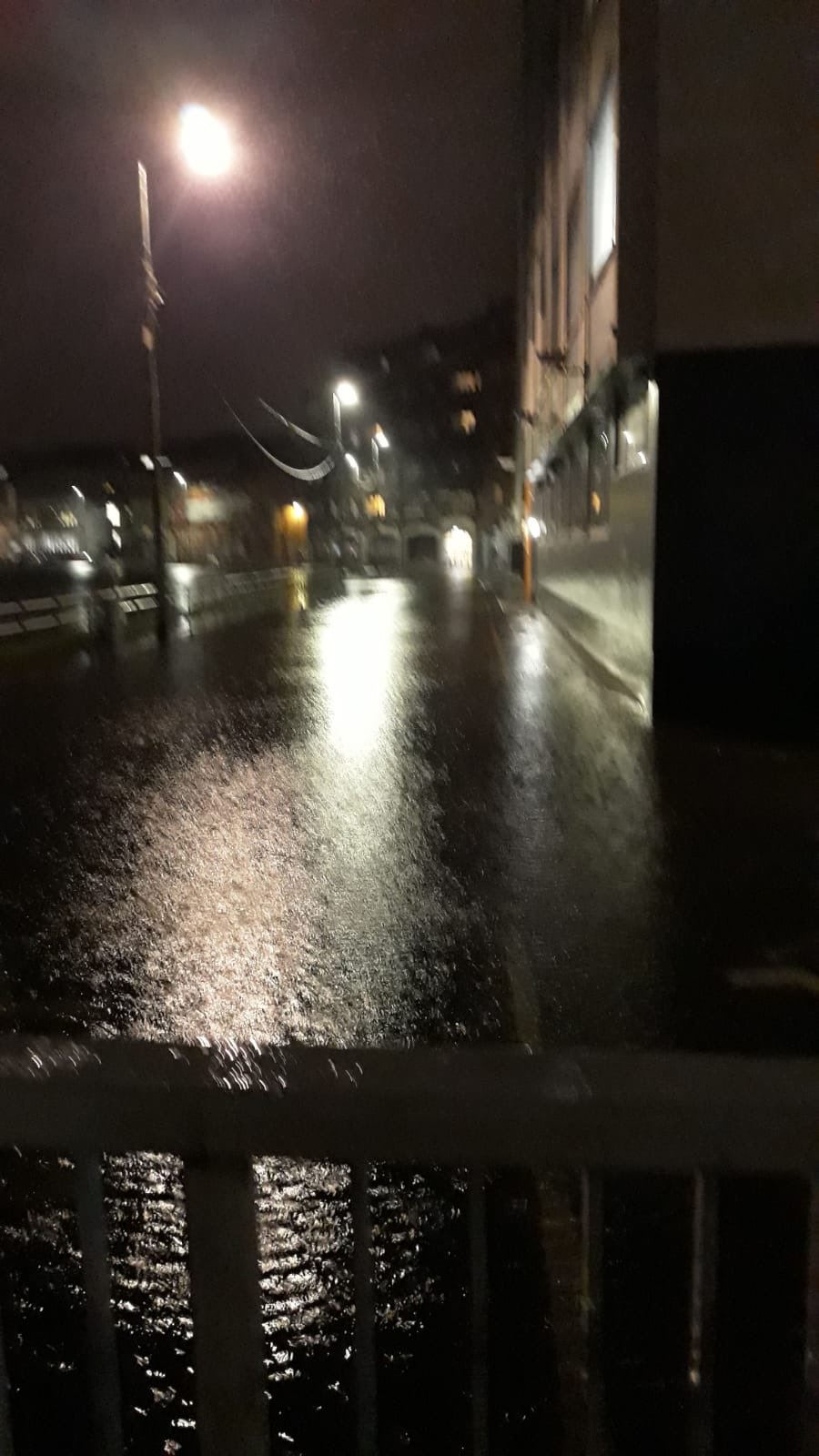 Cork City Council wish to advise that there will be a period of very high astronomical Spring Tides from this evening.

A tidal surge and strong south-easterly winds are also forecast to occur at this time. These factors combined will result in tide levels higher than the natural tide levels.

The natural cycle of High Tides for the following days is predicted for:

There is now a significant risk of tidal flooding in the City at these times.

Householders and Businesses should take Precautionary Measures to protect property:

It is highly likely that flooding will occur in the low-lying areas of the City Centre in particular on:

There is also now a risk of flooding in the following locations:

The situation will continue to be monitored and further advice will be issued.  The City Council’s flood response plan has been activated including full Inter-Agency coordination.  We will be posting regular updates to our Twitter (@corkcitycouncil) account as well as the City Council’s website (www.corkcity.ie)

Cork City Council have a limited stock of gel-bags and sand-bags available for collection by members of the public and businesses (details below).

These will be available for collection at the following times:

As availability is limited, Cork City Council may have to ration or refuse issue of bags and all requests may not be fulfilled.

A number of road closures and traffic restrictions will be necessary. Diversions will be put in place to ensure traffic can still circulate.  These will be introduced from early afternoon in order to reduce any negative impact of traffic movements through standing water.  Any restrictions will be eased as appropriate.

The City Council’s Customer Service Unit (CSU) has extended its opening hours this evening until 21:30hrs and will be operating from 07:30hrs tomorrow, to allow members of the public contact us with any issue that may arise due to this flooding event.  The CSU can be contacted on 021-4924000.

David Joyce, Director of Operational Services in Cork City Council said “Cork City Council is well prepared to support the citizens and businesses of Cork during this tidal event.  We have resources on standby and in conjunction with the other Principal Response Agencies, including the Fire Services, An Garda Siochana and the Civil Defence, we stand ready to respond to whatever issues arise".