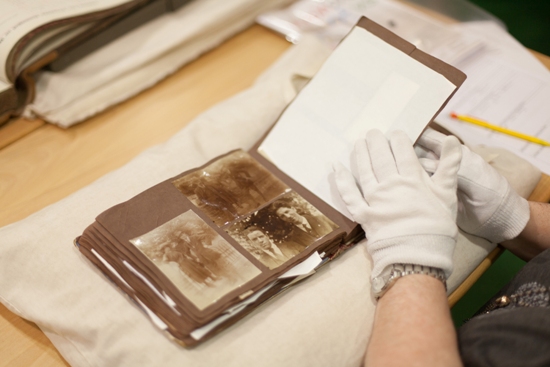 The Archives of Us lifelong learning project, funded by The Cork Creative Ireland Team, involved a course of 3 workshops on the 1918-1922 and 1618-1918 periods, held in October 2019. Participants learned about key aspects of Cork’s History, and creatively interacted with some of the surviving local archives at CCCA, with the guidance of an historian and archivists.

Each participant worked on reading and researching a chosen archival document and made a presentation about its contents and context to the group. Two artists, Brian MacDomhnaill and Marianne Keating, were commissioned to attend the workshops and to develop artworks in response to what they learned and observed during the Archives of Us course.

On February 13th, at 7.30 p.m. the artworks will be launched at the Archives, and participants will be given a certificate of participation by the Lord Mayor Cllr. John Sheehan.