Advance works to begin on Passage to Blackrock Greenway (Phase 1) 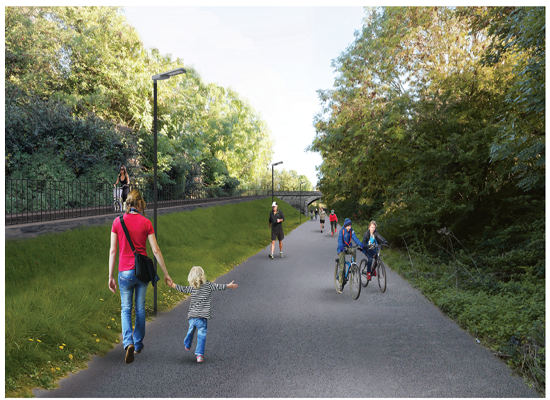 Advance work on Phase 1 of the Passage Railway Greenway Improvement Scheme will commence on Monday 22nd February. Phase 1 relates to the section of Greenway from the N40 near Mahon Point to the Marina.

The works commencing on 22nd February relate to the site clearance activities which have to be carried out in advance of the bird nesting season. This phase is likely to take approximately two weeks to complete. The site clearance work will include the removal of brush and trees. A total of 46 trees will need to be removed a limited number of which are already dead or unsafe. The project will replace these trees with 65 semi mature trees plus over 2,000 saplings. The new trees will be native Irish species as advised by the project’s environmental advisors.

The greenway will be kept open to the greatest possible extent throughout the works however it will be necessary to close sections on a rolling basis for the safety of both users and workers. Traffic management plans will be established to facilitate the safe movement of construction traffic. Pedestrian signage plus information and diversion signage will also be erected for the safety and convenience of pedestrians and cyclists.

The overall aim of the Passage Railway Greenway Improvement Scheme is to provide a high quality, attractive transportation and recreational route while also creating and supporting a environmental living corridor.