Archdeacon Duggan was the first chaplain to be awarded the Military Cross during World War II and is widely regarded for his military heroism. He is best remembered for his unwavering bravery in voluntary service in both world wars and his contributions to the Irish struggle in the War of Independence and the Civil War. 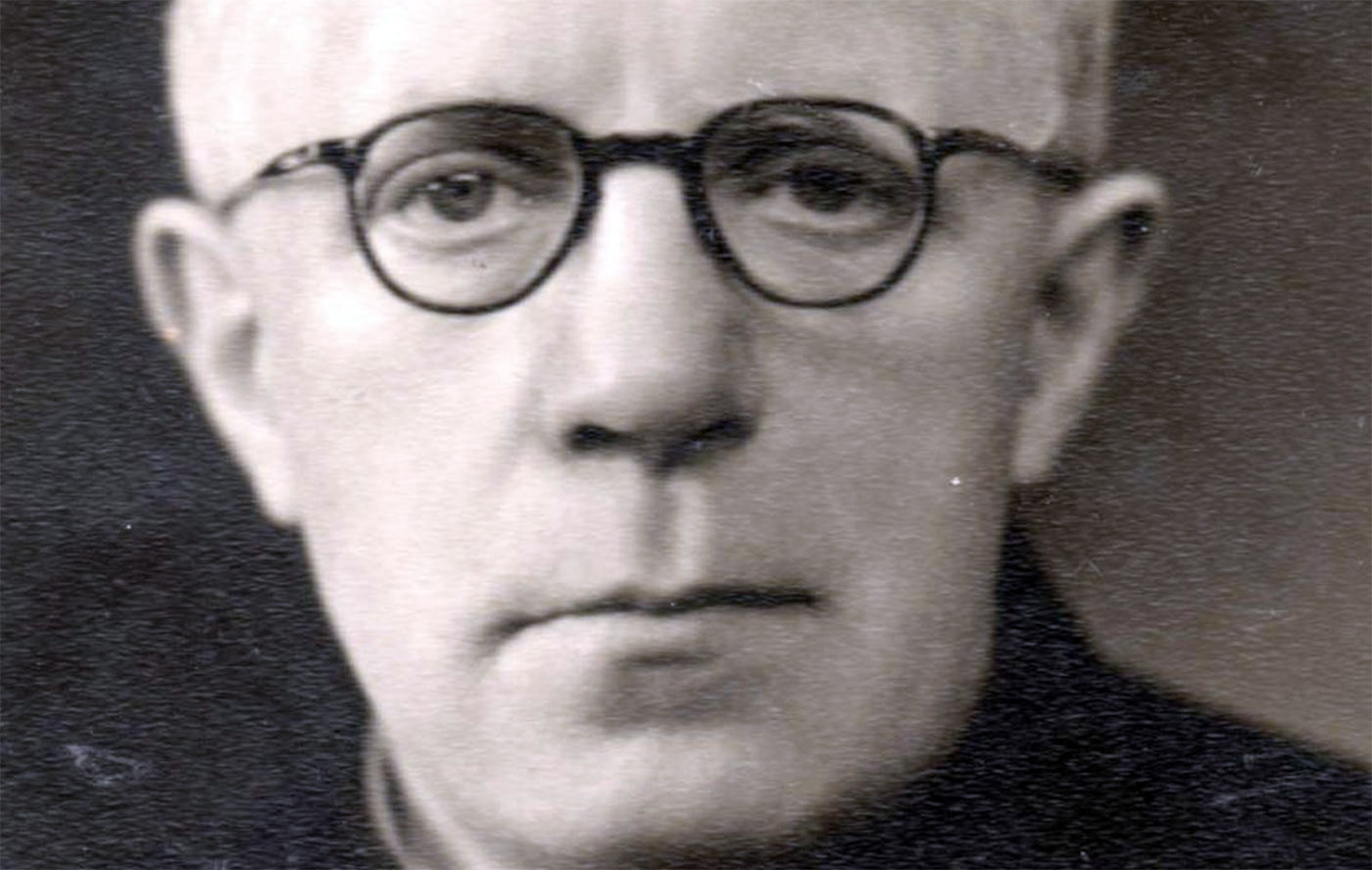 (Above) Portrait of Archdeacon Thomas Duggan

Thomas Francis Duggan was born in 1890, according to 1911 census he resided in Dunderrow, Co. Cork at the age of 10, and was the eldest of four to parent teachers. He received his early education at Christian Brothers College and attended St. Finbarr’s College in Farranferris, a new Diocese of Cork and Ross Seminary at the time, where he served as Chaplin in later life. Ordained at St. Patrick’s College, Maynooth, Co. Kildare on 20th June 1915; his chaplaincy extended from displaying formidable grit in the face of war and suffering to embracing nationalist principles. From an early age, he took on the unique position of working for both sides, the British and the Irish.

Upon completing his education in 1917, Duggan pursued his calling in military services during both World Wars. He answered Cardinal Michael Logue’s appeal for Irish clergymen to join the War effort and served as military chaplain to the British forces in Flanders. In his testimony to the Military Bureau, he explains,

“my generation in Maynooth embraced the ideals of Easter Week 1916 with a hundred percent fervour. That did not prevent us from becoming Chaplains in the British Army…Everyone admitted that these boys were spiritually intractable to anyone save an Irish priest”.

He was posted to several divisions including the First Battalion of the Royal Munster Fusiliers at the front lines. There he faced the full power of the German Spring Offensive at Ronssoy village, where he set up a Regimental Aid Post in the middle of German shelling. The division suffered an estimate of 5,500 casualties from which Fr. Duggan was captured on 22nd March 1918 at St. Emilie, 14 miles northwest of St. Quentin as he refused to leave the wounded. Imprisoned at Mainz, he was forbidden from ministering to other prisoners of war and was not released until the Armistice. By the start of the Second World War and at 50 years of age, Fr. Duggan made a special appeal to the Roman Catholic Chaplain General and was appointed to the 8th Battalion of Durham Light Infantry Regiment in France. He was based in Dunkirk when the German forces advanced near his aid post. Under heavy shell fire, Fr. Duggan made several journeys back and forth carrying the wounded to the cellars of the nearby chateau. For this act, he received the Military Cross (MC) which reads:

In addition to the MC, he was acknowledged for his acts of remarkable gallantry in Military Chaplaincy and was awarded the following medals, all of which are now in the collection of Cork Public Museum. 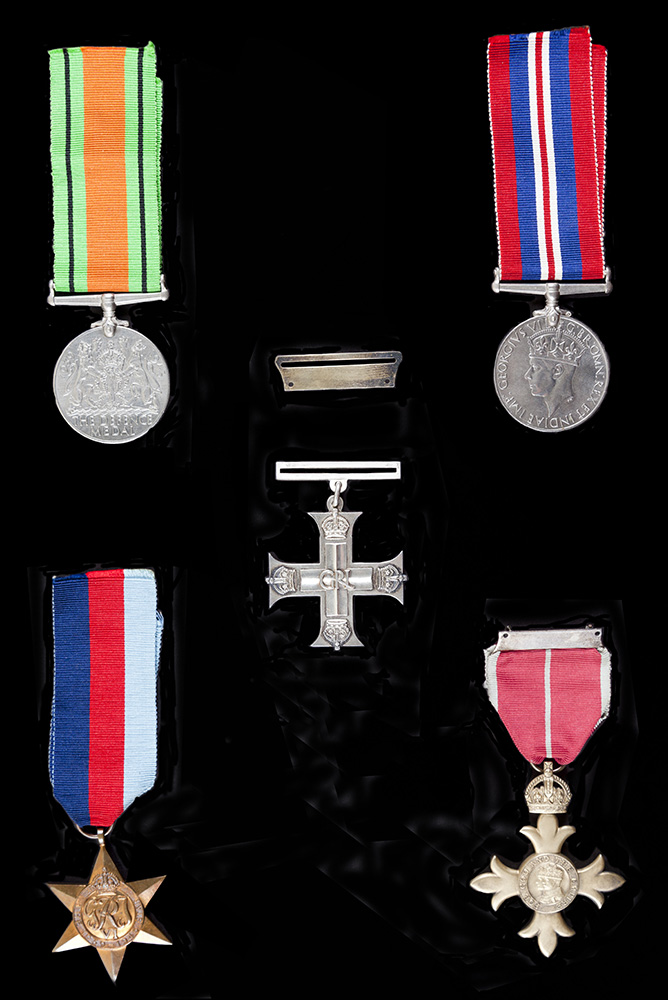 (Above) Military Cross and Service Medals of Thomas Duggan

Fr. Duggan came from a line of nationalists. An illustrated document of Fremantle Prison Australia, currently on display at the Museum, gives evidence of his grandfather, also a Thomas Duggan, as one of sixty-three Fenian Prisoners held in 1868. 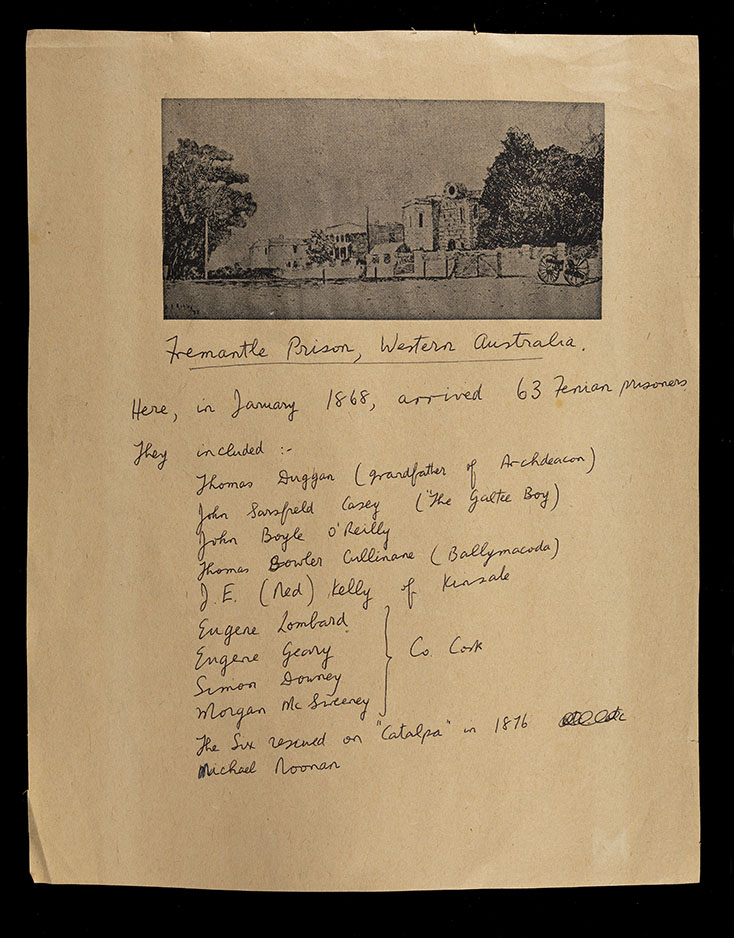 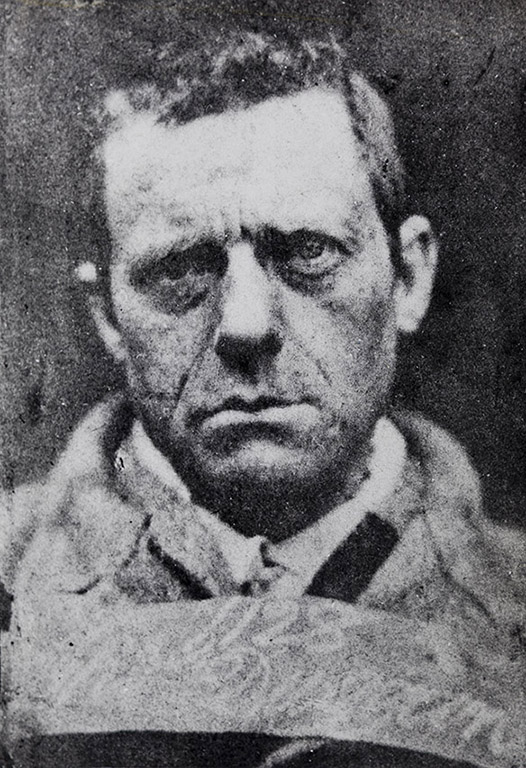 Despite joining the British Forces, Fr. Duggan nurtured a republican fervour building associations with members of the Sinn Féin. He was on close terms with figures such as Michael Collins, Éamon de Valera and Tom Barry. CPM houses photographs of Tom Barry’s wedding which was ministered by Fr. Duggan himself. During the Hunger Strikes in Cork Goal 1920, Fr. Duggan tended to strikers as an Assistant Chaplain. In Guerilla Days in Ireland, Tom Barry remarks that Fr. Duggan was “prepared to take any risk to save the lives of the Irish Soldiers condemned to die”. Having unlimited access to the incarcerated, he, Fr. Duggan, entered with hidden weapons and gun cotton to assist in the plot of freeing them by blowing up the prison walls, though the mission proved unsuccessful. A few years later, he acted as mediator endeavoring to keep the peace facilitating contact between pro and anti treaty parties. 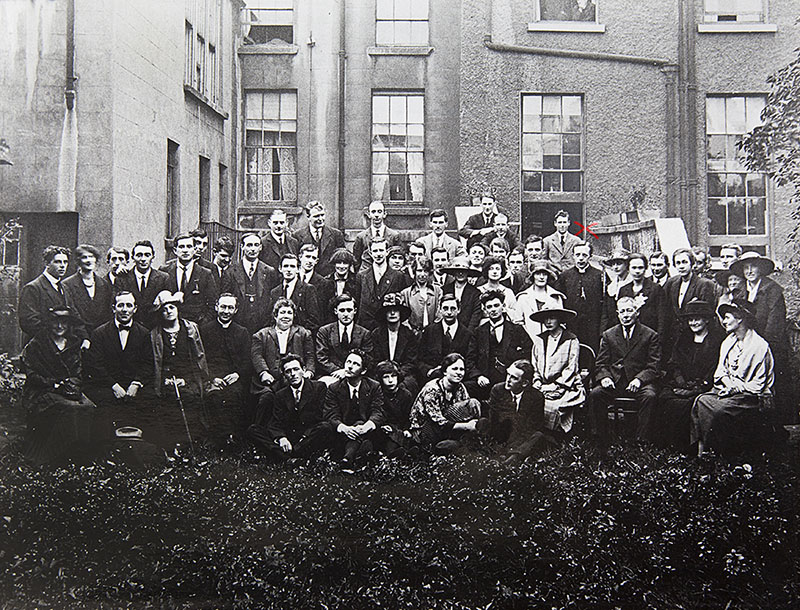 (Above) Group Photograph at Tom Barry's Wedding 22nd August 1921, with Fr. Duggan standing in the front row. (marked with a red 'X')

Though Fr. Duggan taught in the diocesan seminary, he always cherished a passion for missionary work. It was not until 1961 that he resigned to pursue a mission in Lima, Peru but died after 40 days of a heart attack at 71 years old and was buried there. His memory lingers in Cork and is commemorated by a bridge at Kinsale, named after him on 24th January 1977, as it was the place where he served as Vicar Forane of the Kinsale Deanery (1954-57) and Archdeacon in 1955. 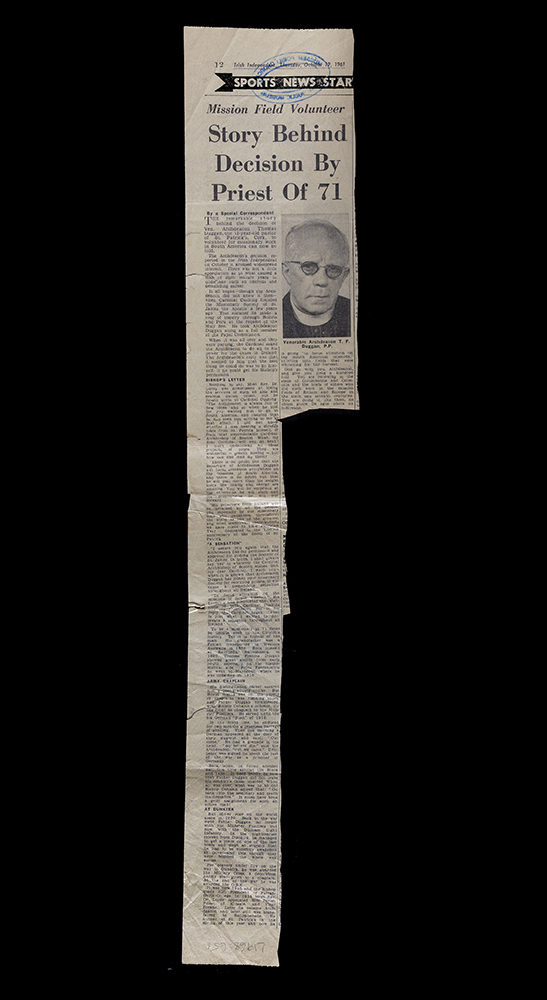 (Above) Article on Archdeacon Duggan in the Irish Independent, 19th October 1961. 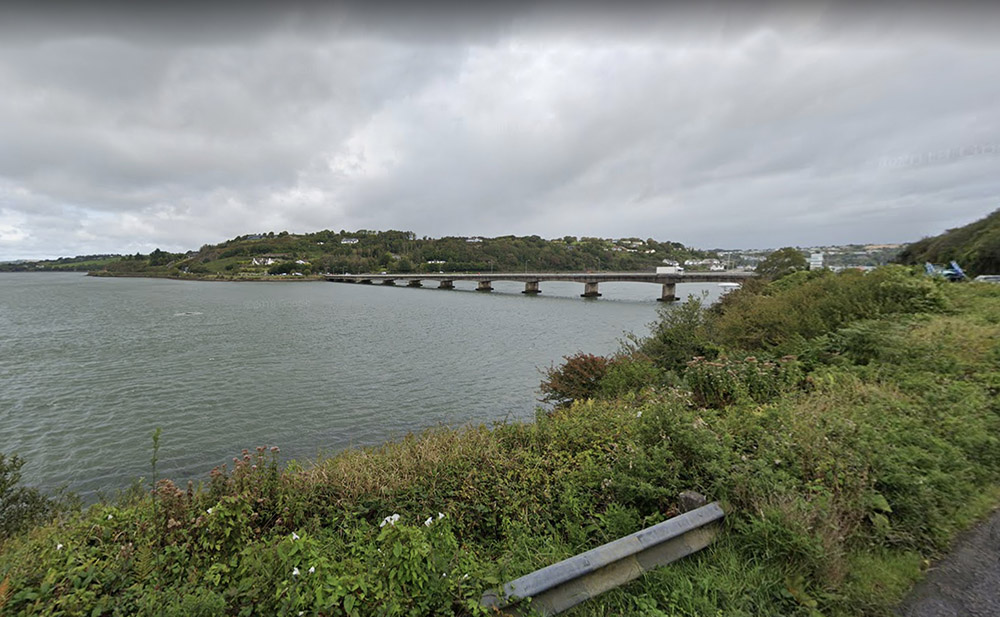 To read more on the remarkable life of Father Duggan, please consult the following resources: