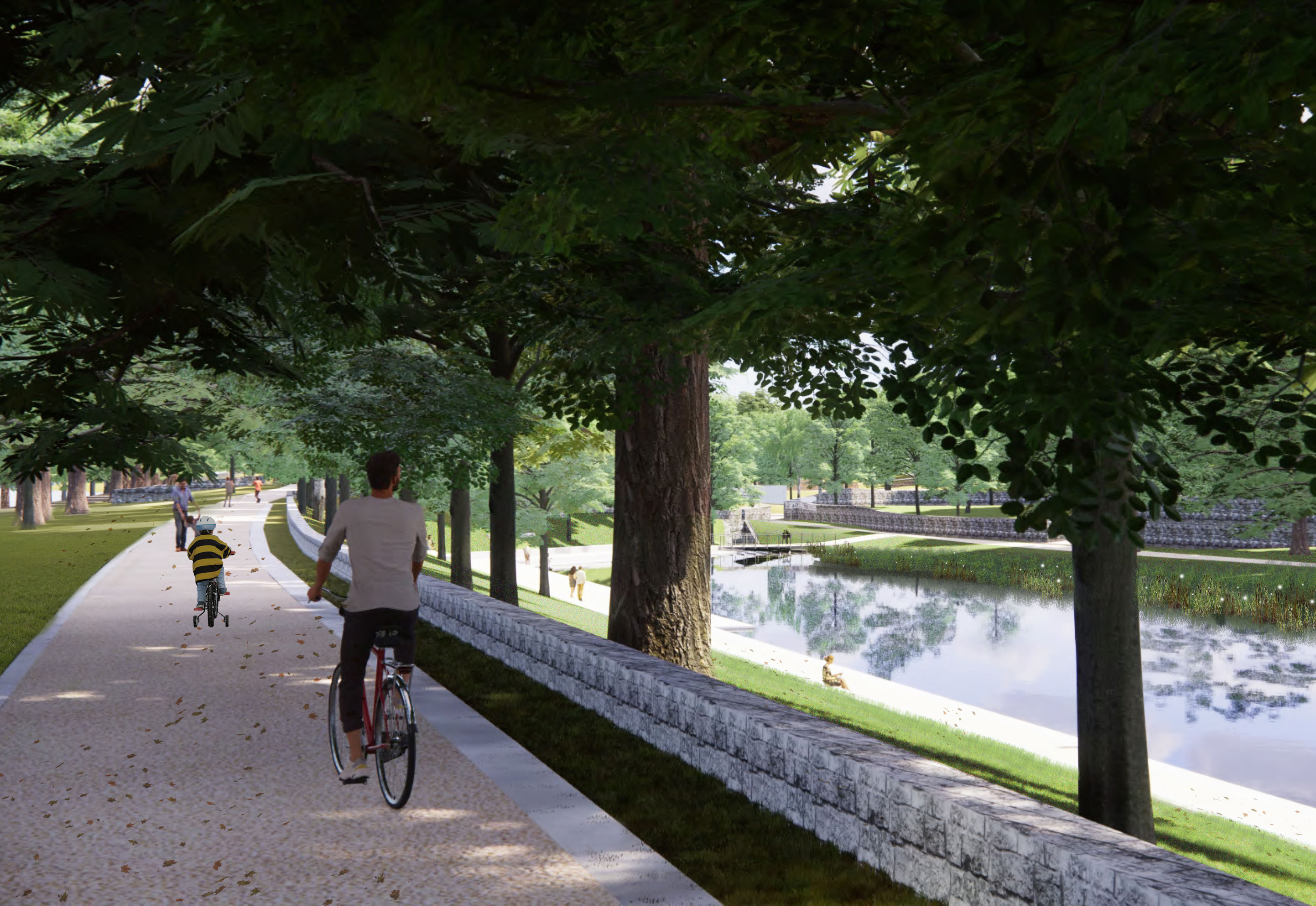 With the next phase of the 70 acre Marina Park on course to begin this summer, advance works are taking place over the coming weeks.

A long-term ambition of Cork City Council, the completed park will be six times larger than Fitzgerald’s Park and equivalent in size to Dublin Zoo. Phase 1 of the park (14 acres) was officially opened in June 2022.

Just 2.5 kilometres from the city centre, Marina Park is a key economic driver and catalyst for Cork Docklands.  This next and final phase of Marina Park will extend from The Atlantic Pond to Church Avenue and will accommodate picnic areas, adventure play areas, new paths, a preserved marshland zone and the restoration of several architectural heritage sites. It will deliver high-quality public space and landscaping while protecting and enhancing the natural heritage and biodiversity of the area.

To facilitate the development of woodland trails and paths, some trees and scrub must be removed in the coming weeks. Ten trees will be removed to facilitate construction of the approved park design and a further 16 trees will be removed as they are diseased or dead and hence pose a safety concern. Extensive new tree planting (70+ trees) forms part of the next stage of the park, based on expert biodiversity and landscape advice, with a focus on biodiverse native planting.

The Marina Park works will include: