Statement on An Bord Pleanála decision on Morrison's Island Project 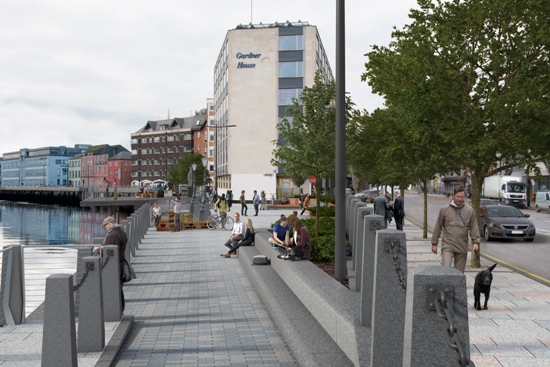 Cork City Council has welcomed the decision by An Bord Pleanála (ABP) to approve the Morrison’s Island Public Realm and Flood Defence Project.

In its decision, ABP stated that, subject to compliance with conditions set out, the proposed development would:

“I very much welcome the decision announced this morning. I think that the decision is a strong vindication of the rationale in bringing forward this public realm project, and is also an endorsement of the design and quality of the scheme.  This is a transformational scheme for the city centre and for riverside amenity and I believe it will be warmly welcomed by Cork people and visitors alike.”

“An Bord Pleanála’s decision enables the fulfilment of a long standing objective for the City.  The project will deliver a high quality public space at this important waterside location as well as much needed flood protection works.  Cork City Council will now proceed to complete the detailed design and tender documents with a view to awarding the works contract in the coming months.”

In making its decision, ABP referenced key the location of the site in an established, built-up urban area in the heart of Cork City, and also referred to: