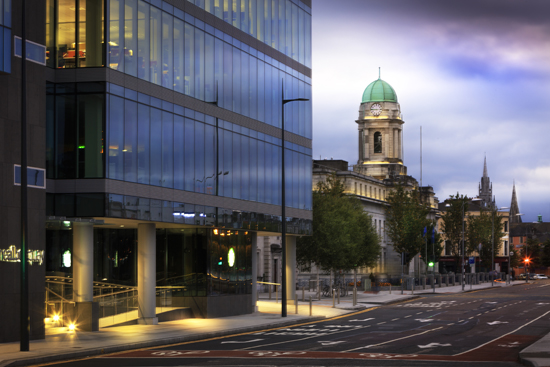 Cork City has been hailed the fifth overall best city in Europe for economic potential, according to the Financial Times FDI European Cities and Regions of Future 2020/2021 league.

The influential publisher ranked Cork’s economic potential higher than a range of top tier European cities including Amsterdam, Oslo and Frankfurt. The prestigious ranking looks at metrics such as GDP growth, credit rating, economic freedom and labour productivity and Cork scored highly in each of these areas.

fDi Intelligence is the Financial Times' specialist service for global investment and recognises civic jurisdictions that excel in a spectrum of categories relating to technological and digital development, in sectors ranging from the economy to healthcare, education and policy.

75 European cities were ranked according to Economic Potential, Innovation & Attractiveness, FDI Performance, Cost Effectiveness and Start-up Environment, as well as by a sixth category around broad FDI Strategy.

This achievement is a testament to the significant attention and collaborative efforts of multiple stakeholders in Cork , including Cork City Council,  in making the city region an attractive location for global FDI and particularly to international investor tech start-ups from the US. This is achieved through a focus on placemaking, skills development and education, financial incentives, connectivity (digital and transport) and quality of life.

Cork is the fastest growing city in Ireland and it is projected that the city’s population will continue to grow over the next 20 years, reaching over 350,000 by 2040. Fast growing indigenous companies as well as multinationals have chosen Cork to take advantage of our ecosystem’s vast strengths, combined with the quality of life and environment that exists here.  Over €1bn of office, hotel and apartment developments are currently underway in the City. The Cork Docklands area is set to provide 179 hectares for business regeneration with employment projections of 30,000 jobs and 30,000 residents.

Welcoming the accolade, Lord Mayor of Cork, Cllr. Joe Kavanagh said: “We are delighted to be ranked the fifth overall best city in Europe for economic potential. Despite the enormous challenges posed by Covid-19, Cork remains on track to retain its pool of FDI and expand its economic base in 2020. This confidence in our collective futures for Cork to thrive is clear in the sustained growth evident with the large numbers of people from overseas choosing Cork City as a place to live and work.”

Cork City Council CE, Ann Doherty said: “We are delighted to see Cork being ranked so highly as a location for investment and economic potential. Cork City Council has worked hard with IDA Ireland, UCC, MTU and Enterprise Ireland to make Cork a global investment capital where businesses are enabled to flourish and expand. Because we are an agile, compact city each investor who comes to Cork City can enjoy focused attention from the agencies to support the needs of business.”